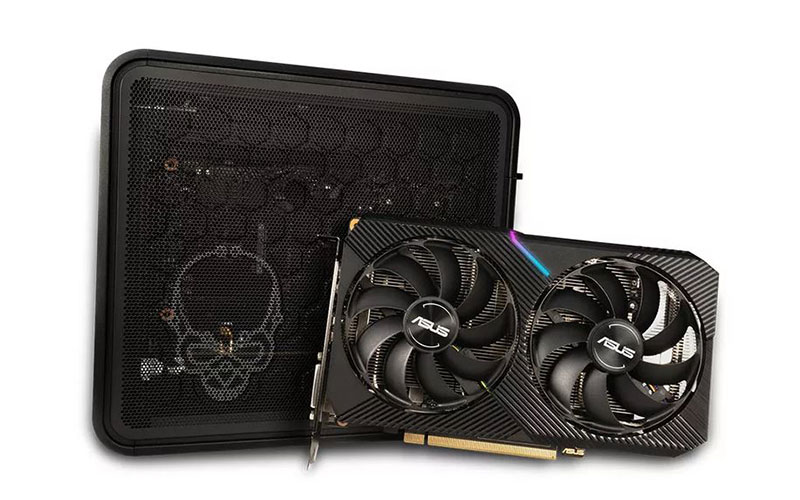 ASUS has unveiled a new NVIDIA GeForce RTX 2070 graphics card, and it's really small. The ASUS Dual GeForce RTX 2070 Mini was designed for the new Intel NUC 9 Extreme and Pro Kit, and it's supposed to bring the cooling performance of larger cards to small form factor PCs.

This is a dual-slot card that measures just 19.7cm long, but it packs dual axial-tech fans that can stop spinning entirely when the GPU isn't working too hard. It also features a boost clock of 1,650MHz in OC Mode, up from 1,620MHz in Gaming Mode.

Mini GPUs aren't anything new per se, and we've seen plenty from the likes of Zotac. However, what is new is the fact that ASUS built this card specifically for Intel's new NUCs, touting a redesigned shroud, heatsink, and heat pipe layout that supposedly allows the fans to take advantage of the mesh side panel on the NUC 9 kits. 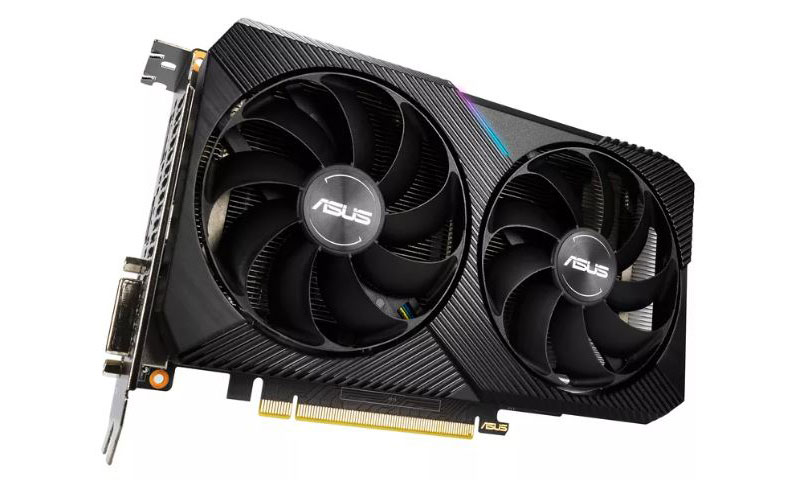 This is significant because it seems to suggest that ASUS is confident enough about Intel's tiny PC to make a card for it. Intel's approach to the NUC 9 has its fair share of doubters and detractors, but it could potentially lower the barriers to entry for PC building and make the whole process a lot more accessible.

Separately, Razer and Cooler Master have also both announced cases for the NUC 9. One of the concerns around Intel's form factor is what the support and ecosystem is going to look like, so every effort from a major brand counts. Moving forward, ASUS says it has plans to release similar miniature versions of the GeForce RTX 2060 and GeForce GTX 1660 Super later on in Q1.

Join HWZ's Telegram channel here and catch all the latest tech news!
Our articles may contain affiliate links. If you buy through these links, we may earn a small commission.
Previous Story
The Razer DeathAdder V2 is a much welcome update to a beloved classic
Next Story
Lian Li's O11D Mini is a smaller, modular version of the excellent O11 Dynamic