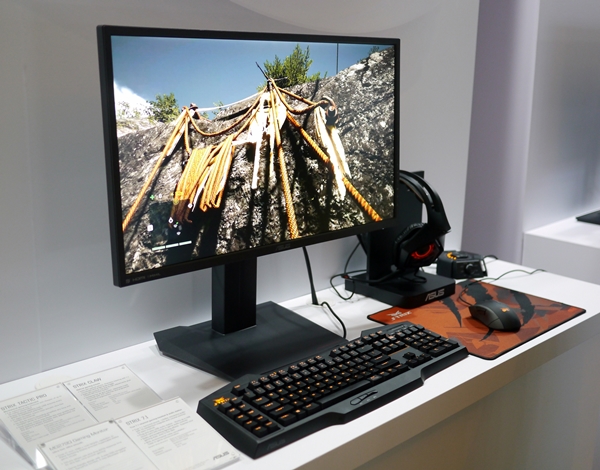 First seen at CES 2015, the new ASUS 27” WQHD MG279Q monitor now officially supports AMD FreeSync. It has also joined ranks with the family of AMD FreeSync monitors. As you know by now, AMD’s frame synchronization technology aims to eliminate frame tearing when the refresh rate of the graphics card is not in sync with that of the monitor and also remove the input lag associated with enabling vertical synchronization (V-Sync).

However, unlike NVIDIA G-Sync, AMD FreeSync is royalty-free, and requires no proprietary hardware. It is closely tied to the DisplayPort standard called Adaptive Sync. The ASUS MG279Q features an IPS panel with a resolution of 2560 x 1440 pixels. And since CES 2015, it may have had a little hardware tweak as its refresh rate has been bumped up from 120+Hz to 144Hz. Like all IPS monitors, this gaming monitor promises vivid color reproduction with excellent viewing angles (178 degrees wide view angles). It also boasts of ultra-low blue light technology to reduce eye strain. As usual, there isn’t any information on pricing and local availability but do stay tuned for more updates.