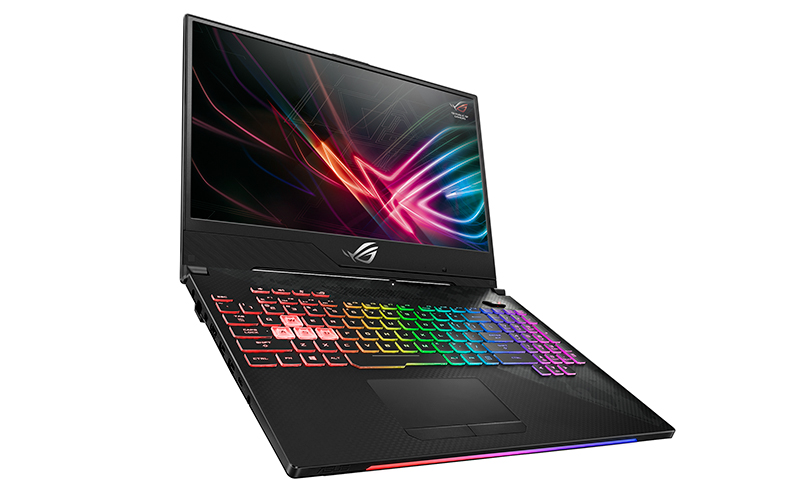 Note: First published on 5th June 2018, these notebooks are now available and we've updated the local pricing and availability.

ASUS has been paying attention to which direction the wind is blowing. The company today announced updates to its ROG Strix Hero and Scar laptops, with the new models featuring much thinner bezels than before.

The Hero II and Scar II are still designed for MOBA and FPS gamers respectively, but they now come with a bunch of quality-of-life improvements that help make them more competitive.

The biggest upgrade probably comes in the form of the display, and the new laptops boast slimmer bezels and more responsive 144Hz panels. According to ASUS, these are the first laptops to offer 144Hz IPS screens with a speedy 3ms gray-to-gray response time. In comparison, other companies mostly use 7ms screens. 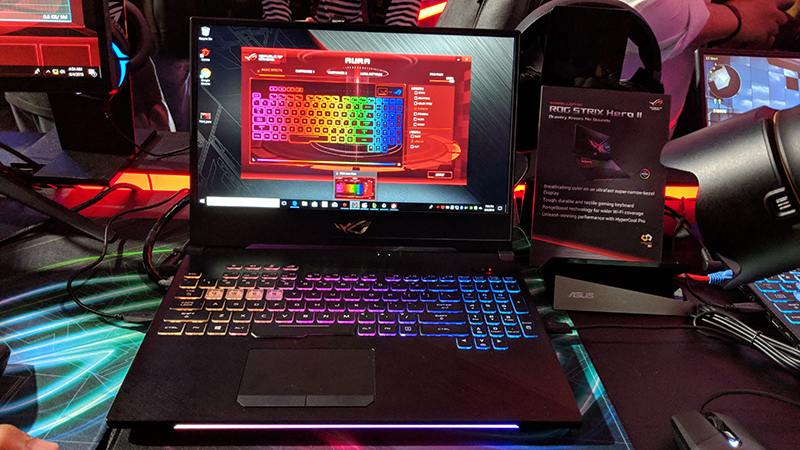 The thinner bezels also mean that the new laptops are a lot more compact than before, and they’re actually a good 2.33cm shorter in width than before. However, they’ve also gotten slightly thicker, and they now measure 26.1mm thick compared to 22.8mm before.

That said, the narrower screen frame does help provide a more immersive experience, and there’s no doubt that it’s a big step up visually. 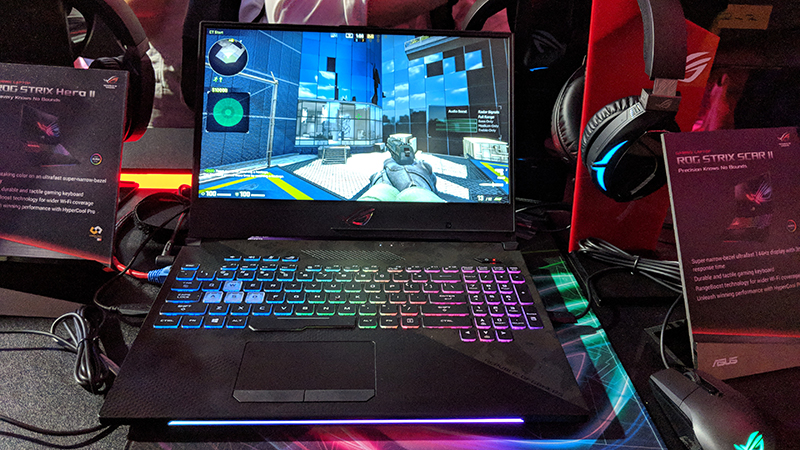 In addition, they support what ASUS calls ROG RangeBoost Technology, which is its solution to increase the wireless range of its laptops. While most laptops use just two antennas, the Hero II and Scar II use four. The laptops can then switch between the different main and auxiliary antennas according to signal strength, which supposedly reduces blind spots and helps prevent connectivity issues.

The wireless module has gotten an upgrade as well to support Gigabit Wi-Fi speeds, and the laptops now use an Intel Wireless-AC 9560 2x2 802.11ac Wave 2 Wi-Fi and Bluetooth 5.0 controller. This provides a maximum theoretical throughput of up to 1.73Gbps over 160MHz channels. 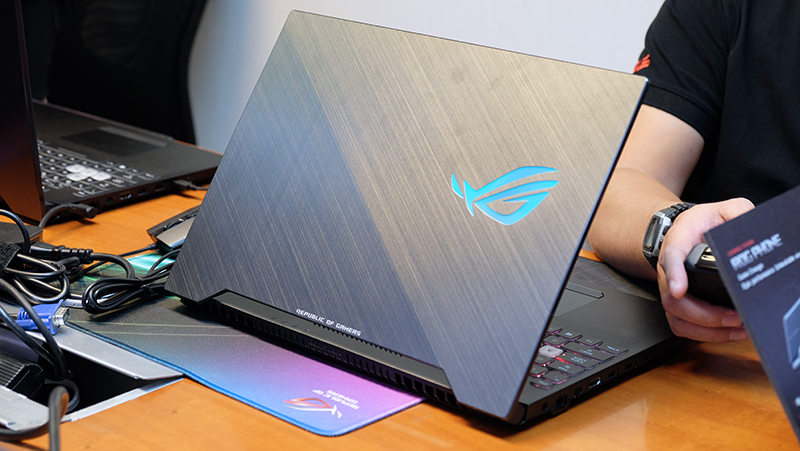 The Hero II and Scar II are also breaking out from the entry-level positioning of their predecessors. ASUS is equipping these notebooks with up to a hexa-core Intel Core i7-8750H processor, 32GB of DDR4-2666 memory, and an NVIDIA GeForce GTX 1070 (in the case of the Scar II).

On the storage front, they’ll take up to a 512GB PCIe SSD and a 1TB FireCuda SSHD.

Furthermore, the cooling system has been improved to accommodate the more powerful hardware. This includes a heat pipe design that features an extended cladding plate that soaks up heat from the CPU and GPU and distributes it more evenly to avoid thermal throttling.

The anti-dust cooling system that appeared on the TUF Gaming FX504 is also making its way over to the Hero II and Scar II. This comprises a centrifugal fan module with two anti-dust tunnels that pushes dust and other particles in circular path away from the center.

In this manner, dust is eventually blown along the fan walls until it is expelled out of the chassis through the anti-dust tunnels. According to ASUS, this prevents dust build-up on the heatsink fins and helps the laptop retain its performance in the long run.

The ROG Strix Hero II Edition (GL504GM) is retailing at $2,698. This model comes only in one configuration and that's with an NVIDIA GeForce GTX 1060 GPU with 6GB GDDR5 and 128GB PCIe SSD along with a 1TB FireCuda SSHD.
The ROG Strix Scar II Editions (GL504GM / GL504GS) are retailing at $2,898 and $3,498 respectively starting from today.
All models will be available at all ASUS Brand Stores and authorized retailers.
Join HWZ's Telegram channel here and catch all the latest tech news!
Our articles may contain affiliate links. If you buy through these links, we may earn a small commission.
Previous Story
ASUS' new ZenFone Max Pro M1 has a Full HD+ 18:9 display, dual rear cameras, and a massive 5,000mAh battery (Updated!)
Next Story
Singapore’s worst cyber attack: 1.5m SingHealth patients’ personal info stolen