Less than a year after the ROG Phone 5, 5 Pro and 5 Unlimited were made available in Singapore, ASUS has announced the release of the ROG Phone 5s and 5s Pro, the mid-generation refreshes to the ROG Phone lineup.

Going straight into the changes, the new pair of 5s phones switch out the Snapdragon 888 5G of the previous lineup for a Snapdragon 888+ 5G chip, of which the major change is the boosting of its Kryo 680 CPU Prime cores to almost 3GHz (2.9995GHz, to be more exact), as well as an enhanced AI Engine.

Touching on memory and storage, the lineup is a little bit more simplified than the five possible (Editor's note: and confusing) memory/storage combinations you could've gotten with the original ROG Phone 5 lineup.

There's only one storage option at 512GB. Depending on whether you get the 5s or 5s Pro, you get a healthy serving of 16 or 18GB of LPDDR5 memory, respectively. The latter 18GB is rather notable as, out of the previous ROG Phones 5, you could only get 18GB of memory with the limited edition ROG Phone 5 Unlimited.

As for the rear panels, though, the ROG Phone 5s Pro, being the successor to the original ROG Phone 5 Pro, sees the inclusion of a colurised ROG Vision, which is what Asus dubs its customisable PMOLED matrix display. For the ROG Phone 5s, however, you'll have to make do with a regular RGB ROG logo. 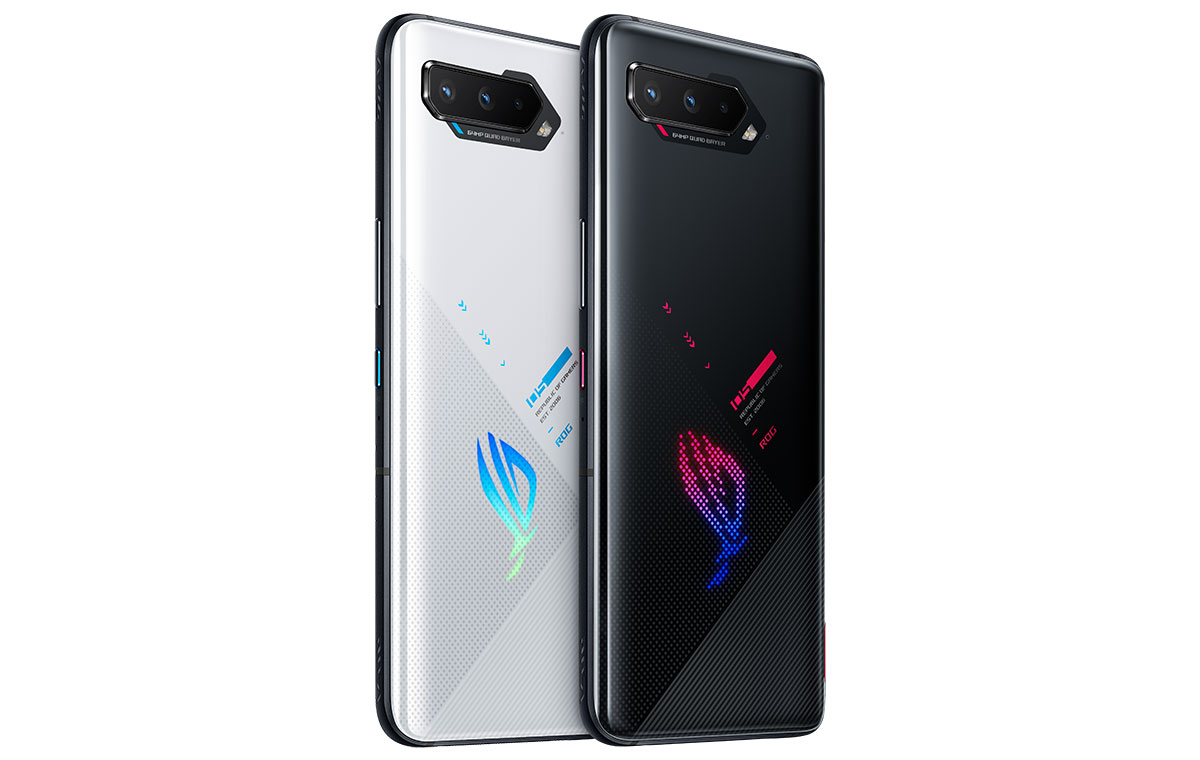 Of course, the iconic AirTrigger touch sensors makes a return. The 5s Pro sees two additional rear sensors that make up L2/R2 functionality on the back panel, much like the original ROG Phone 5 Pro. The 5s and 5s Pro also retain hi-fi credentials for their audio systems, retaining the 3.5mm headphone jack and dual speakers. The audio on both phones is headed by an ESS DAC, this time accompanied by a Cirrus Logic amplifer.

The rest of the 5s and 5s Pro hardware retains the same specifications as the previous ROG Phone 5 lineup, including the same 6000mAh battery capacity, what looks to be the same 64MP, 13MP ultrawide-angle and 5MP macro rear sensors and 24MP front sensor, support for Wifi 6E and in-display fingerprint sensor.

Unfortunately, the 5s and 5s Pro Android 12 is nowhere to be found, so you're stuck on Android 11 with Asus's custom ROG UI skin.

Its place in the lineup, availability and pricing

Based on the specifications of the 5s and 5s Pro, it seems clear that these phones are meant to keep the ROG Phone lineup up to date before the next wave of Snapdragon 8 Gen 1 phones roll around next year.

While it may make more sense to wait for this hypothetical ROG Phone 6 with the Gen 1 chip, the ROG Phone 5s and 5s Pro do their job of filling the Snapdragon 888+ shaped hole in ROG's lineup, along with some minor but welcomed improvements. And as we noted in our review of the original ROG Phone 5 lineup, 888+ or not, these phones are still powerhouses.

If you want to get your hands on the 5s and 5s Pro, they're available at the ROG Experience Store Bugis, ASUS' Online Store, and authorised retailers. Price wise, unsurprisingly, are also at a premium S$1,599 for the base ROG Phone 5s, and S$1,799 for the ROG Phone 5s Pro. The latter only comes in the Phantom Black colour scheme, while the 5s also includes a Storm White colour scheme.

Join HWZ's Telegram channel here and catch all the latest tech news!
Our articles may contain affiliate links. If you buy through these links, we may earn a small commission.
Previous Story
The Note legacy may live on in the Galaxy S22 series
Next Story
Netflix has officially cancelled Cowboy Bebop after one season