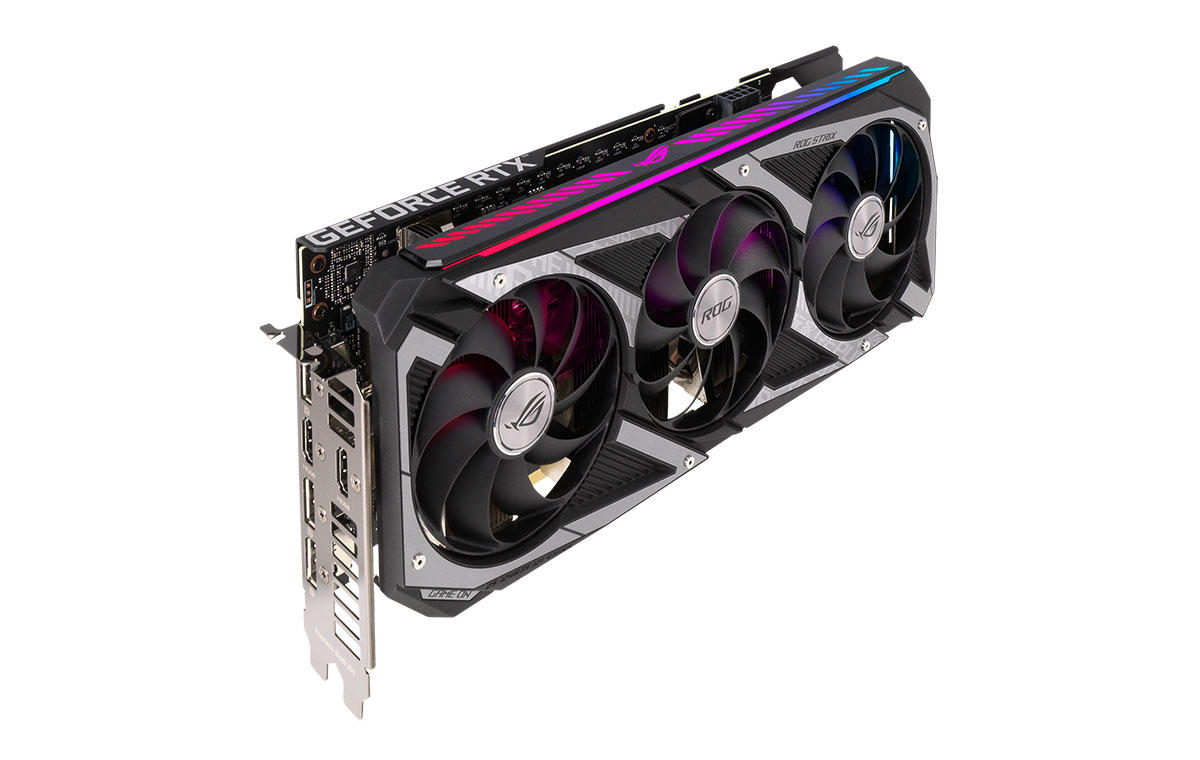 ASUS is expanding their scope of 1080p-focused graphics cards with the launch of its AMD Radeon RX 6500 XT and NVIDIA GeForce RTX 3050 cards, both of which were recently announced at CES 2022. Specifically, ASUS is introducing the Radeon in Dual and TUF Gaming card flavours, while the RTX 3050 will see release through ASUS's ROG Strix, Dual and Phoenix lineup. 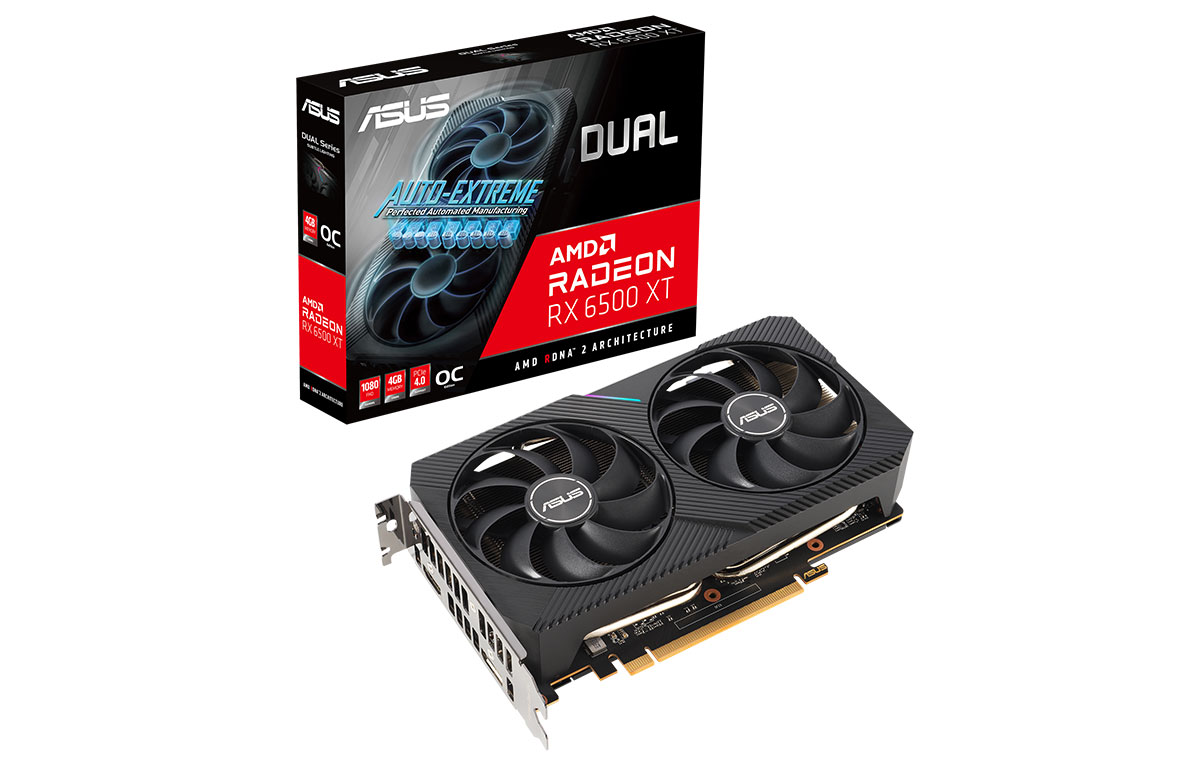 Starting off with the Dual RX 6500 XT, it's a compact two-slot card that balances both quietness and efficient cooling. Front-and-centre are two Axial-tech fans that improve airflow and dual ball fan bearings to improve fan longevity. For noise-reduction, the Dual features a 0dB mode, which stops all fan activity when the GPU's temperature hits 52 degrees Celsius and below.

The TUF Gaming 6500 XT, meanwhile, is a 2.7-slot card that also features Axial-tech fans, along with Aura Sync RGB and dual BIOS for recovering from failed overclocks. Like the Dual, it also has a focus on reducing fan noise, with the fans set to spin only when the GPU hits 57 degrees Celsius, and stop when it cools down to below 50 degrees Celsius.

Of course, with the TUF cards, you can also expect a focus on durability, with the cards having passed a 144-hour validation program.

As for the 6500 XT itself, the chip has 4GB of GDDR6 memory, with 1024 stream processors. The reference speeds for the 6500 XT are a 'Game Frequency' of 2610MHz , which is the clock speed you can expect while running typical games, and a boost frequency of 2815MHz. If you need a little bit more speed, both cards are compatible with ASUS's GPU Tweak II software for tuning. 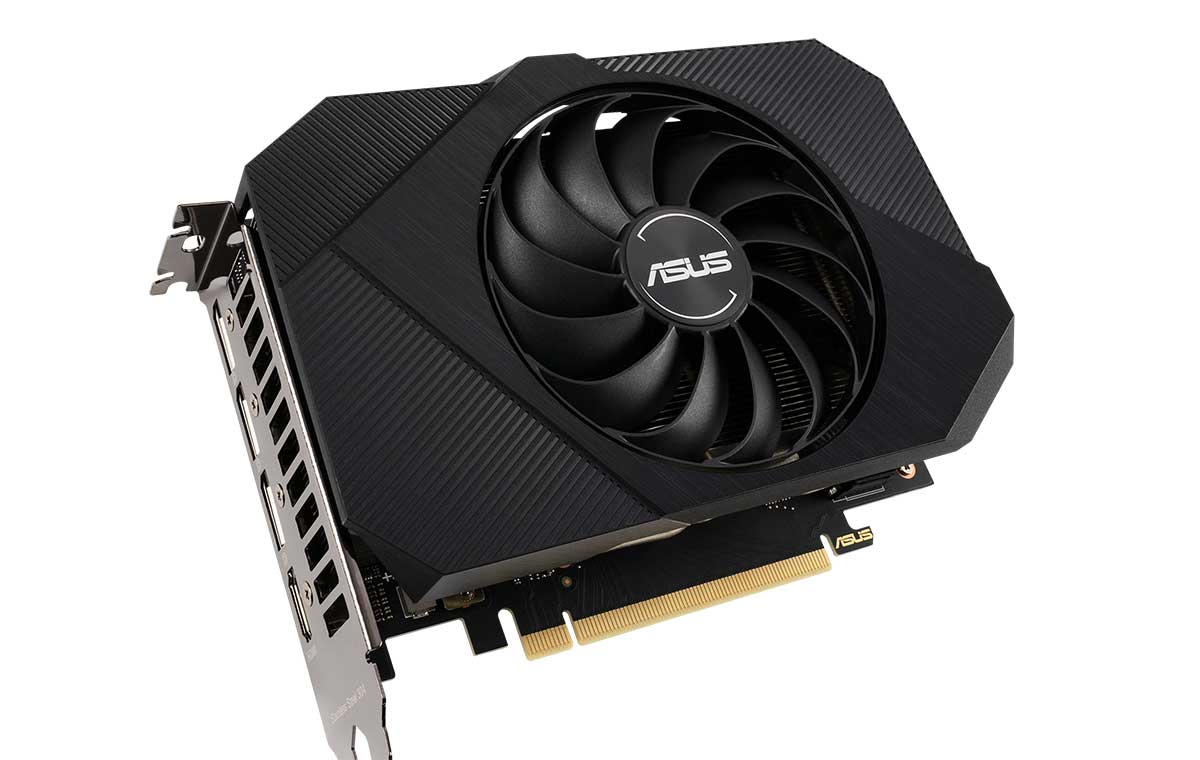 The three RTX 3050 cards that ASUS is announcing each have a niche that it wants to tackle. Beginning with the ROG Strix 3050, it's a 2.7-slot, triple-fan card that features a heatsink design that uses ROG's MaxContact heat spreader, which should improve passive cooling. The Strix 3050 will also feature nine-blade Axial-tech fans to accompany that. There's also compatibility with Aura Sync RGB.

As for the Dual and Phoenix cards, these are designed to retain performance and cooling efficiency while making them as compact as possible. Like the Dual RX 6500 XT, the Dual RTX 3050 is a two-slot card that features two Axial-tech fans and a 0dB mode, while a special coating on the Phoenix 3050's PCB ensures better reliability and resistance against short-circuiting from debris.

All three cards will have the chip's full 8GB of GDDR6 memory, with NVIDIA giving the 3050 a base clock of 1550MHz and a boost clock of 1780MHz. The Strix and Dual will come in vanilla and overclocked flavours, while the Phoenix will not receive an overclocked version.

There's no word from ASUS on the exact pricing of both the Radeon and GeForce cards, but the former will be available from Sim Lim Square authorised retailers and selected system builders from Jan 20, while ASUS only mentions 'End January' for the latter NVIDIA cards.

Join HWZ's Telegram channel here and catch all the latest tech news!
Our articles may contain affiliate links. If you buy through these links, we may earn a small commission.
Previous Story
Cooler Master's new MasterLiquid PL-Flux CPU coolers are both cool and colourful
Next Story
Intel announces its third-generation update for its Intel Evo certification program