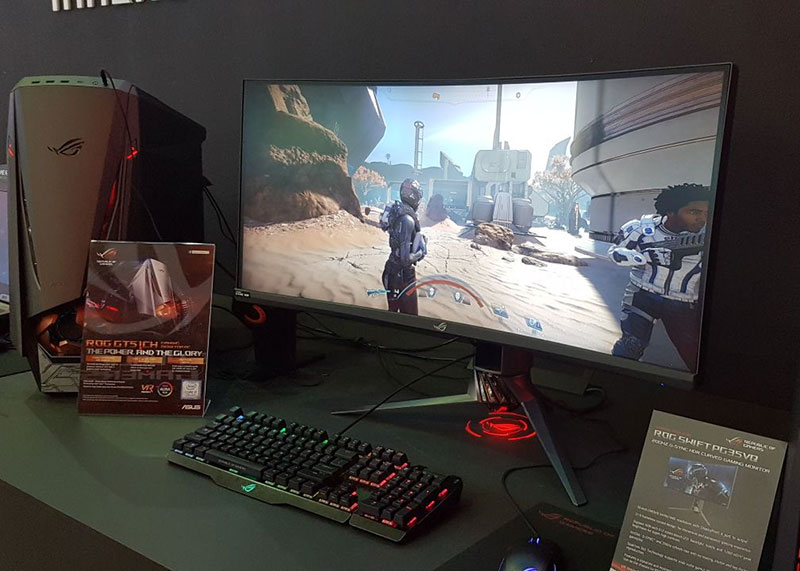 ASUS unveiled a swanky new monitor at Computex this week, amidst all the fanfare surrounding its ROG Zephyrus notebook and new Intel X299 motherboards.

The ROG Swift PG35VQ is a 35-inch curved HDR monitor featuring quantum dot technology and a 3,440 x 1,440-pixel resolution, and is the only ASUS display other than the ROG Swift PG27UQ to offer both quantum dots and HDR.

It is also a very similar offering to the Predator Z35P that Acer launched last week. In fact, the two of them use the same AU Optronics VA panel, although Acer didn’t list HDR support for some reason.

That aside, the ASUS monitor stands out because of its native 200Hz refresh rate, in comparison to the 100Hz that the Predator Z35P offers (overclockable to 120Hz).

The ROG Swift PG35VQ also supports NVIDIA G-Sync, which will help provide a butter-smooth gaming experience without tearing and stuttering, especially if you try to run games at the monitor’s native resolution. 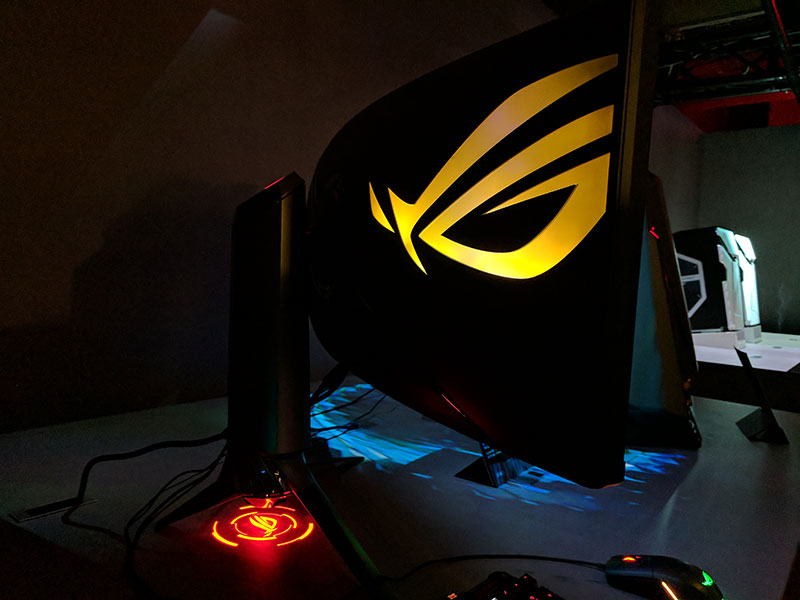 However, this isn’t one of those TN panels that sacrifice image quality for response times. The ASUS display revels in HDR visuals by way of the HDR10 standard, a peak brightness of 1,000 nits, and 512 individually controlled LEDs for better contrast and detail retention in highlights and dark areas.

After all, when you have a 21:9 monitor for a wraparound experience, you certainly want the visual quality to be up to snuff.

Finally, there is support for ASUS' Aura Sync RGB lighting as well, courtesy of a large illuminated ROG logo on its back.

The ROG Swift PG35VQ is slated for a Q4 release date, according to this post by NVIDIA. There’s no word on price yet, although it’ll probably be in the ballpark of the Acer Predator Z35P’s US$1,100 price tag.

Join HWZ's Telegram channel here and catch all the latest tech news!
Our articles may contain affiliate links. If you buy through these links, we may earn a small commission.
Previous Story
ASUS quietly unveiled three new ZenPads at Computex 2017
Next Story
Liberate your photos from your phone with HP's new pocket-sized Sprocket Photo Printer