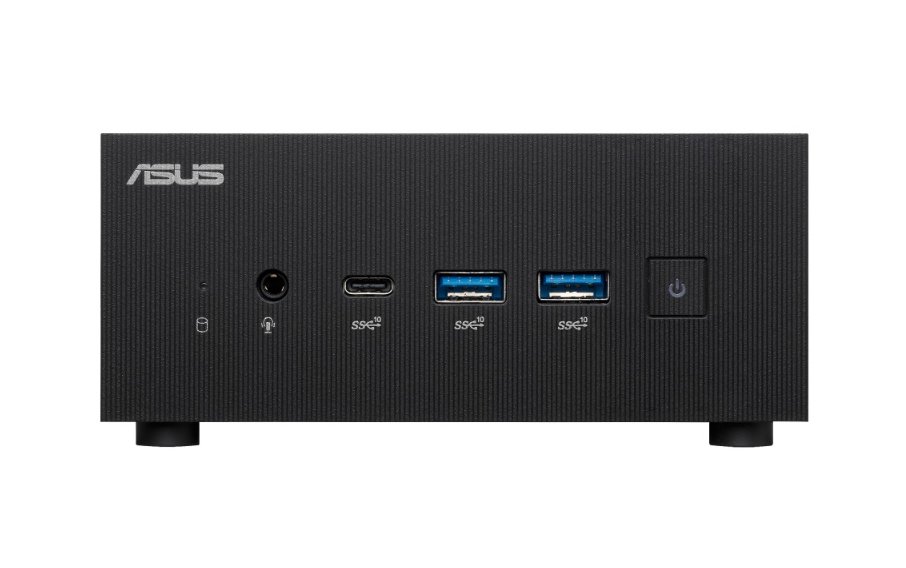 ASUS has released in Singapore, updated models of its business focussed Mini PC, the ExpertCenter PN64 which was announced earlier in 2022.

Measuring just 120 x 130 x 58mm, it comes powered by Intel's latest 12th Gen Core processor, supports up to two sticks of DDR5-4800 RAM, and supports one PCIe 4.0 x4 M.2 SSD slot for storage. Even better for businesses, the PN64 is designed to allow quick access to the storage and memory modules for easy upgrades.

ASUS claims that compared to the previous generation, the new PN64 models with the 12th Gen CPUs deliver twice the performance. Coupled with the DDR5 memory users can enjoy greater performance and productivity.

In addition, each model has five USB ports, one of which is a USB 3.2 Gen 2 Type-C port (with support for DisplayPort 1.4), a full-size DisplayPort, plus dual HDMI ports that together support up to four displays. 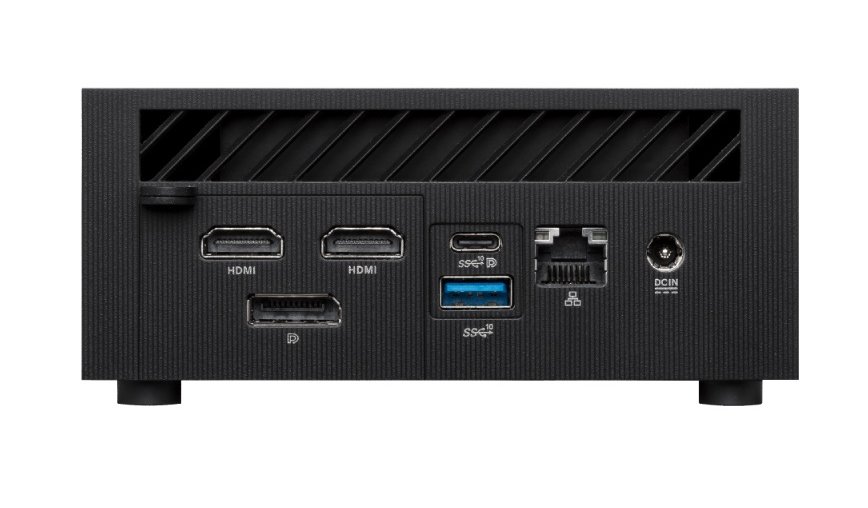 The ASUS ExpertCenter PN64 Mini PC is now available in Singapore from various Sim Lim Square (SLS) retailers such as Bizgram, Dynacore, Fuwell, Global CyberMind and Infinity Computer. If these stores sound familiar to you, it's because we've been uploading their price lists for several years, every week. Meanwhile, if you're ready to make the jump, it's also available on e-store platforms like Lazada, Shopee, and Qoo10.

Price points vary depending on the pre-fitted CPU model purchased. To be clear, it's a barebones kit, which requires one to top it up with their choice of memory and storage size, in addition to choosing your own OS to complete the system. The flexibility of choice means customers can purchase and configure the mini PC to their requirements and deployment needs.

All of the models use a 12th Gen Core mobile processor to keep thermals low and is easier to cool in such a small form factor chassis. Even so, the Core i3-1220P is still a pretty capable 28W TDP processor with two performance and eight efficiency cores, for a total of 10 processing cores. Talk about entry-level, but this is anything but that. Meanwhile, the the other two models sport 45W TDP H-series mobile processors that can tackle more strenuous workloads such as multimedia, photo/video editing and more that even entry-level creators can rely upon as the Core i5-12500H and the Core i7-12700H are 12 and 14-core processors respectively with many more performance cores to speed up creativity. 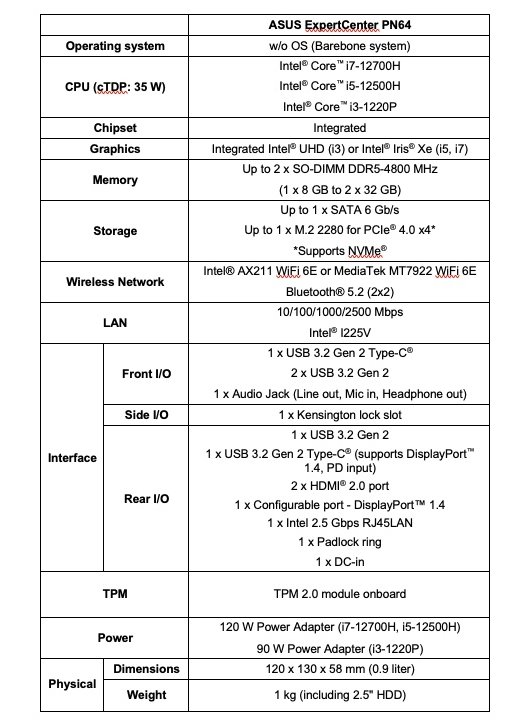 Join HWZ's Telegram channel here and catch all the latest tech news!
Our articles may contain affiliate links. If you buy through these links, we may earn a small commission.
Previous Story
Apple confirms event for 7 Sep, expected to announce the iPhone 14
Next Story
Sony rolls out new PS5 DualSense Edge controllers to compete with Xbox's Elite series