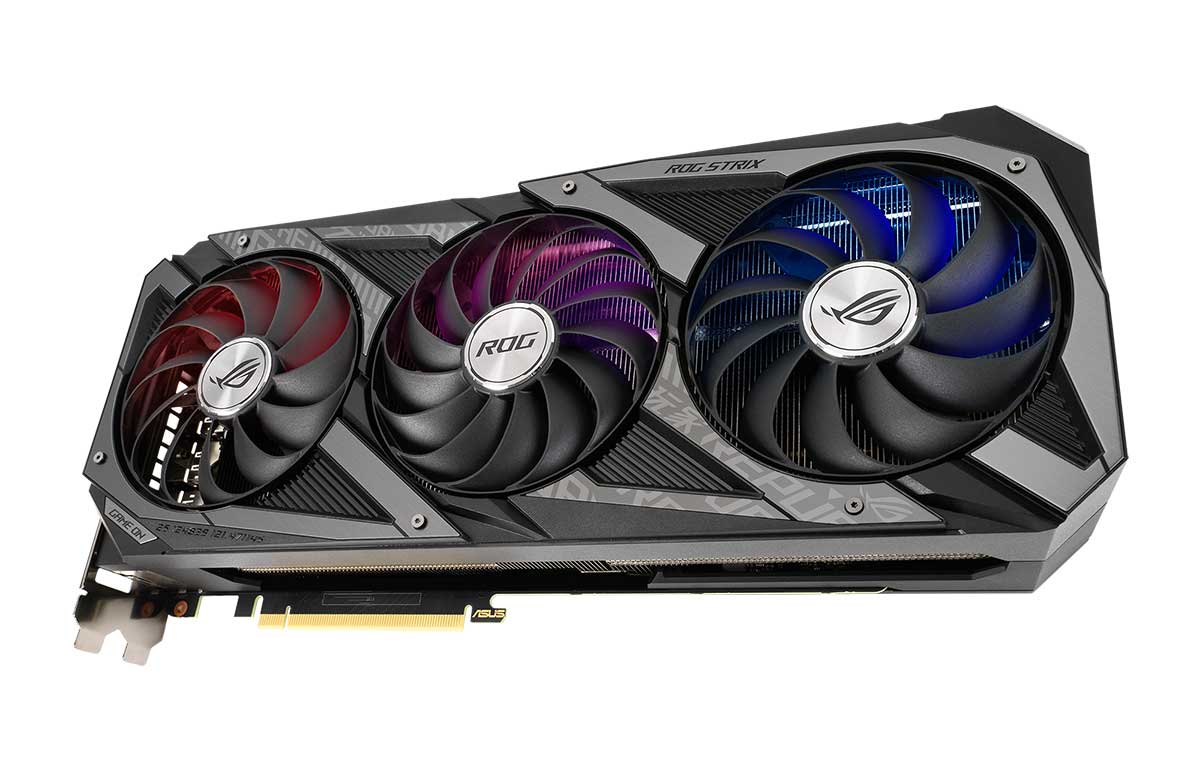 Both cards come after the relatively low-profile release of NVIDIA's 12GB RTX 3080 earlier this week, which sees a small bump in the 3080's VRAM from 10GB to 12GB. Apart from the vanilla versions, both will also release alongside OC Edition models with higher clock speeds.

Both of these are pretty standard fare from something you'd see from both the ROG Strix and TUF Gaming line of graphics cards, with both cards having a big focus on cooling. The ROG Strix 3080 is a 2.9-slot GPU with ASUS's Axial-tech fans that improve airflow, including a barrier ring in the centre fan to direct air to the hottest parts of the heatsink. It also has as a 0dB mode, where the fans will start and stop spinning only at a certain temperature.

Sticking to its ROG roots, there's an ARGB strip on the left edge of the Strix 3080. 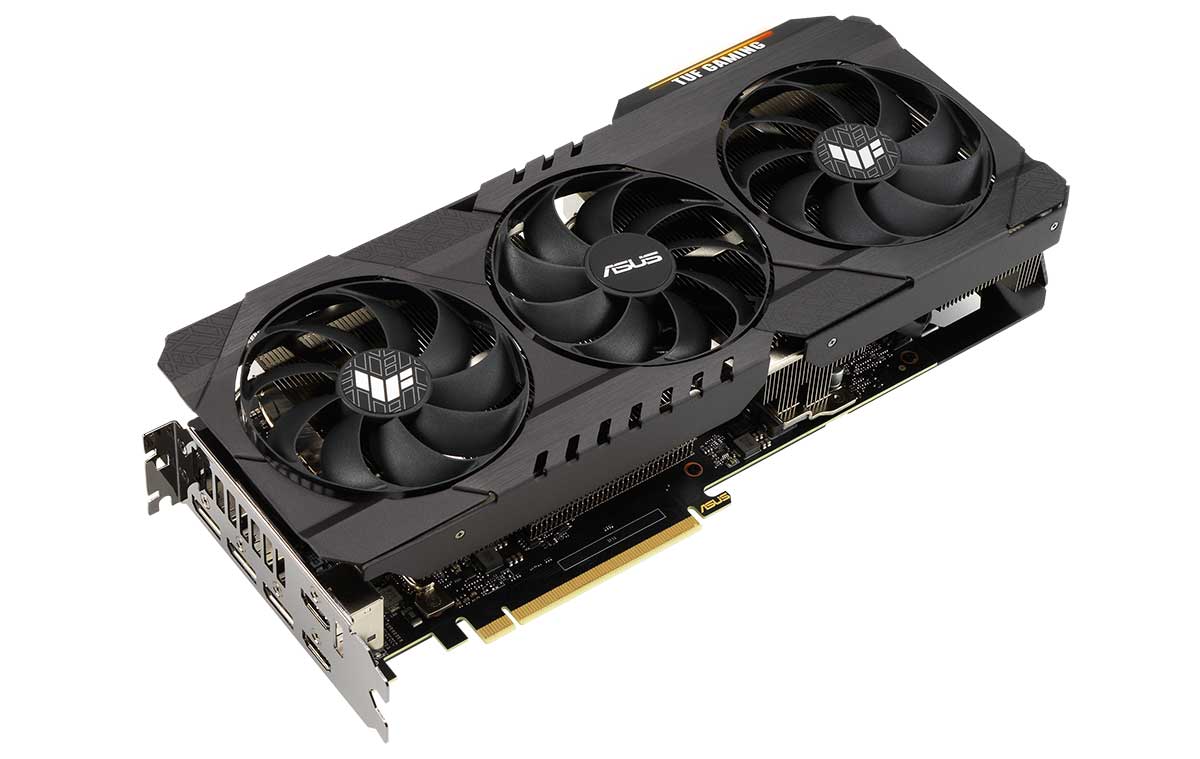 The TUF isn't too different: a 2.7-slot GPU with three Axial-tech fans and a 0dB mode to go along with it. The build is consistent with the rest of the TUF brand; it has a minimal look with a brushed black aluminum shroud, an RGB LED accent customisable through Aura Sync software, and ASUS says it's passed the gamut of TUF-related reliabilty tests, including the 144-hour testing regime in the factory.

Finally, the OC Edition cards, as the name suggests, will see an increase in boost clocks. Both the regular versions of the ROG Strix and TUF Gaming 3080s will have Gaming and OC boost clock speeds of 1,710 and 1,740MHz respectively. In contrast, the TUF Gaming OC card have boost clocks that average around 1,800MHz, while the ROG Strix OC gets VIP treatment, with an OC boost clock of 1,890MHz. All cards come with three DisplayPort 1.4a and two HDMI 2.1 ports.

As for the new GeForce RTX 3080 12GB itself, there are a few small changes apart from the increase in memory. The number of CUDA Cores has increased from 8,704 to 8,960, while the reference base clock has been lowered to 1,260MHz.

Considering that the improvements compared to the regular 10GB RTX 3080 are moderate at best, we can't blame you if these cards don't get you excited, especially during the current chip shortage. The price doesn't help either, with numbers going over S$2,000:

Still, as we mentioned in our review, the stock 3080 is already a powerful card. It also represented a leap in performance over the last generation of cards, so a memory and stream processor bump can't hurt. If you plan to pick these up, they'll be available in Singapore starting mid-January, though ASUS hasn't specified where.

Join HWZ's Telegram channel here and catch all the latest tech news!
Our articles may contain affiliate links. If you buy through these links, we may earn a small commission.
Previous Story
Fortnite is returning to iOS devices - but not on the App Store
Next Story
Sony is making more PlayStation 4s in response to PlayStation 5 shortages