At the Mobile World Congress, ASUS has debuted two new additions to the Fonepad line, Fonepad 7 LTE (ME372CL), and Fonepad 7 (ME175CG). On top of that, the Taiwanese electronics giant is also showcasing the complete lineup of its latest mobile devices, including the ZenFone series, PadFone mini, and the new PadFone. Also on display is the ZenUI (on the PadFone mini and the ZenFone), the smart and intuitive new UI exclusive to ASUS mobile devices. 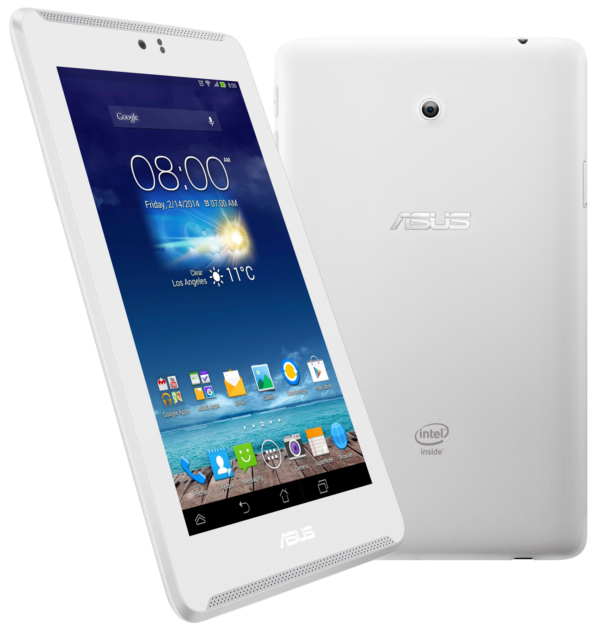 The Fonepad 7 LTE (ME372CL) is a 7-inch phablet which features dual front speakers and SonicMaster audio to provide rich, immersive sound, complementing its HD IPS display. Equipped with an Intel Atom Z2560 1.6GHz processor with Hyper-Threading technology, it delivers multi-tasking and graphical performance for the latest apps and games.

The ASUS ZenFone smartphone series comes with 4- to 6-inch screens that feature Corning Gorilla Glass 3 for superior scratch resistance and durability. Supporting MicroSD cards up to 64GB in capacity, the ZenFone 4 can be personalized with swappable back covers available in Charcoal Black, Pearl White, Cherry Red, Sky Blue, and Solar Yellow.

The 5-inch IPS HD display of ZenFone 5 can be used while wearing gloves. With a design that tapers to just 5.5mm at its thinnest edge, the latter is available in Charcoal Black, Pearl White, Cherry Red, Champagne Gold, and Twilight Purple.

All ZenFone models incorporate the PixelMaster camera technology for easier capturing of photos and videos. Additionally, ZenFone 5 and 6 own a PixelMaster function, the Low-light Mode, that significantly increases camera performance in poorly lit scenes.

PadFone mini and the new PadFone 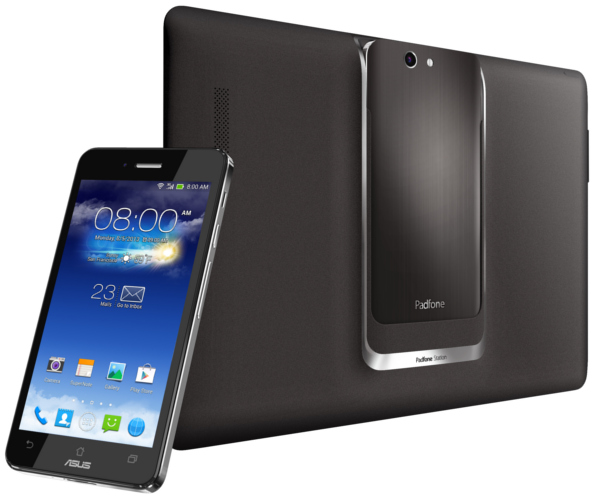 Packing the portability of a smartphone with the screen size of a tablet, the package comprises of a 4-inch smartphone that docks seamlessly in a palm-sized 7-inch tablet. Armed with an Intel Atom Z2560 processor with Intel Hyper-Threading Technology, 8GB of internal storage, and up to 64GB MicroSD card support, the PadFone mini offers dual SIM support.

The new PadFone is a 5-inch Full HD smartphone with LTE connectivity that easily transforms into a 10-inch Full HD tablet. In a sleek, aluminum unibody design and powered by a Qualcomm Snapdragon 800 2.2GHz Quad-core processor, the new PadFone's 13-megapixel PixelMaster camera excels at capturing crisp photos regardless of the subject or lighting.

Developed on the concepts of freedom, expression and connection, the ZenUI is first available on ZenFone and PadFone mini. It contains modern 'flat' icons, vivid color themes, animations, new ringtones and notification sounds, and a clean layout to clearly present information. Its two features - What's Next and Do It Later, was designed to free users from actively having to manage the multitude of information they are confronted with daily and enable them to be more productive.

What's Next puts the information currently most important and useful to the user — such as upcoming appointments, new messages and missed calls from VIP contacts, weather at the next destination, and more — front and center on the lock screen, the home screen and in the notification drawer.

Do It Later frees the user to focus on the task at hand without forgetting about other important things to do later. If a user is in the middle of writing an email and receives a phone call, a simple button tap automatically creates a reminder to call that person back. Users can also save interesting items, like articles, YouTube videos, or any web page, to read later. Each reminder and saved item is collected in the separate Do It Later app and includes a shortcut to perform the related action, such as call a contact or view a webpage.

ASUS is exhibiting its complete lineup of mobile devices, including the Fonepad 7 models and ZenFone series, at Booth #2M31 of Fira Gran Via in Barcelona, Spain, during the MWC 2014.

All images from ASUS.

Join HWZ's Telegram channel here and catch all the latest tech news!
Our articles may contain affiliate links. If you buy through these links, we may earn a small commission.
Previous Story
Microsoft Surface 2 Tablet to be Available from March 14 Onwards
Next Story
StarHub Offering the Xiaomi Redmi Only at IT Show 2014