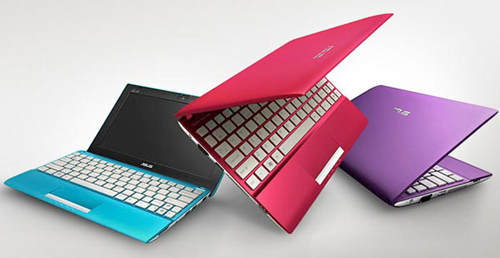 With just less than a week before CES 2012 starts the ball rolling, various official announcements such as LG's TV lineup and teasers have been making its round on the internet. On the other spectrum, leaks are also commonly seen, and ASUS' new range of netbooks has just been spotted.

Dubbed as the ASUS Eee PC Flare, the updated netbooks will be sporting Intel's latest N2600 and N2800 Atom CPU line. Word has it that a 12-inch model using AMD's Fusion range will also be seen at CES 2012.

As seen in the above image, you can expect a chiclet style keyboard on the new netbooks. While these netbooks are nowhere as thin or light as the Ultrabooks range that was introduced in the second half of 2011, netbooks will appeal to those who are on a tighter budget with its lower price point.

As of now, there's no word on the Eee PC Flare's availability and retail pricing. Hopefully, we'll get more news from the ASUS folks once we make our way down to CES 2012 next week.

Join HWZ's Telegram channel here and catch all the latest tech news!
Our articles may contain affiliate links. If you buy through these links, we may earn a small commission.
Previous Story
1.2 Billion App Downloads From iOS and Android Users
Next Story
RAIDON Launches Scheduled Backup and Reliable SAS Storage Solutions