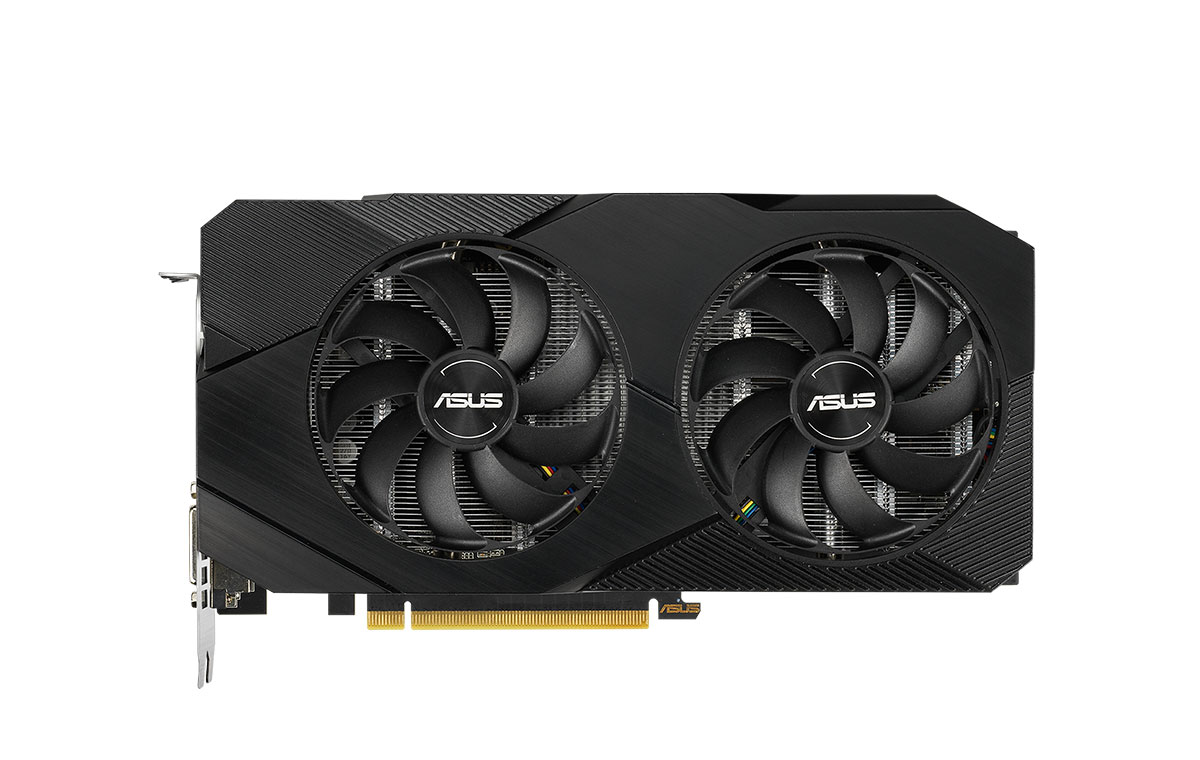 Alongside the recent GeForce RTX 2060 release from Gigabyte, ASUS is coming in with its own refreshed RTX 2060 card, the Dual GeForce RTX 2060 EVO and EVO OC. The cards come as part of ASUS's Dual lineup of GPUs that focus on cooling, which is what ASUS is promoting in these new EVO cards.

Before getting into the new EVO cards, though, just as a quick refresher, the updated GeForce RTX 2060 with 12GB of VRAM comes at a time when manufacturers are facing a chip shortage, meaning either no stock or marked-up prices for GPUs.

As we noted in our above Gigabyte coverage, Nvidia is willing to bring back old names like the GTX 1050 Ti to help alleviate this shortage. But if this new 12GB RTX 2060 is one of those attempts, it may not be working too well, as you'll see later in the availability and price section.

Moving on to the new EVO cards, like previous GPUs in the Dual lineup, they utilise a large 2.7-slot heatsink as a source of cooling. It couples that two IP5X-rated axial-tech fans, with larger blades to move more air, but these are only meant for mid-to-heavy loads; the fans will not spin until the GPU reaches 55 degrees Celsius, coming to a stop when it detects that the GPU has cooled to below 50 degrees Celsius. Also as part of its efforts to make cooling and more efficient, barrier rings have been placed around the fan blades to improve airflow through the heatsink.

Aside from its cooling features, the next notable thing are the specs of the refreshed RTX 2060, and how ASUS has tweaked it. The new GPUs feature an upgrade to 12GB of GDDR6 memory, as well as an increase in CUDA cores, from 1920 to 2176.

The main differentiator between the EVO and EVO OC is, of course, clock speed: The regular EVO sits at 1650MHz in Gaming mode and 1680MHz in OC mode, while the EVO OC boosts the speeds to 1680MHz and 1710MHz, respectively.

Getting right out of the gate with availability, these cards won't be available till January 2022 onwards. This isn't just a problem with ASUS; outlets such as PCGamer and ExtremeTech have noted that these new 12GB RTX 2060s are already hard to find despite having only been a few days since release, compounded by the fact that there is no 12GB RTX 2060 Founders Edition.

As for the price, though ASUS claims that it wants to make these new cards accessible for PC building, it seems that not everyone can escape the current chip shortage. The EVO will retail for a hefty S$845, while the EVO OC will retail for an even heftier S$859.

Join HWZ's Telegram channel here and catch all the latest tech news!
Our articles may contain affiliate links. If you buy through these links, we may earn a small commission.
Previous Story
Halo Infinite Multiplayer finally gets SWAT, FFA and Fiesta playlists this week
Next Story
Five new Macs coming next year, and a new naming strategy