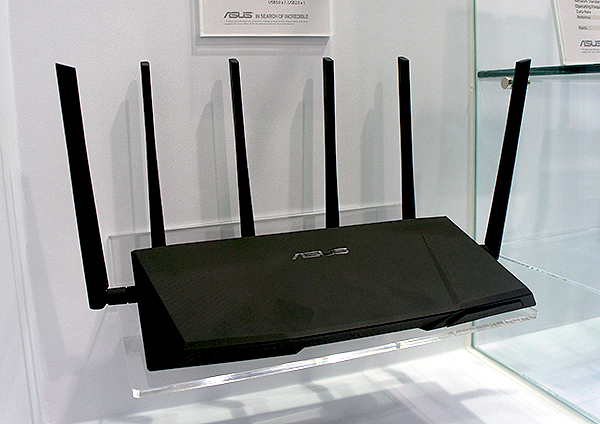 Is patchy Wi-Fi at home bothering you? Can't get coverage in your room? Fret not, ASUS has just released its new flagship router, the AC-RT3200, at Computex 2014 and it promises fast performance as well as thorough coverage.

Powered by a new penta-core six-stream Broadcom chipset, the AC-RT3200 is capable of achieving a combined transfer rate of 3200MBps and ASUS calls it "the world's fastest tri-band router". To be clear, the combined 3200Mbps transfer rate is derived from a maximum throughput of 600Mbps over Wireless-N with Broadcom's TurboQAM enabled, and 2600Mbps over 5GHz Wireless-AC Band 1 and Band 4. That is also how "tri-band" is derived - there are two 5GHz bands. 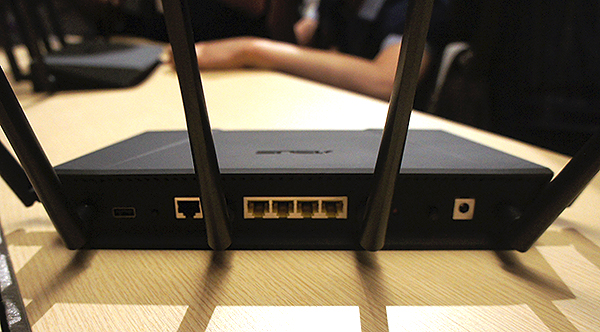 The RT-AC3200 router itself is wide and massive, and has equally thick antennae to match. We do not have the exact dimensions, but it feels and looks larger than Linksys' new flagship WRT-1900AC router. Up front, there is a single USB 3.0 port and round the back is an additional USB 2.0 port. There is also a button to easily pair WPS-enabled devices.

Availability and pricing of the RT-AC3200 is unknown at this point of time, but ASUS did say that they will launch the four-antennae RT-AC87U, which was announced earlier at CES 2014, next month.

Join HWZ's Telegram channel here and catch all the latest tech news!
Our articles may contain affiliate links. If you buy through these links, we may earn a small commission.
Previous Story
HTC Unveils the One (E8), a Plastic Variant of the One (M8) Smartphone
Next Story
SingTel and Standard Chartered Bank Launch Mobile Money Service Dash