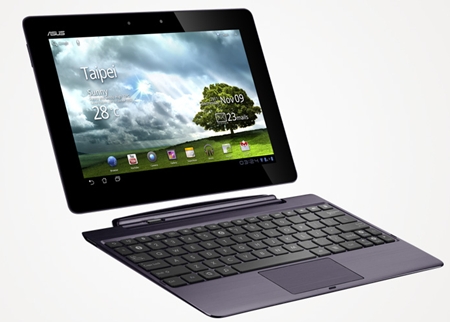 For those who are eagerly waiting for the ASUS Eee Pad Transformer, the wait will be over soon. ASUS has confirmed that the tablet will be available from December 19 onwards. In addition, ASUS will be releasing the first over-the-air (OTA) update on December 2nd.

ASUS - “We expect availability to start the week of 12/19 based on the pre-orders and inbound shipment schedules. We expect to release FOTA image update 8.8.3.27 on 12/2 that updates the EC firmware to improve battery life with the dock in power saving mode along with a few minor performance tweaks.”

The 8.3mm thin ASUS Eee Pad Transformer was first revealed at the AsiaD Conference in late October and is the world's first tablet to be powered by NVIDIA Tegra 3 quad-core processor.

Meanwhile, we've reached out to ASUS Singapore on the local availability of the Transformer Prime. The tentative launch date of the ASUS Eee Pad Transformer Prime in Singapore is late December. We will update with more details when it's made available to us.