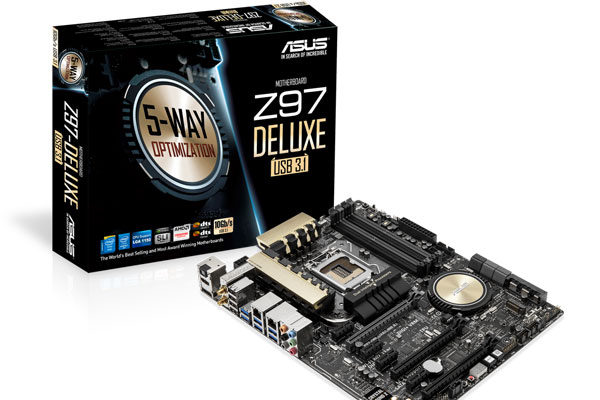 Users with ASUS Z97 or H97 motherboards that support ASUS’s USB BIOS Flashback feature will be able to apply the updates easily by simply downloading the latest BIOS for their motherboard to a USB flash drive. Users need only plug the drive into their PC and hit the USB BIOS Flashback or Reset button and the new BIOS will be flashed automatically.

System builders will also appreciate this feature as they can update the BIOS before their system is fully assembled because the motherboard does not need to have a CPU or DRAM modules in place before flashing.

For other 9 Series motherboards without this feature, users can download the Windows-based BIOS updater application from ASUS’s website. This update will come as welcome news for users who wish to take advantage of the power of the new 14nm Broadwell processors. For a full list of supported motherboards, please click here.

Join HWZ's Telegram channel here and catch all the latest tech news!
Our articles may contain affiliate links. If you buy through these links, we may earn a small commission.
Previous Story
ASUS The Ultimate Force (TUF) comes to Intel X99
Next Story
ASRock USB3.1 motherboards will debut at CeBIT 2015