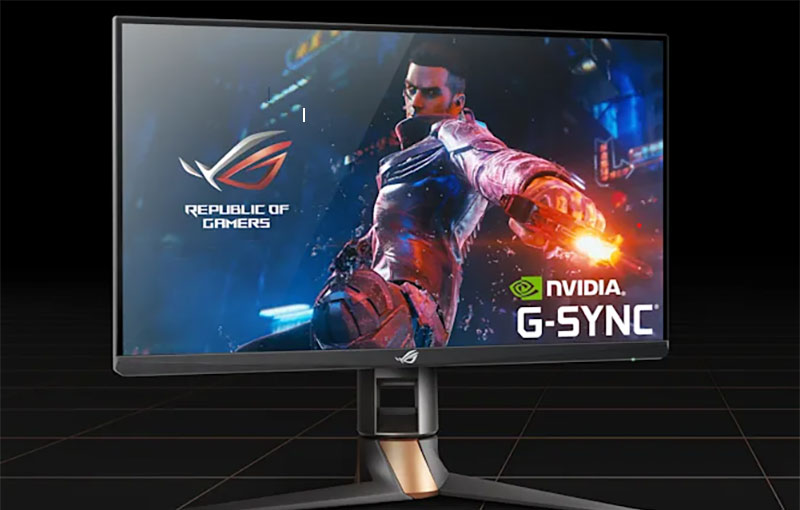 The screen completely blows its competitors out of the water on paper. Even the highest refresh rate screens top out at 360Hz today, and the ROG Swift 500Hz will have many questioning if we're actually reaching a point where the real world benefit becomes difficult to discern.

Nevertheless, it is an incredible showcase of how far monitor tech has come. The Swift 500Hz features a 24-inch 1,920 x 1,080-pixel display that uses what ASUS has dubbed an Esports-TN panel. The panel reportedly enables 60 per cent shorter response times than standard TN LCD displays, making it the fastest LCD display ever.

ASUS worked with AU Optronics to utilise its AmLED technology in the screen, which offers "precise control over brightness, contrast, colours, and refresh rates" in real-time.

The Swift 500Hz also supports NVIDIA G-Sync, with support for an Esports Vibrance mode built into its firmware. ASUS says it allows more light to travel through the LCD crystals, giving colours even more punch.

There is support for NVIDIA Reflex Analyzer as well, so gamers can measure their latency with a single click.

A higher refresh rate screen allows for the smoother tracking of moving targets and minimises ghosting for sharper images. In addition, the lower system latency will appeal to players looking to get every possible advantage they can over their opponent in games like Valorant and CS:GO, although how meaningful these benefits are will remain up for debate.

That said, ASUS is touting the extraordinarily low latency, made possible through a partnership with NVIDIA, as one of the highlights of the screen.

Join HWZ's Telegram channel here and catch all the latest tech news!
Our articles may contain affiliate links. If you buy through these links, we may earn a small commission.
Previous Story
dCS unveils new Lina headphone setup consisting of amplifier, network DAC, and clock
Next Story
Apple iPhone 14 development reportedly behind schedule due to China lockdowns