The ASUS RT-AC68U is now available at all ASUS authorized resellers for S$359. 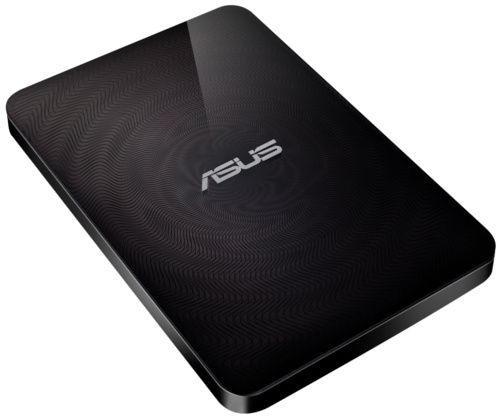 A compact storage device with a built-in 500GB or 1TB hard drive, the Wireless Duo can be used as wireless external storage for smartphones and tablets, freeing up valuable internal storage. Music and video can also be streamed from Wireless Duo in a variety of popular formats, extending the entertainment opportunities of handheld devices when away from a PC for long periods.

With support for Android, iOS, and Windows, it's easy to share files with up to five difference devices concurrently. The built-in SD card slot provides a one-click card-to-hard drive backup option and gives instant access to photos taken with a digital camera, removing the need to carry multiple memory cards. Wireless Duo also features USB 3.0 for super-fast file access over a wired connection with compatible devices and a built-in battery for up to six hours of media streaming.

The first dual-band 802.11ac router with blisteringly fast combined AC1900 data rates of 1900Mbit/s, the RT-AC68U works at a 2.4GHz data rate of 600Mbit/s, making it 33% faster than ordinary Wi-Fi routers and ideal for congested home networks. Because of the incorporated ASUS AiRadar technology, the router uses beam-forming to focus the Wi-Fi for a stronger connection that's less prone to interference, enabling 150% greater coverage when compared to other routers.

The RT-AC68U also includes the exclusive AiCloud technology, with a Router-to-Router Sync feature that makes light work of sharing files without the fuss of managing user access rights and FTP access. A simple invitation allows photos, videos and other files on USB-attached storage to be synchronized automatically to USB-attached storage on other compatible ASUS routers, without the need for a switched-on PC at either end. 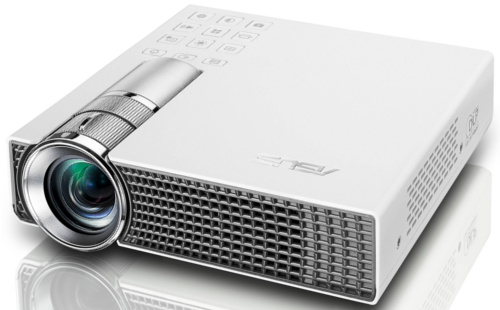 A portable projector that's battery-powered for mobile flexibility, the P2B has a bright 350-lumen output from a long-life LED light source that powers-up in an instant and cools down quickly for packing away. The best-in-class 1.1:1 short throw ratio means the P2B can project a 42-inch diagonal image just one meter away from the projection surface and, with a 1280 x 800 WXGA resolution, even 8-point text is crisp and clear.

The P2B has a D-Sub input and a HDMI/MHL (Mobile High-Definition Link) port that allows compatible smartphones and tablets to be used as a projection source, while being simultaneously recharged. Images, videos and common office document formats can also be read directly from USB storage devices and microSD cards, while the built-in speaker removes the need for bulky external speakers. The P2B’s lithium-ion battery lasts for up to 90 minutes at the maximum 300-lumen brightness setting. Also, the brightness level can also be reduced to extend battery life.

All images accredited to ASUS.