ASUS is on a roll today; it announces a total of 7 new tablet devices at Computex 2014, one of which is claimed to be the world's lightest 8-inch LTE tablet.

The MeMO Pad 8 (ME581CL) sports an 8-inch Full-HD (1,920 x 1,200 pixels) display with Corning Gorilla Glass, ASUS's Splendid and TrueVivid color enhancement technologies for an optimal viewing experience. Like the other 6 new devices, the MeMO Pad 8 runs on a 64-bit Intel Atom quad-core processor (in this case, it's the Z3580 2.3GHz chipset). 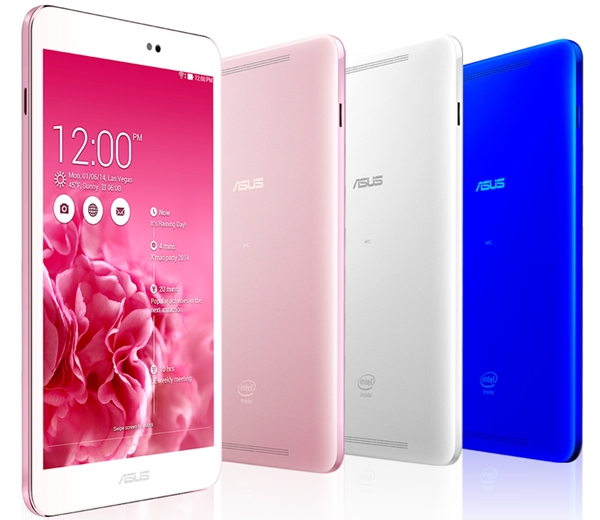 ASUS states that the 8-inch tablet has a premium multi-layer coating with a 7.45mm design construction made up of Non-Conductive Vacuum Metallization (NCVM) technology. This metallization technology is used by manufacturers to coat metallic-like textures on plastics used in electronics devices while maintaining radio frequency functionality of the internal antennas.

Its other specs include Wi-Fi 802.11 a/b/g/n/ac, NFC, 5-megapixel rear camera, 2-megapixel front-facing camera, stereo speakers with SonicMaster technology and a battery that is claimed to last up to 9 hours. 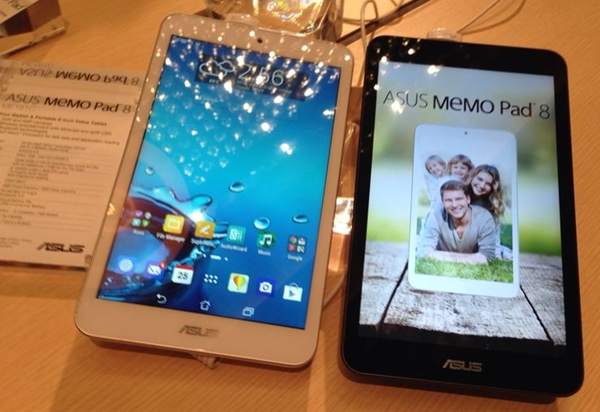 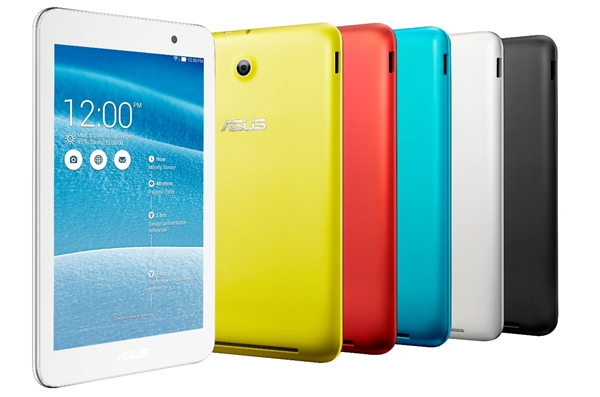