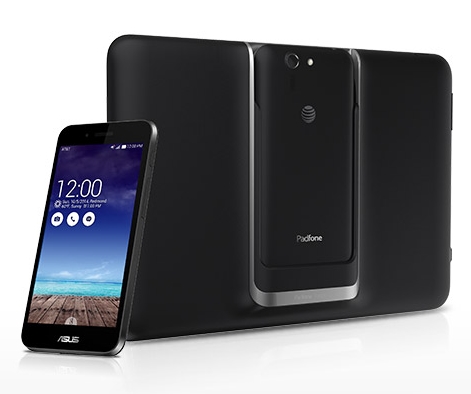 The PadFone S comes with similar specs as its US counterpart such as a 5-inch Full-HD display, a Qualcomm Snapdragon 800 quad-core 2.3GHz processor, 2GB RAM, a 13-megapixel rear camera and a 2,300mAh battery.

The PadFone S can dock into an 8.9-inch PadFone Station, transforming it into a tablet. Engadget reported that the PadFone S will be launched in select markets as early as late Q3 2014, but there is no information on its pricing at time of publication.

The Taiwanese company also updated two smartphones of the ZenFone series, the ZenFone 5 and the ZenFone 4. The ZenFone 5 ditches the Intel Atom Z2520 dual-core processor for a Qualcomm Snapdragon 400 quad-core 1.2GHz processor in favor of 4G LTE connectivity. The ZenFone 4 is updated with a slightly newer Intel processor. Both phones are expected to be available in select markets between Q3 and early Q4.