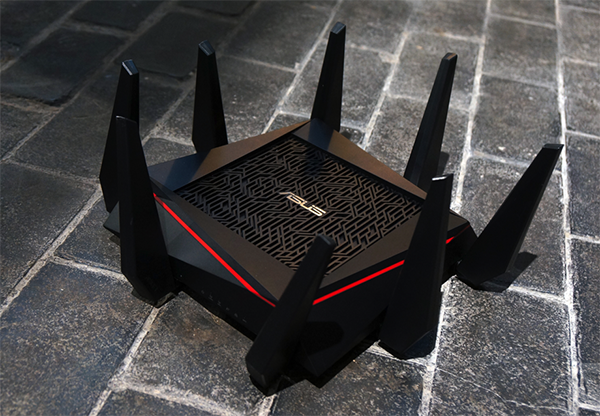 While smartphone makers fight over whose camera has a higher megapixel count, router manufacturers are trying to outdo each other with the number of external antennas. We have already seen routers with 6 antennas in the form of ASUS' RT-AC3200 and D-Link's DIR-890L, and now there's a router with 8 antennas.

But all of these specifications just fall flat in the face of how this router actually looks. It's looks so outrageous, and mechanical and organic all at the same time that it could actually pass off as an alien life-form. And we like it. A lot.

No word yet on local availability and pricing, but we will update as soon as we have news.

Join HWZ's Telegram channel here and catch all the latest tech news!
Our articles may contain affiliate links. If you buy through these links, we may earn a small commission.
Previous Story
OnePlus 2 updates Singapore pricing while striking down grey imports
Next Story
Lenovo's Y series introduces new gaming machines and gear