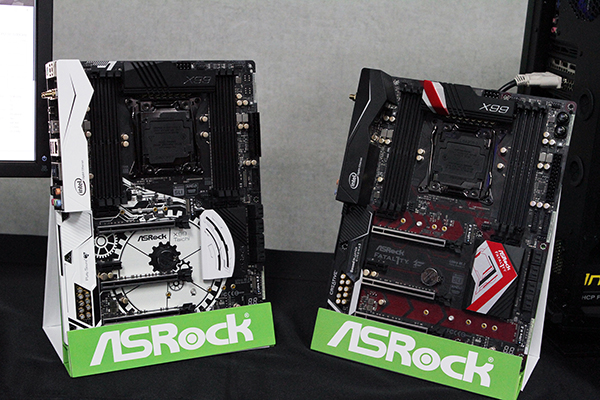 Intel recently announced its new series of Broadwell-E extreme processors, including the Core i7-6950X Extreme Edition, its first ever 10-core desktop processor. However, these chips are still intended to work on the existing Intel X99 platform, so motherboard manufacturers have instead taken to refreshing their existing board line-ups to capitalize on the new CPUs. We’ve already seen boards from brands like ASUS and MSI, but ASRock has hit back with the two of its own – the Fatal1ty X99 Professional Gaming i7 and the X99 Taichi.

ASRock showed off the boards at Computex in Taipei last week, and the two are actually rather similar. Other than their aesthetics, they only differ on a few minor features.

For starters, both of them utilize a 12-phase power design with a dedicated header for hooking up a water pump. There are also a total of 10 SATA 6Gbps ports on each board – which should be more than enough for most users – and two M.2 sockets. However, while one of the M.2 sockets uses a Key M slot, the other is actually a Key E slot, which means that it will not work with virtually all existing M.2 SSDs.

Key E slots are generally used for add-in devices like Wi-Fi and other connectivity modules, but we have a feeling that users would prefer to have a second M.2 Key M slot instead in case they want to install an additional M.2 SSD. What’s more, both boards already have an onboard 802.11ac Wi-Fi chip – alongside two Intel Gigabit NICs – so there’s not much need for further connectivity options.

When you really get down to it, the Fatal1ty and Taichi boards differ only in terms of looks, as well as their implementation of the UEFI BIOS, audio, and USB port selections.

The ASRock Fatal1ty X99 Professional Gaming i7 boasts a predominantly black color scheme, with highlights of red and white on the heatsinks and PCB. The Taichi is the more eye-catching board, with images of mechanical gears printed in white on the PCB. The CMOS battery is even strategically placed in the middle of the largest cog. ASRock has even given the Taichi’s UEFI BIOS a matching skin to fit the board design. 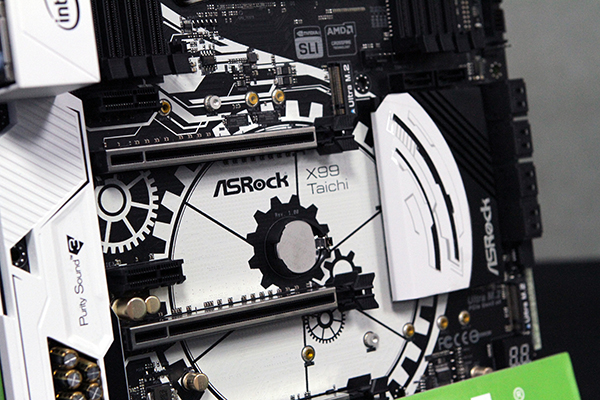 As the more expensive board, the Fatal1ty also has slightly better onboard audio and more USB 3.0 ports. It uses Creative SoundBlaster Cinema3 audio hardware, whereas the Taichi relies on a run-of-the-mill Realtek audio codec. And even though both of them have USB 3.1 Gen 2 Type-A and Type-C ports, the Fatal1ty has a further eight USB 3.0 ports, while the Taichi has just five (on top of seven USB 2.0 ports).

ASRock aims to launch both boards in early July. The Fatal1ty will cost US$259, while the Taichi is cheaper at US$219. We’re currently checking with local distributors on the expected local pricing and availability.

Join HWZ's Telegram channel here and catch all the latest tech news!
Our articles may contain affiliate links. If you buy through these links, we may earn a small commission.
Previous Story
Intel and AMD may not launch their next-generation processors until 2017
Next Story
Top 15 app publishers in the U.S. saw downloads drop a whopping 20% on average