ASRock and Razer team up for next-level RGB controls

ASRock and Razer team up for next-level RGB controls

Note: This article was first published on 1st December 2020. 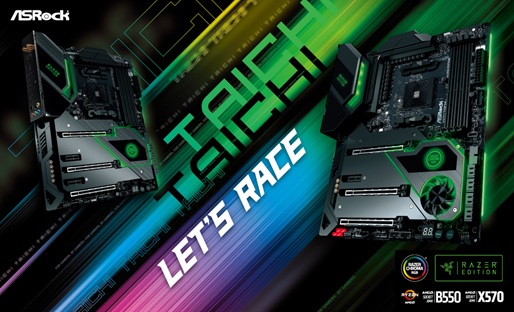 Working from home is and will most likely be a norm for the foreseeable future and this will inevitably drive sales up for PC parts. But if you’ve been holding out on an upgrade and need a compelling reason, maybe ASRock and Razer’s collab might tickle your RGB-ling fancy.

This partnership between ASRock and Razer birthed the Taichi Razer Edition; an AMD X570 and B550 motherboard which are compatible with the latest Ryzen 5000 desktop processors. 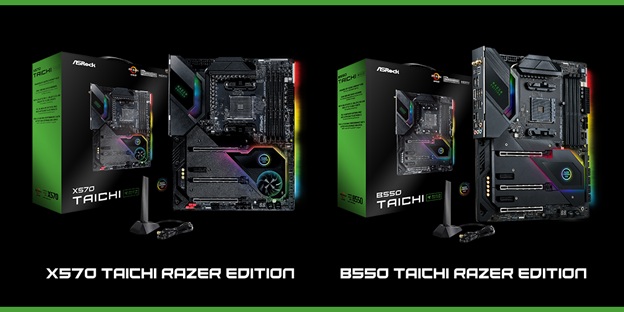 On the software side, both of the motherboards integrated the Razer Chroma software called Razer Synapse 3 natively, and that means that you can control devices, peripherals, and games to easily sync across devices and software supporting addressable RGB (ARGB). According to Razer, the list includes “over 500 devices, 150 natively integrated games”, with some of these companies like Zotac, Thermaltake, and MSI working with that platform.

Both motherboards feature PCIe 4.0, overclocking utility with a 16-phase power design, Killer E3100X 2.5G Ethernet, Killer Wi-Fi 6 AX1650. There's also an overwhelming number of USB ports as you can expect the motherboard to usually be the hub of all connectivity:-

The main differences between the AMD X570 and B550 chipset-based boards are that the X570 supports NVIDIA SLI and includes an additional two PCIe Gen4 x4 slots for your NVMe SSDs. However, the B550 is able to support a higher clocked memory at DDR4-5200MHz, while the X570 is slightly behind at DDR4-4666MHz. So if you're into overclocking, perhaps the B550 is a better match, but the X570 is tuned for performance and lower latency memory, plus the additional feature support mentioned above.

As for local availability, we will update this space when there is news of it. So keep an eye out for it!

Join HWZ's Telegram channel here and catch all the latest tech news!
Our articles may contain affiliate links. If you buy through these links, we may earn a small commission.
Previous Story
Teachers can use their iPhone or iPad as an overhead camera on Zoom via this app
Next Story
Intel introduces Face ID-like authentication for ATMs, kiosk and door locks