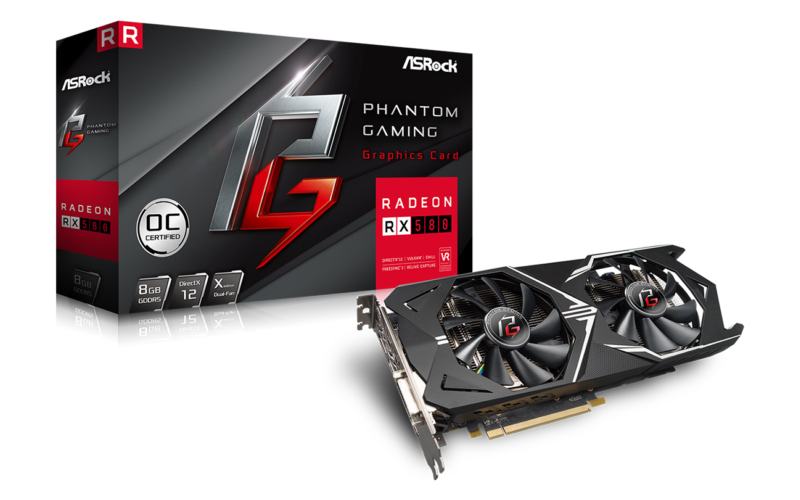 This puts it in a similar position as fellow motherboard manufacturers like ASUS, Gigabyte, and MSI, which also make their own graphics cards.

The Polaris cards’ strong compute performance and reasonable prices have made them a popular choice among miners, and initial speculation had pegged ASRock as attempting to go after the mining market. However, it seems like ASRock is looking to woo gamers instead, as suggested by the Phantom Gaming name.

In total, ASRock is launching four different Polaris cards as listed below:

They all feature ASRock’s custom cooling solution and clock profiles, including a silent, default, and OC mode. You’ll be able to switch between profiles in ASRock’s companion software, called Phantom Gaming Tweak.

Here’s a table summarizing the clock speeds of each card:

The cards also use a copper base heatsink design that ASRock says helps maximize contact area with the GPU.

Finally, both the Radeon RX 580 and RX 570 come equipped with a single 8-pin PCIe connector for power and feature three DisplayPort 1.4, one HDMI 2.0, and a dual-link DVI-D output. 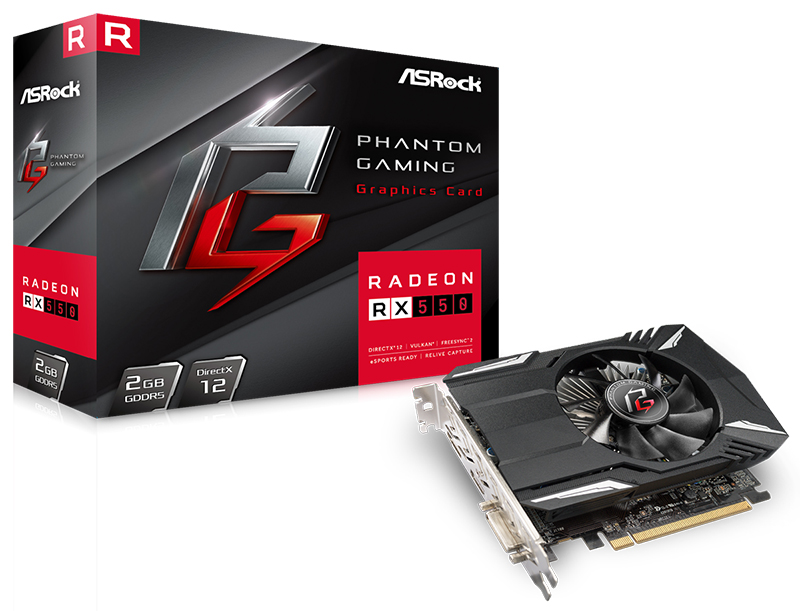 On the other hand, the single-fan Radeon RX 560 and RX 550 feature a simpler cooling solution with no heat pipes. They also have just one DisplayPort 1.4, one HDMI 2.0, and one dual-link DVI-D output, and are clocked quite a bit below AMD's own reference clock speeds.

Having said all that, ASRock's new cards don't seem to appear anything in particular to get excited about. They're not especially fancy or built for overclocking, and don't seem to have any unique features to help them stand out.

Nevertheless, there's no reason to snub additional competition and choice for consumers. I'll update again once there's news on availability and price.