The A-Style 2T2R dual-band 802.11ac Wi-Fi module allows for wireless networking on both 2.4- and 5GHz bands, up to speeds of 867Mbps. ASRock has also bundled its new ASRock Wi-SD front tray that sports four USB 3.0 ports and an SD 3.0 card slot with some of its Intel 8-series boards. There are no further technical specifications of the Wi-SD front tray; however, we do suspect that it houses the wireless networking antenna for the onboard Wi-Fi module too. 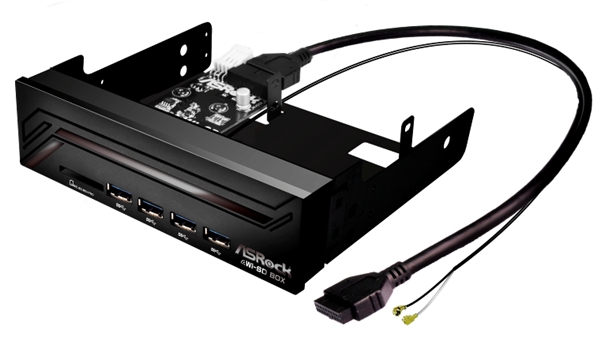 Currently, we don't have any more information about the ASRock Intel 8-series boards that will support these new features and the Wi-SD tray accessory. Earlier this month, we highlighted ASRock's A-Style Purity Sound feature of these upcoming boards. For more details, please visit ASRock's microsite here.

Join HWZ's Telegram channel here and catch all the latest tech news!
Our articles may contain affiliate links. If you buy through these links, we may earn a small commission.
Previous Story
A Preview of Upcoming MSI G-Series Gaming Notebooks
Next Story
Sony Introduces 10,000mAh Portable Charger