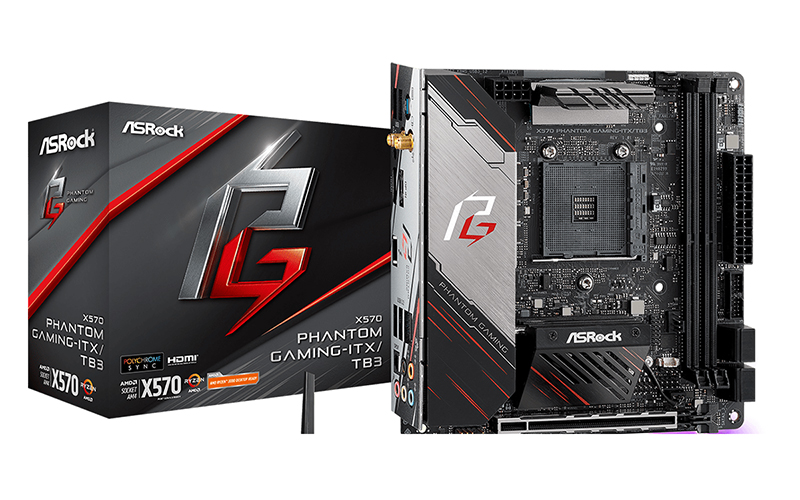 AMD's X570 chipset has been out for a while now, but there are still some surprises in store from motherboard manufacturers. As it turns out, ASRock's X570 Phantom Gaming ITX/TB3 motherboard doesn't even use AMD's AM4 mounting holes. Instead, it supports Intel LGA 115x and will not in fact work with any AMD AM4 socket cooler.

ASRock's list of compatible coolers includes models from Corsair, Silverstone, and Noctua, comprising also several low-profile designs for mini-ITX builds. Why would ASRock do this? After all, it also means that you won't be able to use AMD's stock Wraith or Wraith Prism coolers on the motherboard.

That said, it could be an attempt to entice existing owners of Intel-based ITX systems to upgrade to AMD. Furthermore, many coolers designed for mini-ITX systems still use Intel's mounting system, which means far more limited choices if you're looking for a compact cooler for your Ryzen 3000 chip. By enabling support for LGA 1151x, ASRock has widened the options you might have by quite a fair bit.

While many coolers have since added supported for AM4, and you have a pretty robust ecosystem to choose from now, the fact remains that Intel's mounting solution still has broader support. As a result, ASRock's solution could simply be seen as a nifty way to make more choices available to its customers.

Join HWZ's Telegram channel here and catch all the latest tech news!
Our articles may contain affiliate links. If you buy through these links, we may earn a small commission.
Previous Story
SoftBank's president hinted that the new iPhones will launch on 20th September
Next Story
Google: All Made by Google products will include recycled materials by 2022