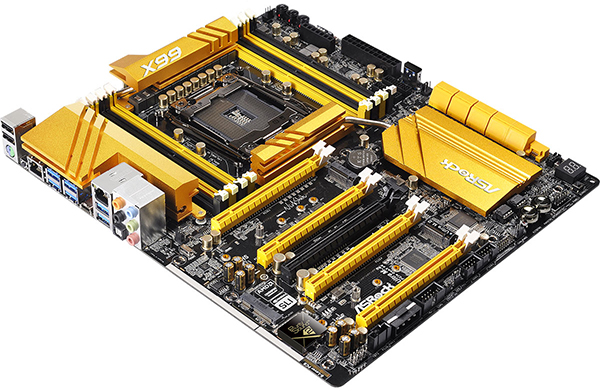 Broadwell-E is coming. In anticipation of the processor launch, ASRock has announced a major BIOS update for its Intel X99 motherboards to add support for the new 14nm CPUs. And while Intel hasn’t officially announced Broadwell-E yet, ASRock has gone ahead and listed a number of the new chips in a blog post, conveniently outing a good number of them, including the 10-core, 20-thread flagship Core i7-6950X chip.

The company says that all of its Intel X99 motherboards will support Broadwell-E chips with the new BIOS update. The upcoming CPUs use the same Intel LGA 2011-v3 socket as Haswell-E, so X99 owners needn’t worry about further compatibility issues as long as they have the right BIOS.

Users planning to upgrade to Broadwell-E can already download the update from ASRock’s website. Back in January, Gigabyte also released a BIOS update to prepare its X99 boards for Broadwell-E.

Intel is expected to officially launch the new processors around the middle of the year, most likely during Computex 2016 in Taipei.

Join HWZ's Telegram channel here and catch all the latest tech news!
Our articles may contain affiliate links. If you buy through these links, we may earn a small commission.
Previous Story
Logitech buys Jaybird for US$50 million in cash
Next Story
HTC 10 officially confirmed as the next flagship, coming soon