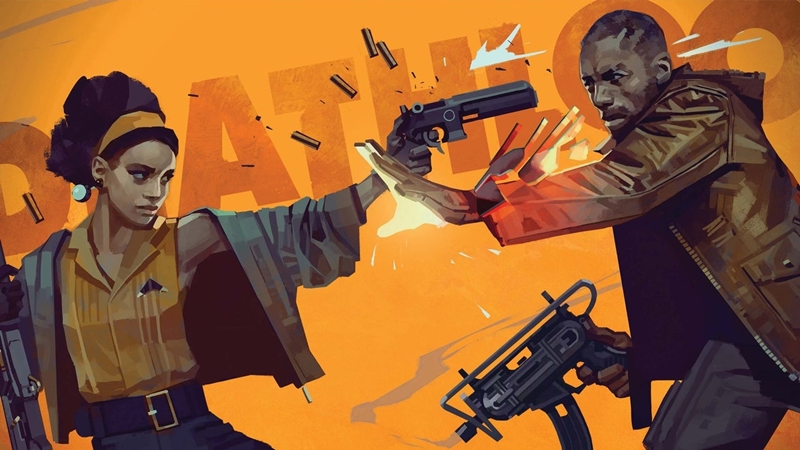 Ladies, gentlemen, and assassins of all ages, please note that there will be some additional waiting time for the voyage to Blackreef island, and according to our calculations (read: the developer's announcement), you should reach your destination in a very short time of...five months.

Yes, it appears that Arkane Lyon has been forced to delay the release of their quirky new shooter Deathloop to 14 Sep, roughly four months up from its original target of 21 May. In a short video clip posted last night on Twitter, Game Director Dinga Bakaba and Art Director Sebastien Mitton came forward to explain the decision, citing a need to "preserve the team's ambitions for Deathloop" and that they would be using the extra time to develop a "fun, stylish and mind-bending player experience". As always, the duo ends off by thanking players for their passion and their patience, and that they're looking forward to meeting us on Blackreef island later this year. 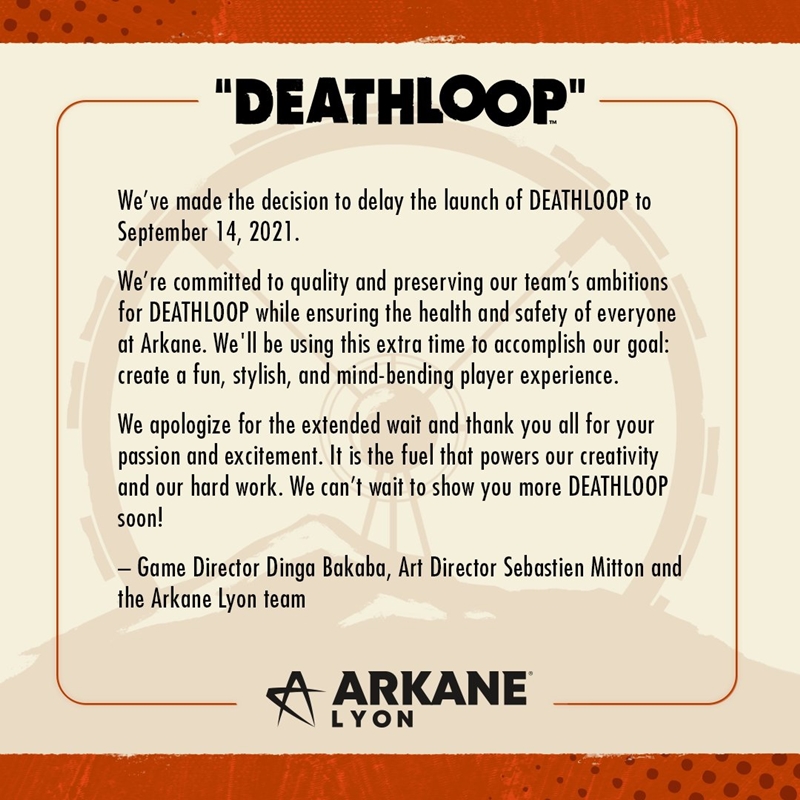 Ever since it was revealed back at E3 2019, Deathloop has proven to be one of the quirkiest games we've ever seen to date. Players step into the shoes of an assassin named Colt, who's stuck in an unending time loop on the mysterious island of Blackreef along with another killer. To break the loop, Colt must dispose of several specific individuals on the island while evading the other assassin.

However, what makes this game special is its open-endedness. After Colt dies, the loop resets to the start, and players will be free to explore alternative methods of achieving the objective. Essentially, this novel variant of cat-and-mouse allows for insane flexibility and creativity in players' approaches, and that's where the fun lies.

Anyway, to give you a better look at what we're talking about, we've added in the old gameplay trailer below, which you can check out while waiting for September to arrive. Honestly, if the AI doesn't kill us, the four-month wait for the game just might!

Join HWZ's Telegram channel here and catch all the latest tech news!
Our articles may contain affiliate links. If you buy through these links, we may earn a small commission.
Previous Story
Sony is working on a PlayStation 5 remake of The Last of Us
Next Story
Database with Clubhouse users’ details found being offered on a hacker website