Are we looking at a Bitcoin bubble?

Bitcoin surpassed the US$13,000 mark yesterday, a new high for the virtual currency

Note: This article was first published on 7th December and updated to show the continued strong Bitcoin value. 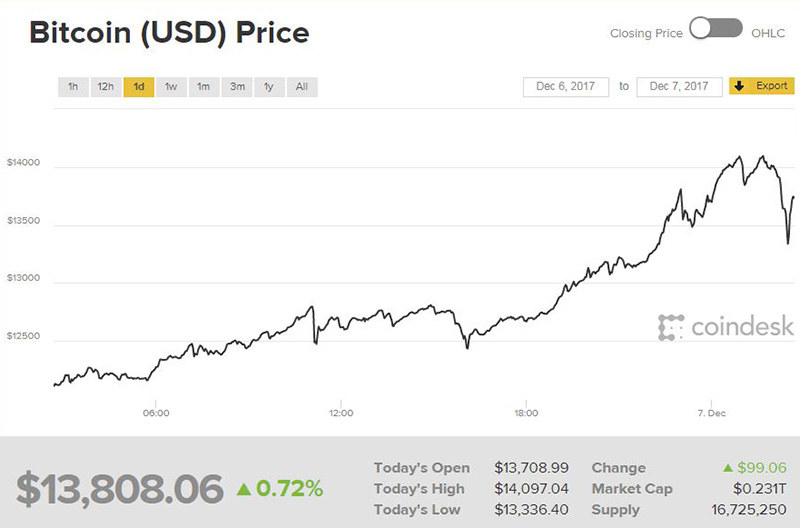 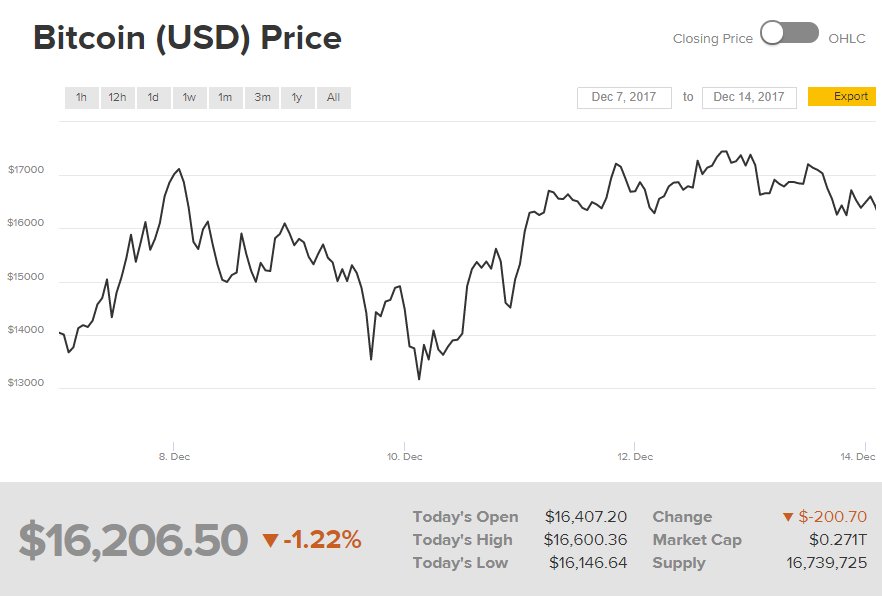 Forbes reports that Bitcoin has surpassed well over US$13,000 (US$13,944.34 at time of writing on 7th December) and has continued to climb to over US$16,000 for much of this week, as demand for the digital currency seems to be showing no signs of abating. As Bitcoin rises to ever higher levels, the media gains attention. This inevitably creates greater visibility for the crypto-currency, and the cycle continues.

Certainly, these crypto-currencies are easily some of the hottest investments in the market right now, but the risk is as high as the reward. The scale at which Bitcoin mining has grown has pushed several home miners to give up, as their own dedicated machines simply cannot keep up, especially when you factor in the costs to keep the machines running.

Travis Parker, COO of IRA Bitcoin LLC, a company that specializes in IRA and 401(k) transfers into bitcoin and other crypto-currencies, feels that demand for crypto-currencies is only going to keep growing though. As the “growing awareness for its retail and commercial applications have sparked mainstream investor interest and attracted hedge funds and asset managers”.

As with all things traded on the market, more interest means more volatility, so that means we can certainly expect to see more changes in the value of Bitcoin to come. As crypto-currency fund manager Jacob Eliosoff says, the big question isn’t whether the price will crash, but where it will crash to. It could crash down to US$20,000 or down to as much as US$2,000, just like any heavily traded stock.

If you’re wondering what all this is about, Bitcoins were created in 2009 by an anonymous hacker known as Satoshi Nakamoto, as a peer-to-peer cash system that ran independent of governments and banks as financial intermediaries. They’re generally recognized as the world's first decentralized, anonymous digital currency, though use of the currency in day-to-day situations is limited at best for now.

Bitcoins can be created through a process known as mining, where users are awarded bitcoins each time they find the solution to a certain mathematical problem, thereby creating a new "block" in the bitcoin network. Because the problems are highly complex, they generally require a lot of processing power which translates into a heavy investment for an individual.

CNBC has put together the below Facebook video to sum up the Bitcoin bubble, but stay on to read the comments to give you another perspective of things.

Just like any investment, the risks are as high as the rewards. In this case though, the unregulated nature of the currency means it’s probably significantly higher, so we’d advise everyone looking to get into crypto-currencies to proceed with caution.

Previous Story
Did Bing just get smarter?
Next Story
Tidal reportedly running out of cash, may only last a few more months