Are retailers in Singapore jacking up prices for Animal Crossing: New Horizons?

Are retailers in Singapore jacking up prices for Animal Crossing: New Horizons? As gamers, we know our games and accessories aren't exempt from the economic rules of demand and supply, and can certainly understand if prices rise and fall as much as the next piece of household furniture depending on the circumstances. However, it's still rather alarming to see that some retailers in Singapore have started to jack up prices for Animal Crossing: New Horizons to three-digit levels, or just under that. Now, we're fine if the prices went up by a few dollars due to the hype train, but a fifteen to twenty dollar increase on average in Singapore is staggering. Currently, a physical copy of your average Nintendo Switch title costs between sixty to eighty dollars, but we've seen some copies of New Horizons that were priced at over a hundred!

Hey, we know that New Horizons is the best selling Switch title of all time, but even online retailers are keeping themselves in check by pricing the games at around eighty bucks, so a hundred bucks for a physical copy is really out of the park. With that kind of money, I'd be better off getting a PS4 game with a bunch of DLCs and still have some cash left over for a milkshake. 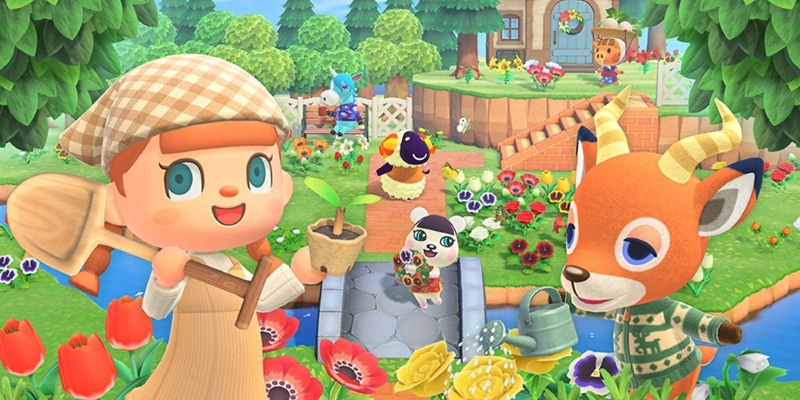 Thus, the only question left to ask now is why. Perhaps they're intending to ride the wave of popularity alongside the Nintendo Switch itself. After all, sales for the console have increased recently in view of the virus outbreak keeping everyone at home, and so they might want to maximise profits by jacking up the prices for the game that's most likely to be bought alongside a new Switch. Alternatively, it could be seen as a way of making up for potential losses down the road, since the lockdown means less human traffic to such stores, at least for the next few months.

Either way, forking out a hundred dollars for a single Switch title is no joke, even if it is the hottest one on the market right now. Fortunately, Animal Crossing games tend to have excellent shelf lives and age rather well, so playing the waiting game is definitely an option here. Or, just buy from the Nintendo eShop.

Join HWZ's Telegram channel here and catch all the latest tech news!
Our articles may contain affiliate links. If you buy through these links, we may earn a small commission.
Previous Story
Lego has revealed a 285-piece 501st Legion Clone Trooper battle pack
Next Story
The final trailer for Final Fantasy 7 Remake teases some shocking new changes