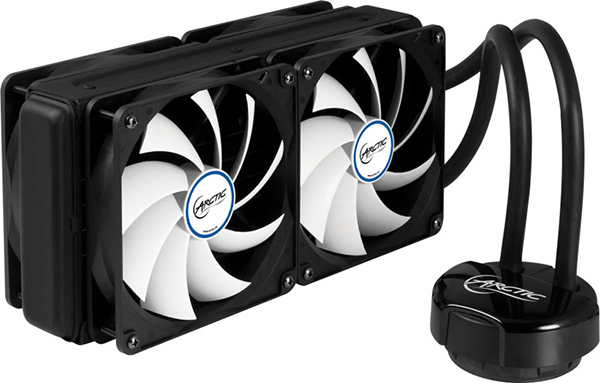 Arctic, a company perhaps best known for its custom GPU coolers, has announced two new all-in-one (AIO), closed loop CPU coolers. This marks the first time that Arctic is entering the liquid CPU cooler market, and it certainly faces stiff competition from the likes of Corsair, Antec, and even NZXT.

As a company dedicated to keeping the temperatures of your hardware down, Arctic certainly has a lot to live up to. The new Liquid Freezer 120 and Liquid Freezer 240 are, as their names suggest, 120mm and 240mm radiator coolers respectively.

Arctic claims that these are the most powerful coolers in their class. The Liquid Freezer 240 features a 38mm-thick radiator and can reportedly handle a Thermal Design Power (TDP) of up to 350 watts, although Arctic recommends that you not exceed 300 watts. And unlike most 240mm coolers out there, Arctic has included four 120mm fans with it in a push-pull configuration.

Similarly, the Liquid Freezer 120 comes with two 120mm fans in push-pull as well and it has an even thicker 49mm radiator, perhaps to make up for the surface area lost because of its smaller size. Arctic has set the maximum cooling power slightly lower at 300 watts, with a recommendation to not go over 250 watts. However, that’s still more than you’re likely to require as even the Haswell-E Intel Core i7-5960X has a TDP of only 140 watts. 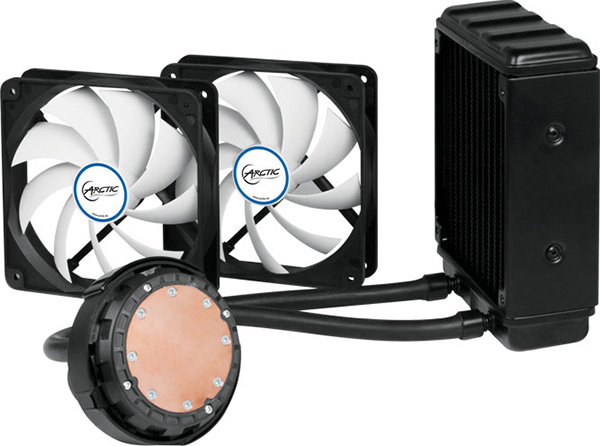 The included fans are four-pin PWM units with a range of between 500 and 1,350RPM. They are rated at up to 74CFM in an unrestricted environment and 22.5dBA of noise, which is pretty much whisper-quiet.

Join HWZ's Telegram channel here and catch all the latest tech news!
Our articles may contain affiliate links. If you buy through these links, we may earn a small commission.
Previous Story
M1 customers can now use their local data bundles in Europe!
Next Story
Spruce up your iPad Pro with a custom 24K gold mod