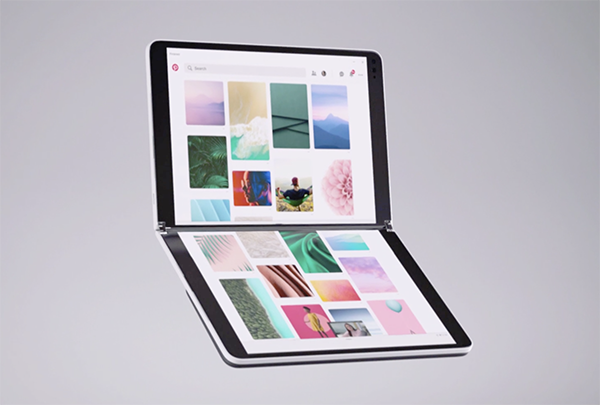 Apple's patent application for a foldable iPad seems to use the same approach as the Microsoft Surface Duo and Neo.

Spotted by Patently Apple, the patent describes how a foldable iPad can have a "joint operating mode" where one image can be seamlessly divided into two screens. This is made possible by sensor measurements and other information which are used to detect when an edge of the first device is adjacent to the edge of a second device.

In the "joint operating mode", images can extend across displays on the device while sensors and other resources may be shared. The patent also describes how magnetic components are used to align the screens in a variety of orientations.