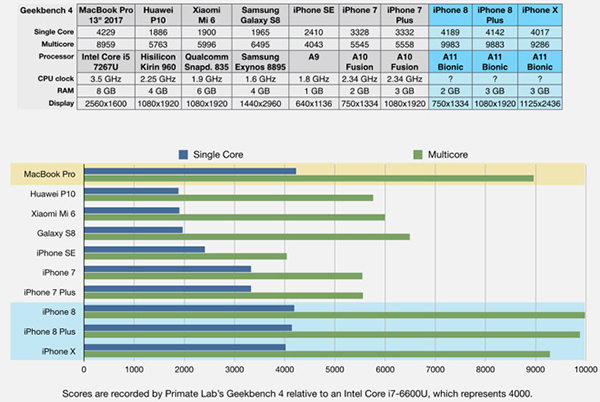 Looking at the graph above, it is evident that the leap in performance over last year's A10 Fusion chip is significant, to say the least.

Perhaps more impressive is that the A11 Bionic can match and even beat a 13-inch MacBook Pro powered by a Core i5 processor.

It also goes without saying that the new A11 Bionic completely blows all Android competition out of the water. No Android phone comes close to the performance of the A11 Bionic processor.

In fact, if you look closely, you'll find that Apple's two-year-old A9 processor (found in the iPhone SE) still boasts superior single core performance to some the newest Android phones.