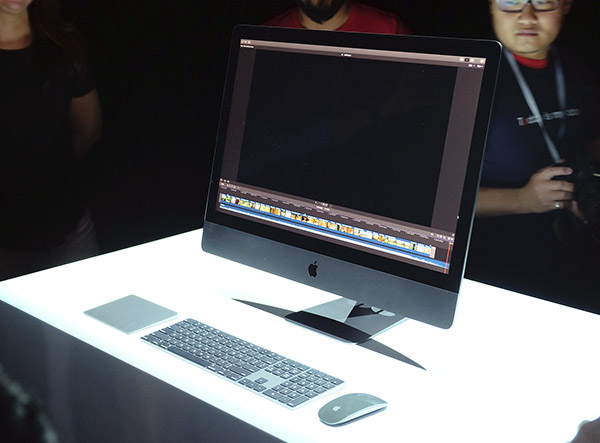 **Updated on 15 December with local availability and pricing details**

It comes in Space Grey and will feature a 27-inch 5K Retina display as standard. In addition, it will be powered by Intel Xeon processors and will be available in 8, 10, 14, and 18-core variants.

Apple has just announced that the 8 and 10-core variants of the iMac Pro will be available in the US, Canada, UK, and several other countries on 14 December with prices beginning from US$4,999.

Apple has just announced that the iMac Pro will go on sale in Singapore on 19 December with prices beginning at S$7,188 for the 8-core variant with 32GB ECC RAM, 1TB SSD, and AMD Vega 56 GPU with 8GB HBM memory.

Join HWZ's Telegram channel here and catch all the latest tech news!
Our articles may contain affiliate links. If you buy through these links, we may earn a small commission.
Previous Story
LG and Samsung to announce new phones at CES 2018?
Next Story
Which ASUS ZenBook are you? A quick guide to finding your next laptop