Apple's iPhone X pricing has now been slashed by 10% 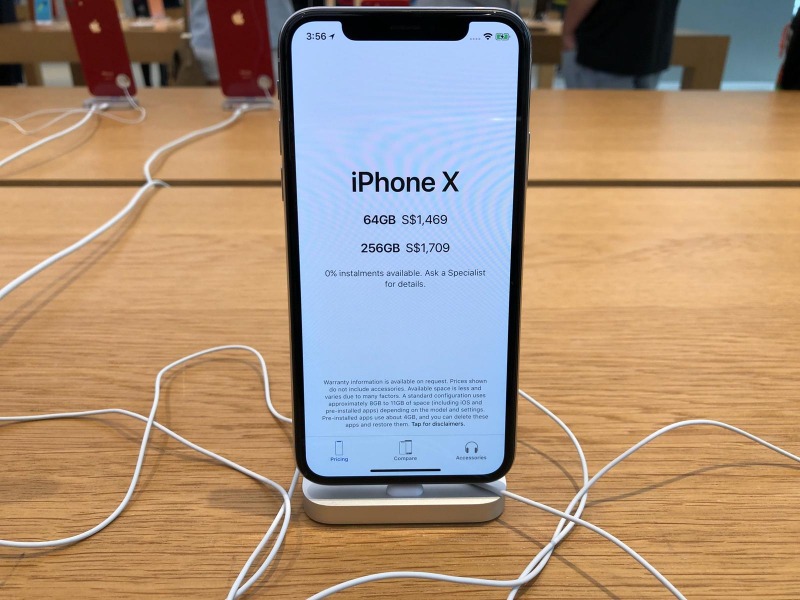 Did you hope for a cheaper iPhone X when the new iPhone XS and XS Max launched? Us too, but no sooner than the launch took place, the iPhone X is no longer an option you can purchase online.

Fret not, we took a peek at the Apple Store in Orchard and we found it going for up to 10% less. To be precise, it's now S$179 cheaper than the official SRP when it launched a year ago.

It's not exactly enough to excite everyone to start queuing outside the Orchard Apple Store, but if you have been on the fence about the new iPhone XS and XS Max due to the high price points, and you have a device older than an iPhone 8, now is a good time to consider the iPhone X. After all, while the newest editions are nice, you really aren't missing out a lot from them.

While this update pertains to Apple's own official pricing, you can get them even cheaper at certain mobile phone shops and other online phone retailers. Follow our weekly Price Guide updates here for the iPhone X (64GB) and iPhone X (256GB).