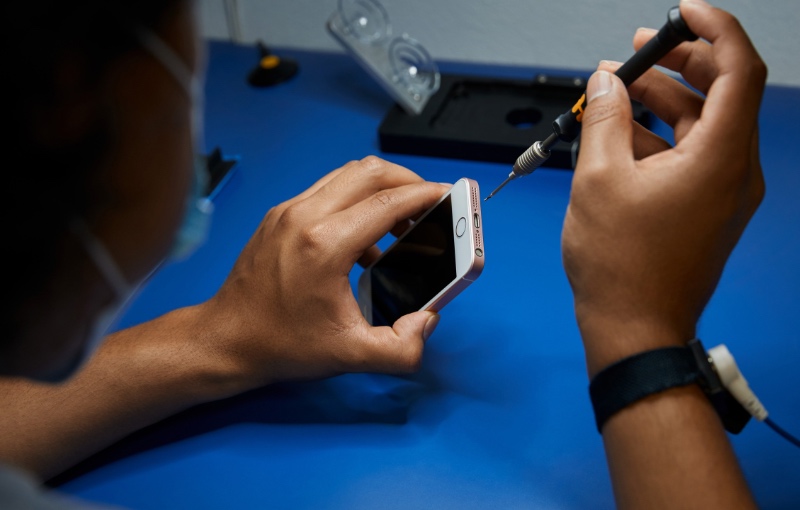 Apple has just announced that it is expanding its Independent Repair Provider Program worldwide.

The program, which first started in 2019, will now be expanded to over 200 countries. Right now, there are over 1,500 Independent Repair Providers across the US, Canada, and Europe.

Mainly, it will give repair providers – regardless of size – access to genuine Apple parts, tools, repair manuals, and diagnostics so that they can offer repair services to their community.

This doesn't matter so much in a country like ours where the nearest Apple Store is no more than 30 minutes to an hour away, but it could make a difference if you live in the suburbs outside of large cities where travelling in and out could be quite a hassle, or in more remote areas of the world.

The idea is so that no matter where you live in the world, you can get access to quality repairs.

And even though an Apple Store is just a short ride away, some of us might want to patronise our neighbourhood "Ah Beng" handphone shop. Well, this new program will now give them the opportunity to procure genuinely-sourced parts.

This being Apple, providers have to apply and be approved to be part of the program. Though the program is free to join, there are standards to be met. For example, technicians must be certified by Apple.

Once they are approved, they will have access to free training from Apple and the same genuine parts, tools, and repair manuals that are used at Apple Authorised Service Providers and Apple Store locations.

To apply and become an Independent Repair Provider, go here.

Join HWZ's Telegram channel here and catch all the latest tech news!
Our articles may contain affiliate links. If you buy through these links, we may earn a small commission.
Previous Story
Xiaomi unveils the Mi Smart Band 6 and Mi Smart Projector 2 Pro
Next Story
The Obi-Wan Kenobi Disney+ series has unveiled its stacked cast