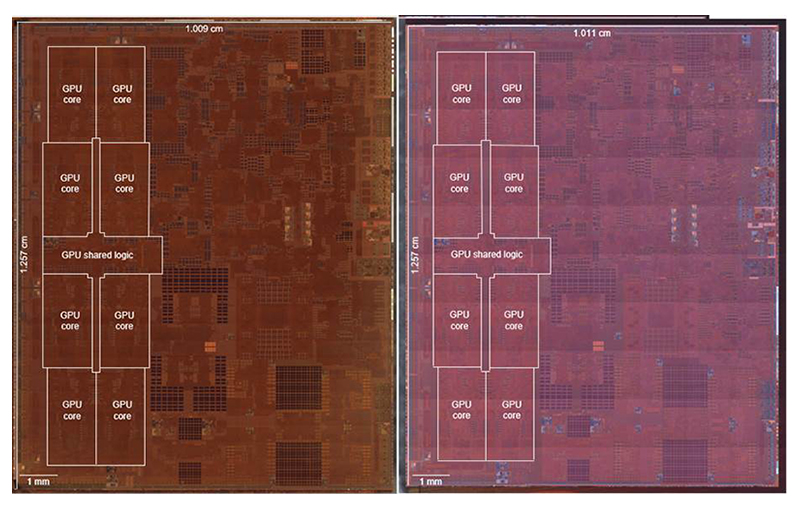 TechInsights has just completed a floorplan analysis of Apple's new A12Z Bionic processor and it has found it to be identical to the old A12X Bionic processor but with an extra GPU core enabled.

The A12Z Bionic is found in the newest iPad Pro tablets which were launched late last month.

Benchmarks of the new processor found it to offer little performance gains over its predecessor, which led many to speculate that the A12Z Bionic was actually an A12X Bionic processor but with a latent GPU core enabled.

Our analysis confirms #Apple #A12Z GPU chip found inside #iPadPro (model A2068) is the same as A12X predecessor. A report of our findings is underway & will be available as part of TechInsights' #Logic Subscription. Learn more here https://t.co/WWQqlPorNF pic.twitter.com/RsQEADpZsc

To be fair, such a practice is not uncommon. Chipmakers often practice this when chips aren't meeting yield levels, which makes sense because the A12X Bionic was launched with 7 GPU cores, which, if you think about it, is kind of an odd number.

Also, as our results show and experience with the new iPad Pro shows, the A12Z Bionic is hardly a slouch and is handily the fastest chip to be used in any tablet or smartphone.

Previous Story
PSA: TikTok videos at risk when app is used on smartphones
Next Story
Ubisoft will be dropping Assassin's Creed 2 for free on PC