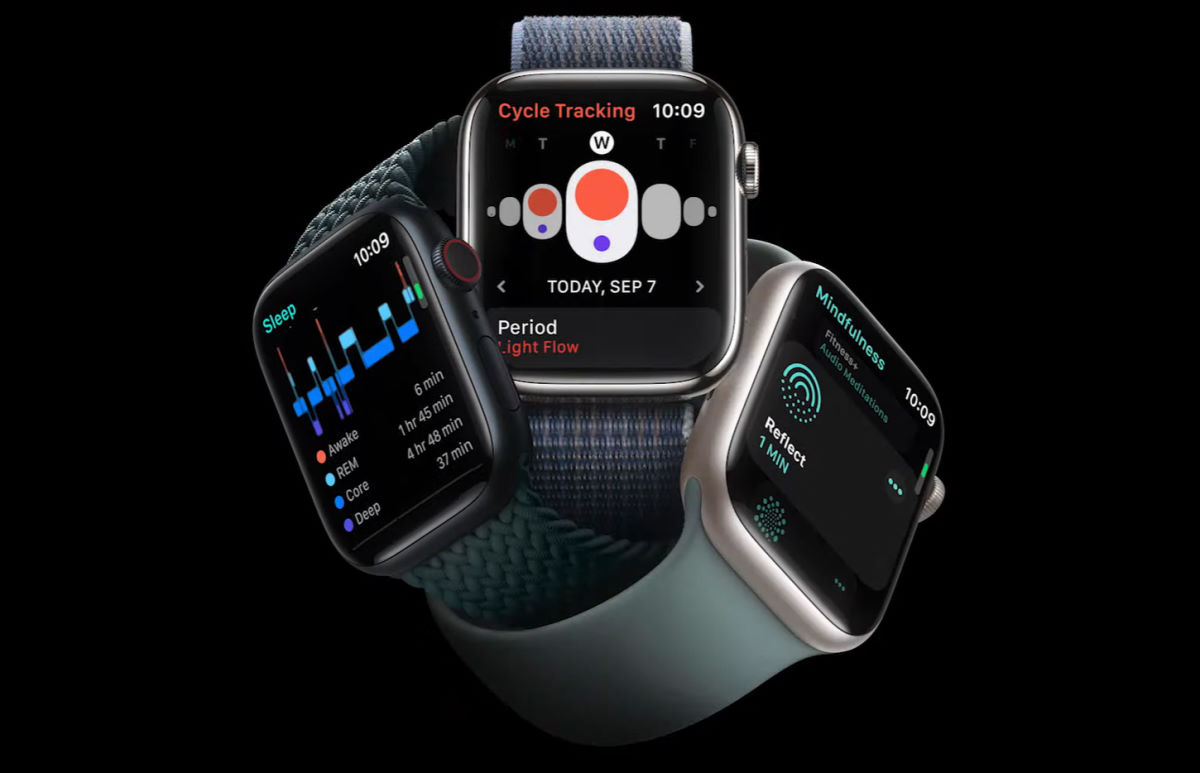 Apple has just announced the newest Apple Watch Series 8 in tonight’s Apple Event keynote. The watch itself looks pretty much the same as the Series 7 before it, featuring an edge-to-edge Always-on Retina display in two case sizes: 41mm and 45mm. The Watch Series 8 basically features two new key improvements: a temperature sensor and car crash detection. While Apple didn't really focus on it during the keynote, all the new Watch Series 8 devices finally feature a new dual-core S8 SiP chipset that's 20% faster than the previous generation.

There are actually two temperature sensors on the watch, one at the bottom of the case near your skin, and another under the display. According to Apple, this design improves the accuracy of its sensor by reducing environmental temperature fluctuations and bias. With this, Apple claims the Watch Series 8 is able to sample wrist temperature every 5 seconds overnight and can detect temperature changes as low as 0.1-degrees. The new temperature sensor is used to improve on Apple’s Cycle Tracking feature with retrospective ovulation estimation. 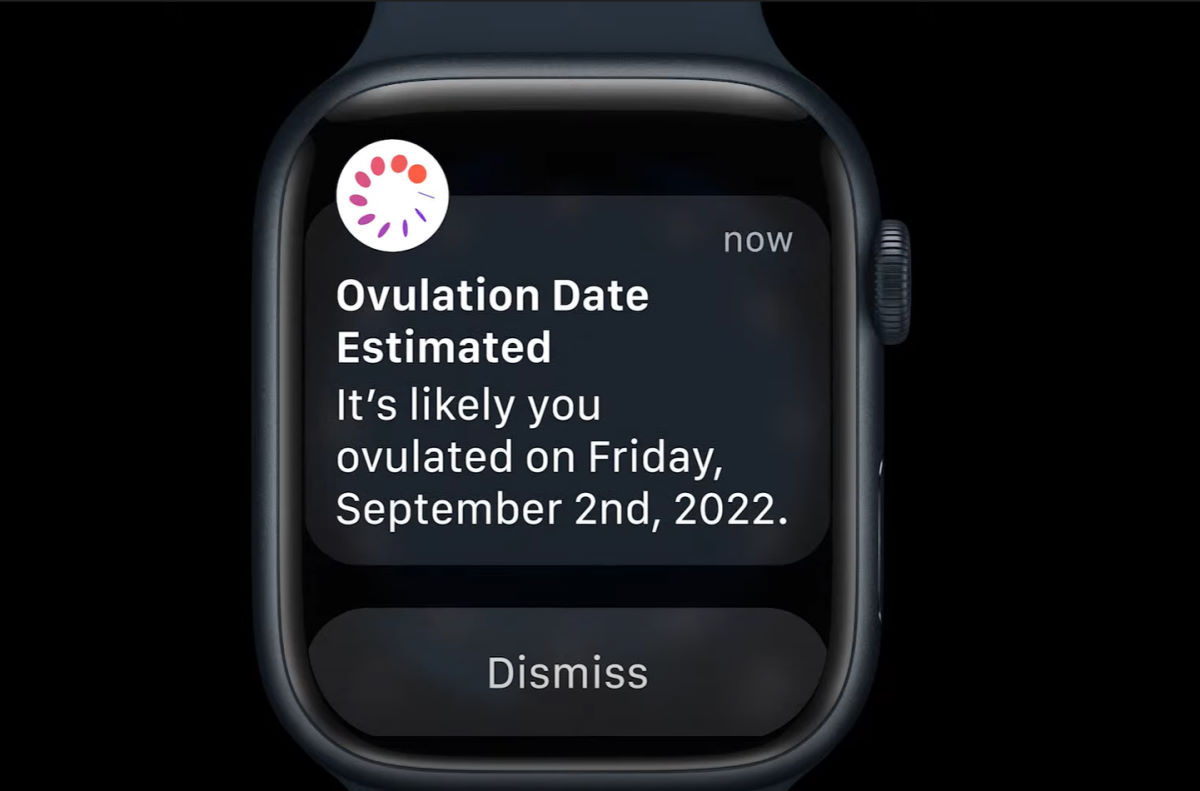 In addition to Fall Detection, the Watch Series 8 now comes with Car Crash Detection, featuring a new high g-force accelerometer which can supposedly measure up to 256 gs of force and samples motion up to 3,000 times per second. Combined with an improved 3-axis gyroscope and other sensors such as the barometer, microphone and GPS, Apple claims to have trained their car crash detection algorithm with over one million hours of real world driving data. The Watch Series 8 can precisely detect the exact moments of a crash in most common consumer vehicles, and processes this data all on the watch itself. It may seem like a side feature that’s ‘good to have’ but not critical as far as the usual spec upgrade everyone’s more accustomed to for new products, but the engineering that went into this feature is clearly commendable. 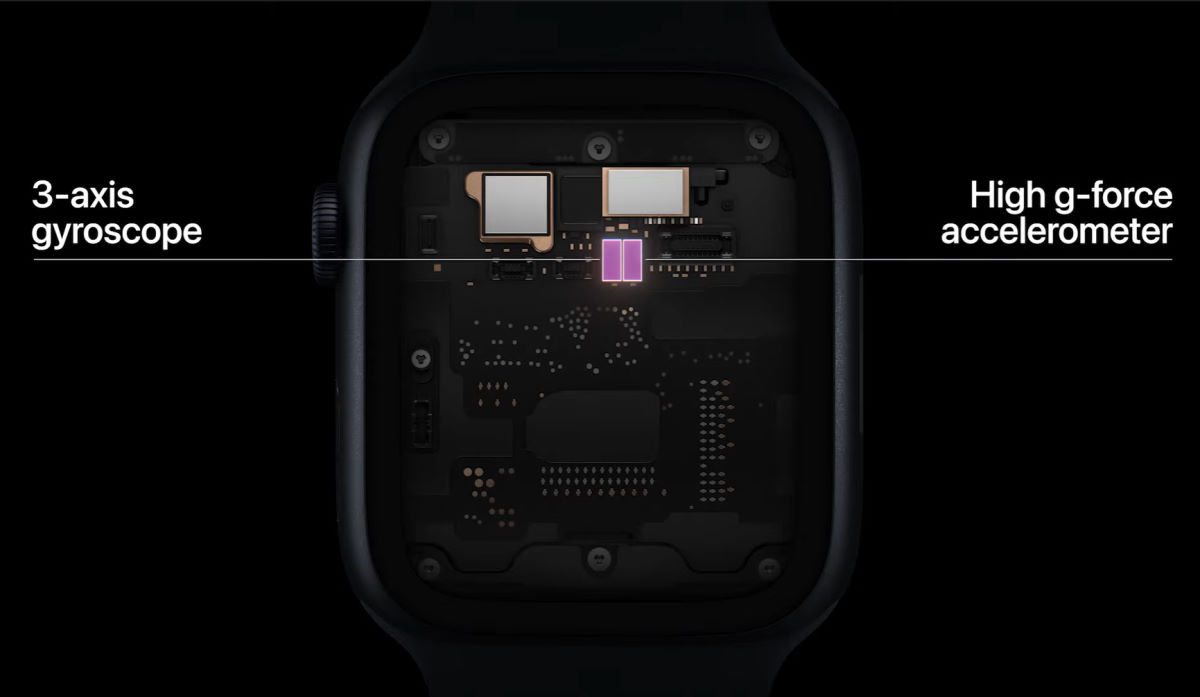 This new feature is also available on the new iPhone 14 models independently, but can also work in tandem. 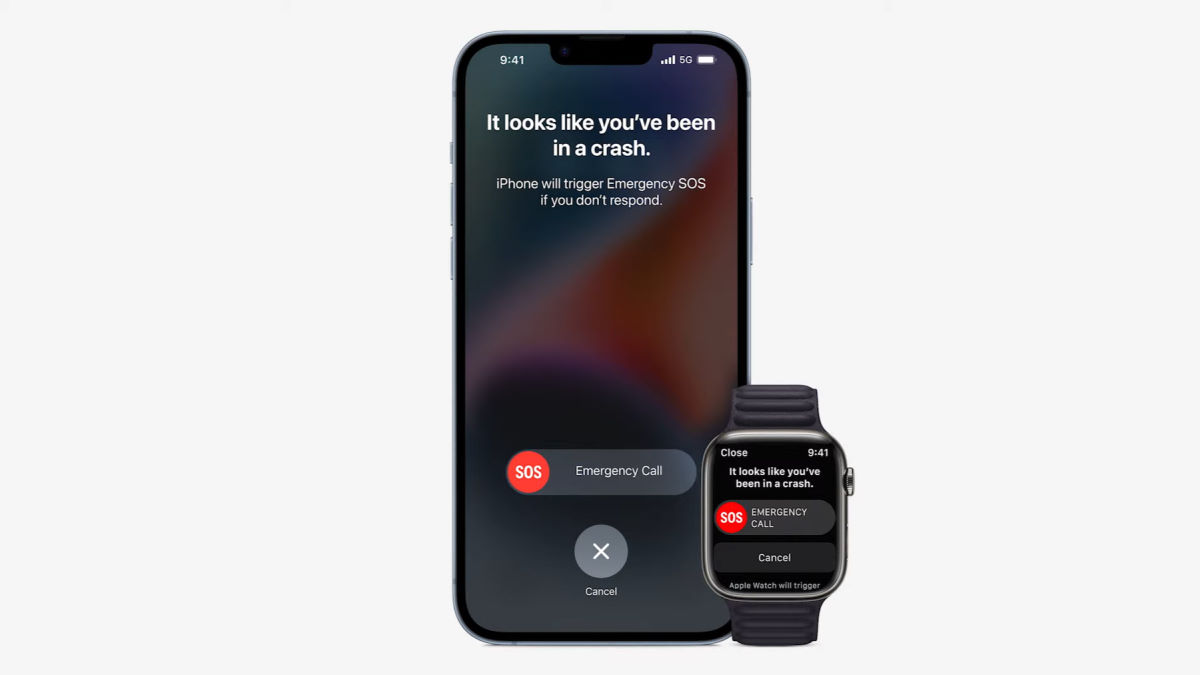 Finally, the Apple Watch gets more battery? Well yes and no. The Watch Series 8 is rated for an 18 hour battery, but now features a new Low Power Mode that can be toggled to double the battery life to 36 hours. In this mode, some non-essential features like the Always-on Display and Auto Workout Detection. However, it will keep core features like Fall Detection active. This new Low Power Mode is actually a feature for Watch OS 9, and should be be made avialable on Apple Watch Series 4 onward, though the actual extended battery life you'd likely gain from oder devices would most likely vary. 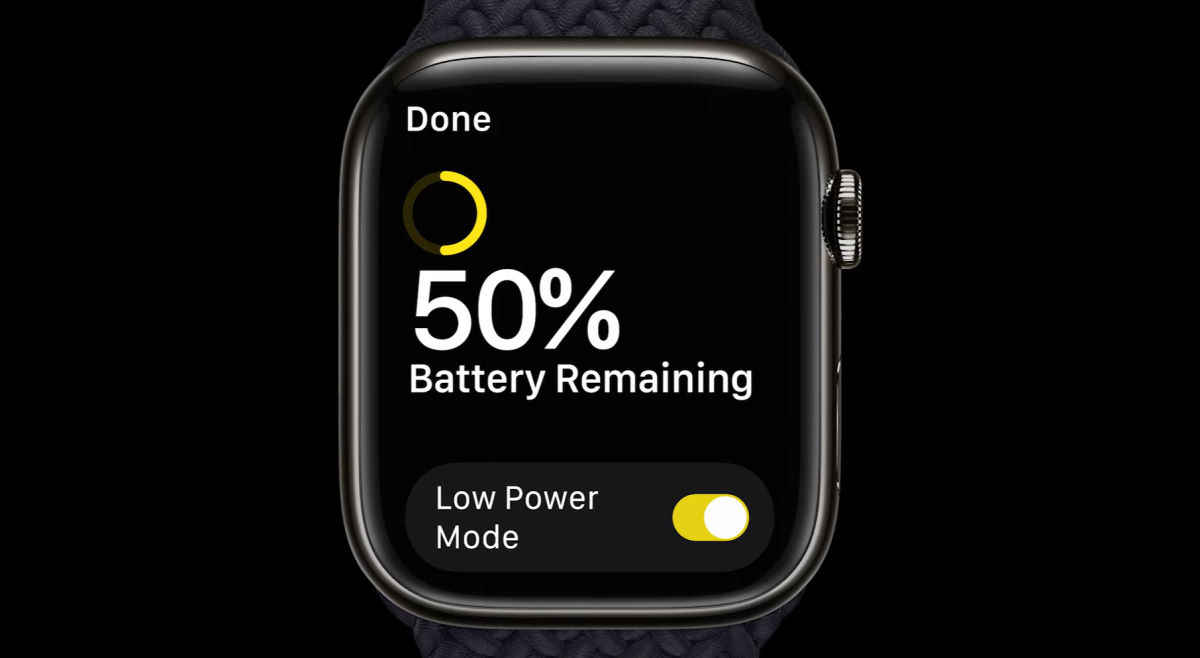 You can check out the other standard features and specs on Apple’s website, which should already be updated with the Watch Series 8. 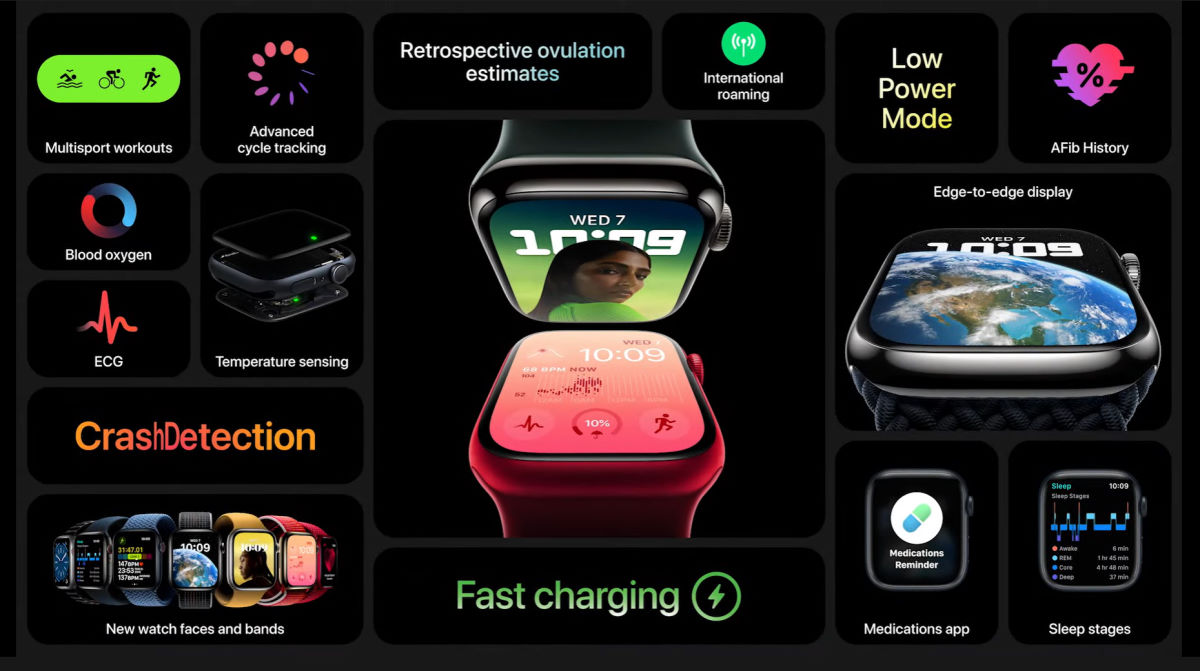 The Watch Series 8 will come in Aluminium (Midnight, Starlight, Silver, and Product RED)  and Stainless Steel (Graphite, Silver, Gold) cases  and finishes. Prices start at S$599 for the GPS only model, and S$749 for the GPS+Cellular model. You can already order them on the Apple Store. Availability will start on 16th September 2022.

As usual, there are also new Hermes straps if you're feeling particularly rich in the blood. The single tour H Diagonal will set you back S$1,989, and the double tour Gourmette Metal goes for S$2,499. 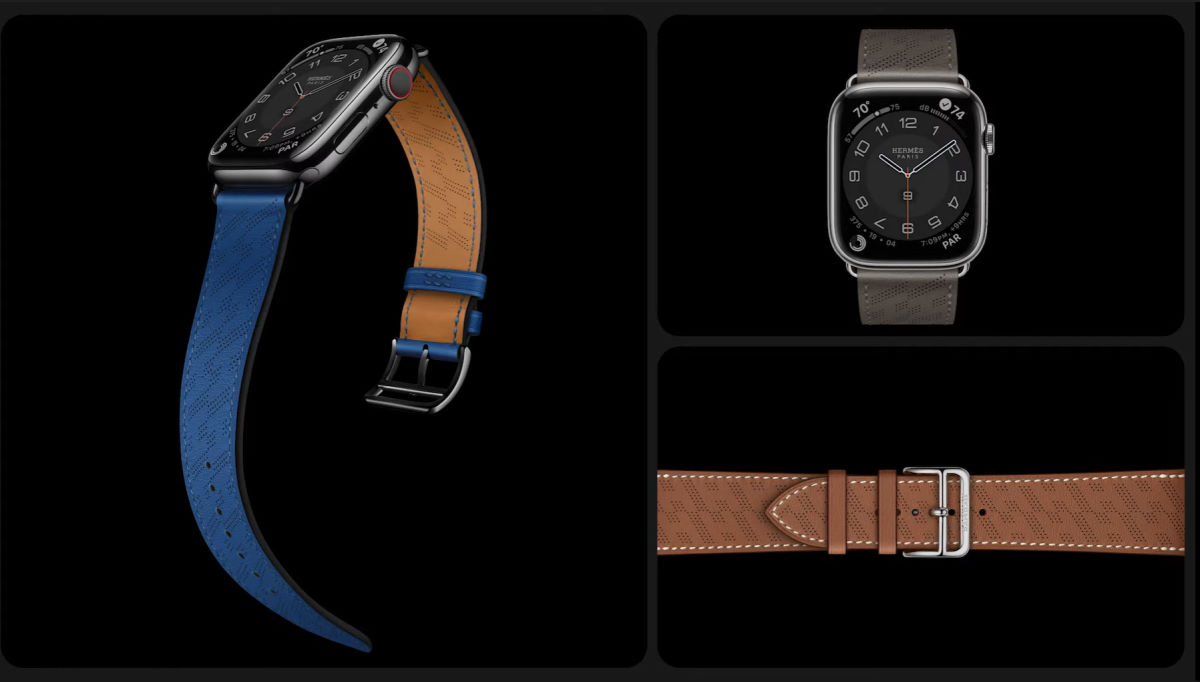 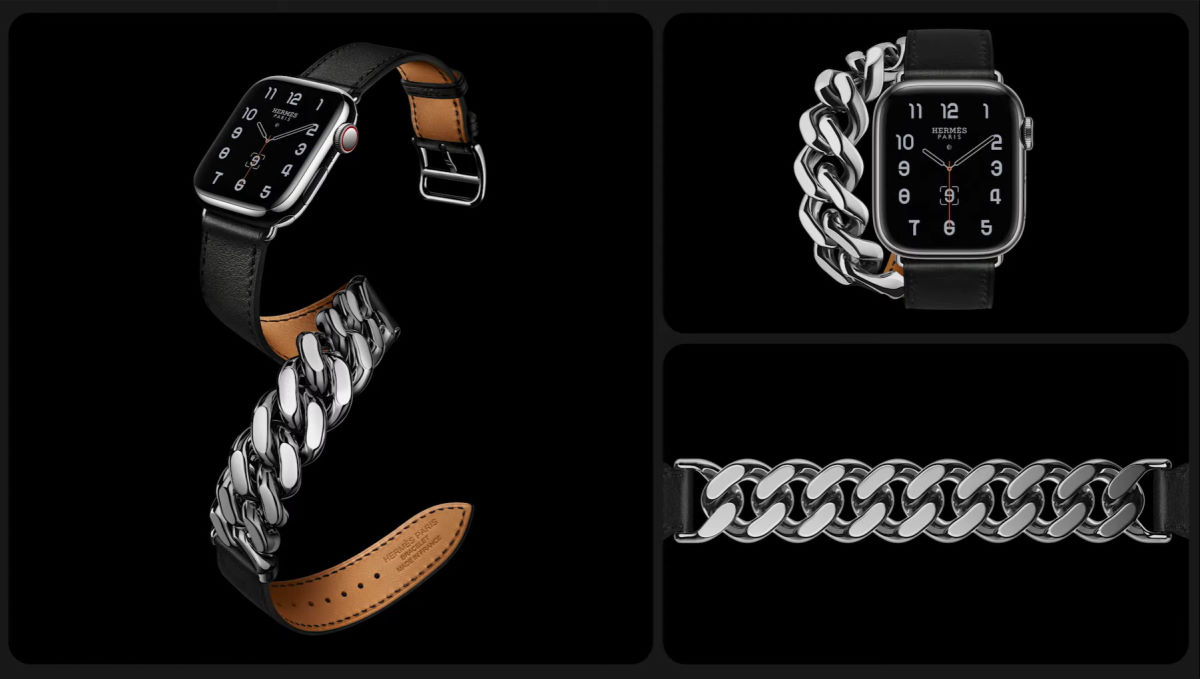 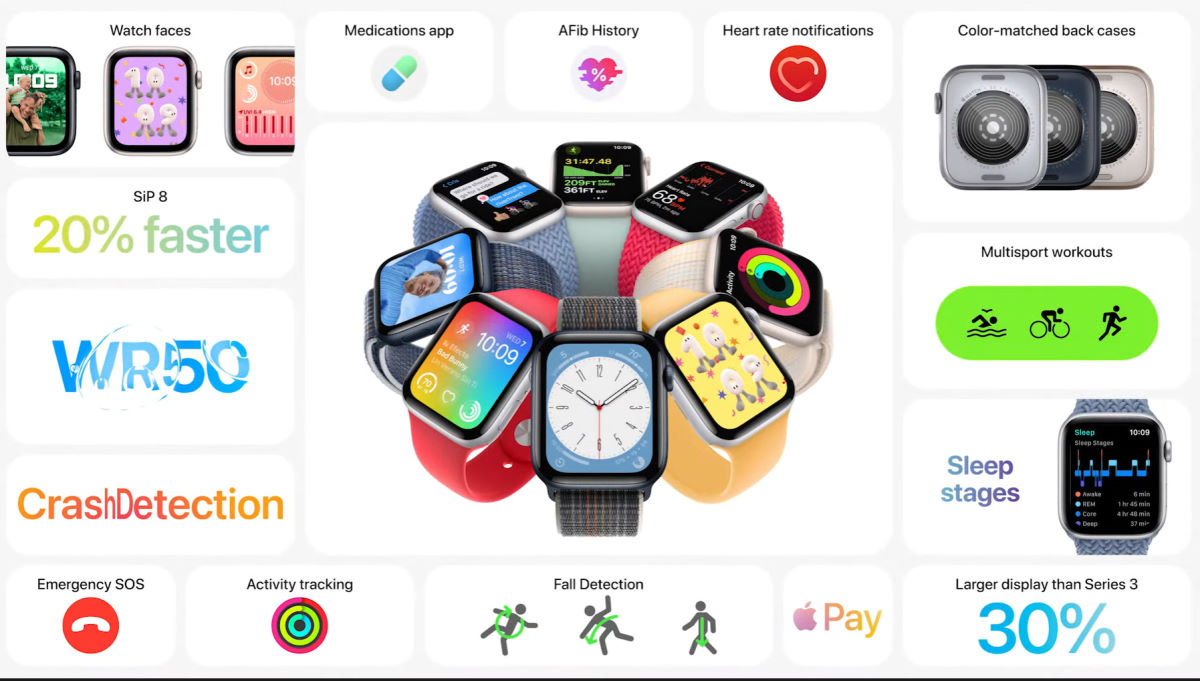 The Watch SE will come in Aluminium (Midnight, Starlight, Silver). Prices start at S$379 for the GPS-only model, and S$449 for the GPS+Cellular model. You can already pre-order them now on the Apple Store. Availability will start on 16th September 2022.

Join HWZ's Telegram channel here and catch all the latest tech news!
Our articles may contain affiliate links. If you buy through these links, we may earn a small commission.
Previous Story
Apple iPhone 14 and 14 Plus get the same features in different sizes
Next Story
Apple launches AirPods Pro 2 with better ANC, personalised Spatial Audio, and MagSafe charging