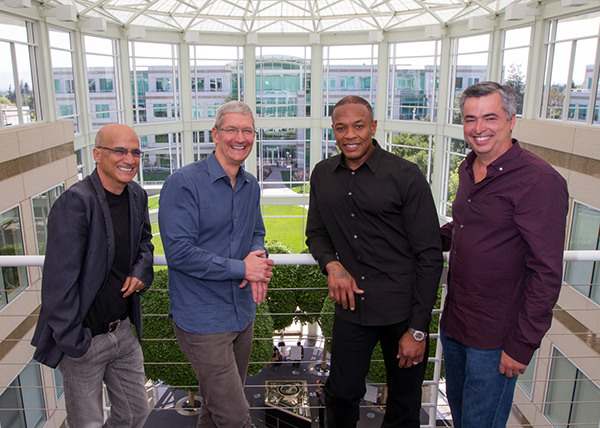 Apple's acquisition of Beats Electronics for US$3.2 billion last year was big news as the tech giants rarely made acquisitions as large as this. Although Beats is more famous for its headphones, industry insiders speculated that what Apple were really after was Beats' music streaming service and technology.

Now, ahead of the rumored relaunch of the Beats music streaming service at next month's Apple WWDC event, rumors are rife that Apple is currently pushing major music labels to stop licensing free music to competitors like Spotify and YouTube.

Allegedly, Apple is willing to pay Universal Music Group YouTube's music licensing fee if they were willing to stop licensing songs to YouTube.

Spotify and YouTube are Apple's biggest competitors in the music streaming business, and the former can count on having around 60 million subscribers. However, only about 15 million of these are paid subscribers.

Forcing music labels to stop licensing free music would effectively eliminate a large group of Spotify's user base and would force them to either a) sign on with Spotify or b) look for an alternative.

In fact, according to multiple sources familiar with the incident, even the U.S. Department of Justice is looking into this Apple's business practices at this point. A music industry source also said, "All the way up to Tim Cook, these guys are cutthroat."

Join HWZ's Telegram channel here and catch all the latest tech news!
Our articles may contain affiliate links. If you buy through these links, we may earn a small commission.
Previous Story
Square Enix's DirectX 12 tech demo will blow you away
Next Story
Sony’s new Sound Bars support multi-room listening and High Resolution Audio