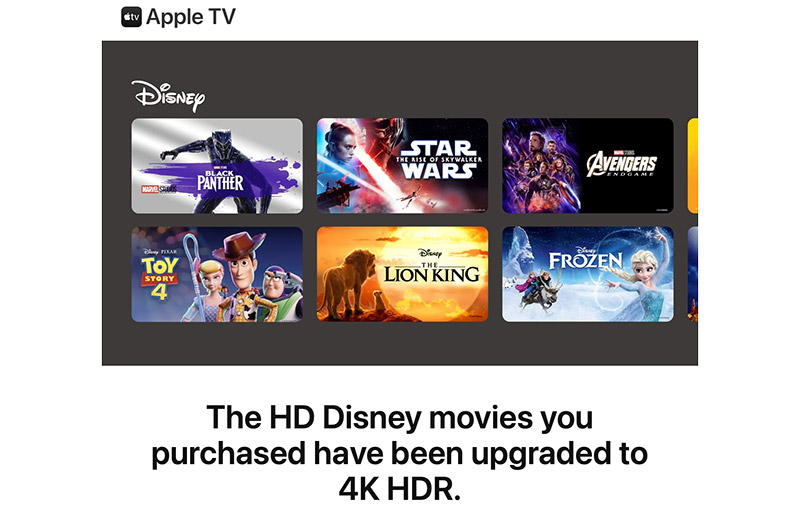 In an email sent to its customers, Apple has confirmed that Disney movies purchased in HD quality are being upgraded to 4K HDR copies.

Apple says customers will get this free upgrade whether they bought the movies on iTunes or through the Apple TV app and it will happen automatically. Also, this applies to Disney, Marvel and Pixar content — yes, Avengers and Star Wars movies, too.

For Movies Anywhere users, Laughing Place is reporting that many of the movies they’ve gotten through Vudu in HD are also upgraded to 4K in Apple TV.

It’s unclear whether this agreement between Apple and Disney applies to all locations that sell iTunes/Apple TV content. According to The Verge, this is already available in the U.S. and Canada, with other countries getting it by the end of the year.

Join HWZ's Telegram channel here and catch all the latest tech news!
Our articles may contain affiliate links. If you buy through these links, we may earn a small commission.
Previous Story
Apple could unveil its first Apple Silicon Mac in mid-November
Next Story
Belkin previews its first MagSafe accessories for the iPhone 12