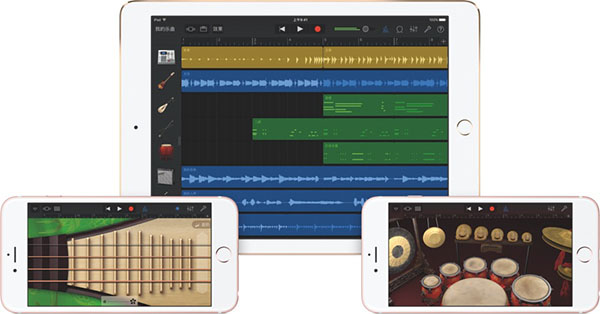 Apple has just given its GarageBand app an extensive update that "celebrates the rich history of Chinese music".

GarageBand now includes many Chinese instruments, including the distinctive-sounding erhu and pipa, and many other Chinese percussion. On top of that, Apple has also provided 300 Apple-created Chinese music loops which will allow users to quickly start composing their Chinese-inspired tunes.

There's also extensive Chinese language localization throughout the app, which will allow Chinese-speaking users to use the app to their full potential.

On the new update, popular Singaporean Mandopop singer JJ Lin said, "As a musician I'm always looking for ways to take my music in new directions and GarageBand has been such a great tool for me to experiment and add new elements to my songs on-the-go. I love how the latest update to GarageBand adds traditional Chinese instruments along with brand new loops so I can play around with mixing traditional and modern sounds to create completely new styles.”

The latest version of GarageBand, 2.1.1 for iOS and 10.1.2 for Mac, are free for all existing users. GarageBand is also available for free with all new iOS and Mac devices. Customers with older, non-qualifying devices can purchase the app for $4.99 via the App Store® and Mac App Store.