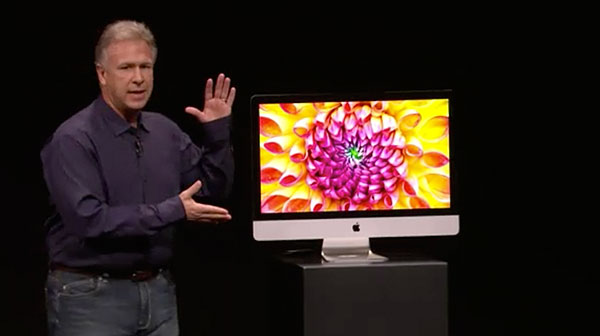 Alongside the new 13-inch MacBook Pro with Retina display and the new Mac Mini, Apple also unveiled its next-generation iMac. The headline feature of this new iMac is that it has an incredibly thin 5mm edge. This is achieved through several means. For one, Apple has adopted a full lamination design for the display. In other words, the IPS panel is now bonded to the cover glass. This removes the 2mm air gap between the two components, and as a result, the display is 45% thinner than its predecessor. Apple also claims a 75% reduction in reflection, and this is made possible by applying an anti-reflective coating on the screen using a plasma deposition process. Furthermore, each display is individually calibrated in the factory. Expectedly, Apple has also removed the built-in optical drive.

Join HWZ's Telegram channel here and catch all the latest tech news!
Our articles may contain affiliate links. If you buy through these links, we may earn a small commission.
Previous Story
Infraware Leads Smartphone Popularization with US$30 Android Smartphone
Next Story
Nokia Lumia 920 and 820 Available from 8th Dec at $899 and $699 (Update)