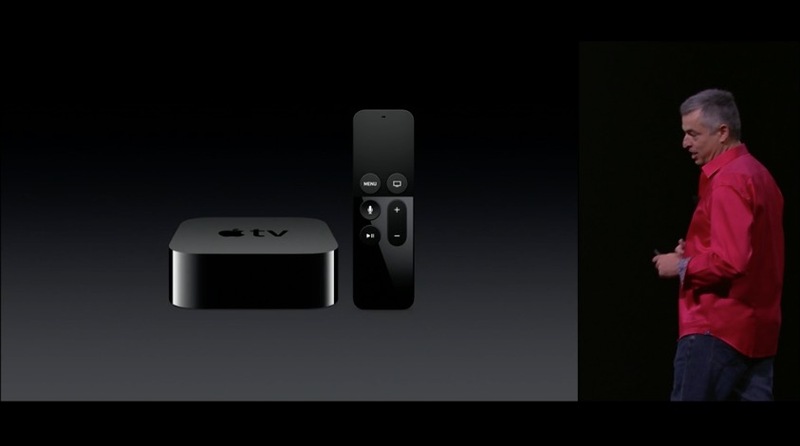 The long-awaited overhaul to the Apple TV is here. Unveiled at Apple's 9th September event, the new Apple TV boasts more powerful hardware, an updated touch and motion sensitive remote, a new custom built OS, and a built-in app store. "It's the golden age of television," said Tim Cook. "Our vision for TV is simple and perhaps a little provocative. We believe the future of television is apps." 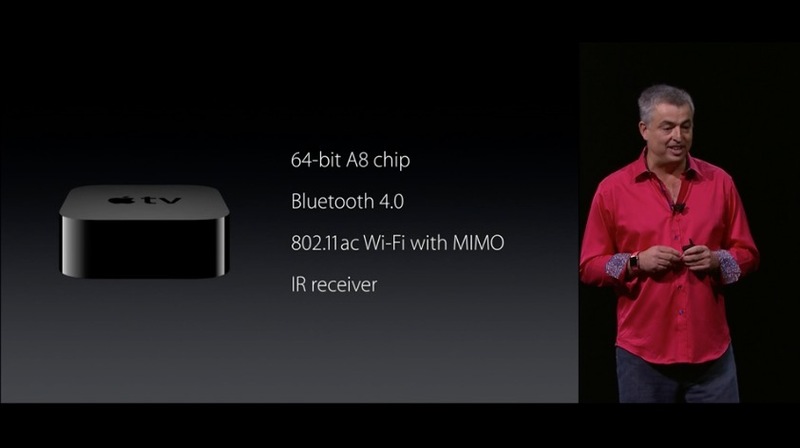 The Apple TV comes with a new remote control that includes both a glass touchpad and motion sensitivity. The remote lets you doing things like fast forward and rewind by pressing on the touch-sensitive trackpad and swiping. You can also use it like a Nintendo Wii Remote to play games. If you're like me and you always end up misplacing your remote, you can actually use your iPhone or iPod touch as a remote with the new Apple TV. 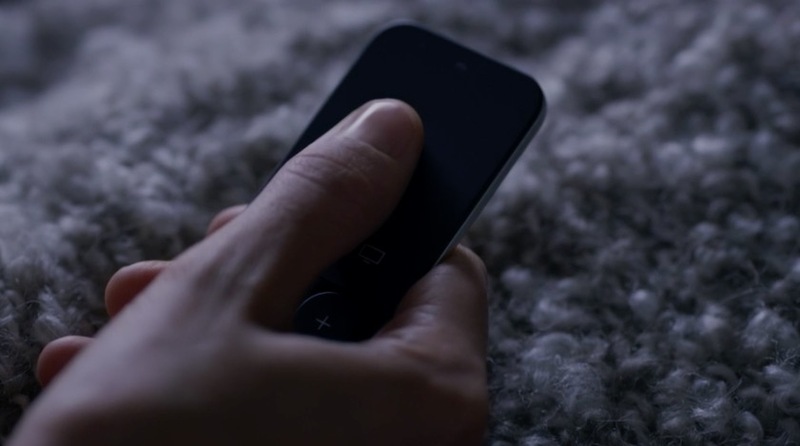 Siri on your TV

Hopefully you like Siri, because she'll be a big part of tvOS, the custom OS Apple has designed for the new Apple TV. Siri will let users voice search for content and, thanks to Apple's universal search, Siri can browse multiple video services (iTunes, Netflix, Hulu, HBO, Showtime) at the same time. You can search for titles, actors, genres, and you can even get weirdly specific, like when Apple searched for "that Modern Family episode with Edward Norton."  As you watch shows and movies, Siri can also provide current weather conditions or keep you updated on sports scores. 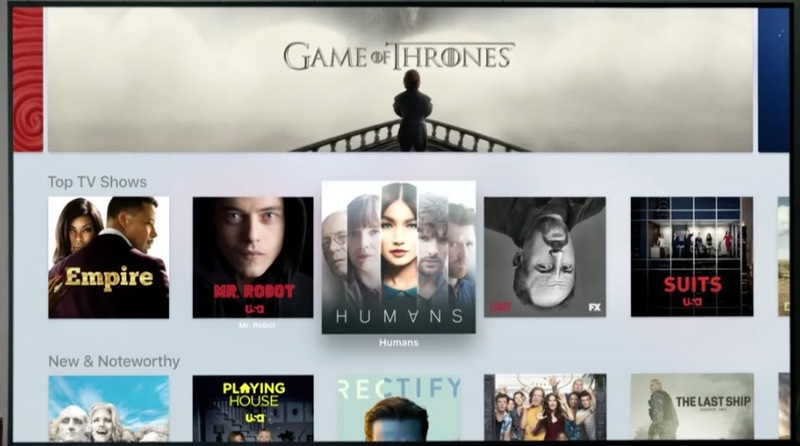 You can also use Siri to control playback within the show you're watching. For example, you can say "Siri skip ahead 7 minutes." You can even ask Siri "what did she say?", which causes her to rewind 15 seconds and momentarily turn on closed captioning. If you prefer to scrub through content the old fashioned way, you can also use the touch pad on the remote.

Debuting with the Apple TV is Apple's brand new dedicated Apple TV App Store. The App Store will be a lot like the app store on iOS, and includes top charts and apps of the week. There'll be cross platform integration too, so app developers can make their apps universal if they want, meaning you can buy an app for iPhone, iPad, and Apple TV all at once. One of the benefits of this is a feature Apple is working on that will let you play a game on your phone on the way home, and resume it on your big screen when you get there.

Gaming seems to be one of the big focuses for the Apple TV App Store, and developers like Disney Interactive and Activision have partnered with Apple to bring console-quality games like "Disney Infinity 3.0" and "Guitar Hero" to the new Apple TV, which will all be playable with the new remote.

The new Apple TV will also feature some exclusive games developed specifically for the new platform, including Rock Band creator Harmonix's new game "Beat Sports", which sort of looks like a cross between Wii Sports and Guitar Hero. 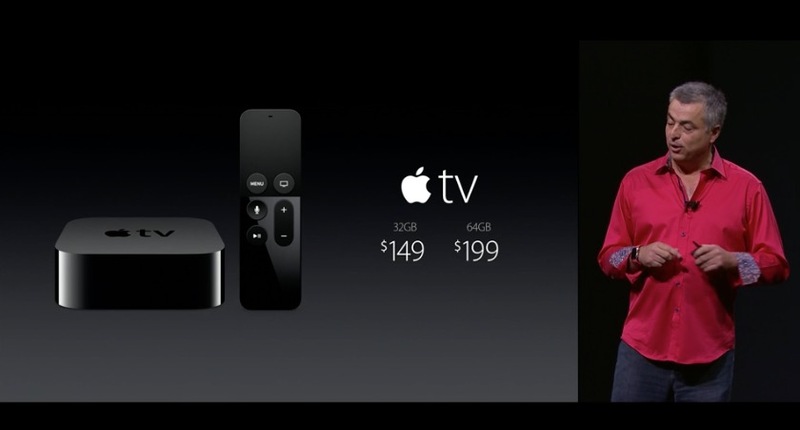