Apple unveiled the iPod 16 years ago today, and it changed everything

Apple unveiled the iPod 16 years ago today, and it changed everything 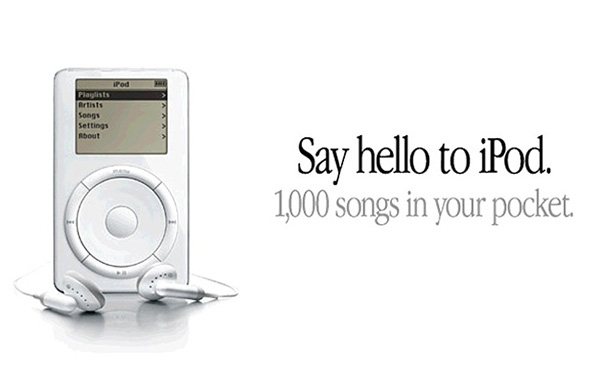 16 years ago on this very day, Apple announced the iPod.

It wasn't the first portable digital music player, but it was widely regarded to be the best. It had a simple but chic design, and it was easy to use. But more importantly, it was compact enough to fit in your pocket but large enough to hold 1,000 songs.

Check out the unveiling of the iPod by Steve Jobs here:

One could argue that it was the most important product Apple ever made. After all, it was the iPod that catapulted Apple to profitability, allowing them to take on bigger and riskier projects, eventually culminating in the iPhone in 2007.

The iPod also had a dramatic effect on the music industry. It popularized digital music, killed sales of CDs, and brought an end to the Album Era of popular music.

Today, Apple no longer focuses on the iPod. In fact, it killed off the iPod Nano and iPod Shuffle earlier this year, leaving the iPod Touch as the only iPod product that it still sells.

Nevertheless, we should take the time to remember that 16 years ago, on this day, the iPod was announced and it marked the beginning of a dramatic change, not just for Apple, but for the entire tech and music industry, and our lives.