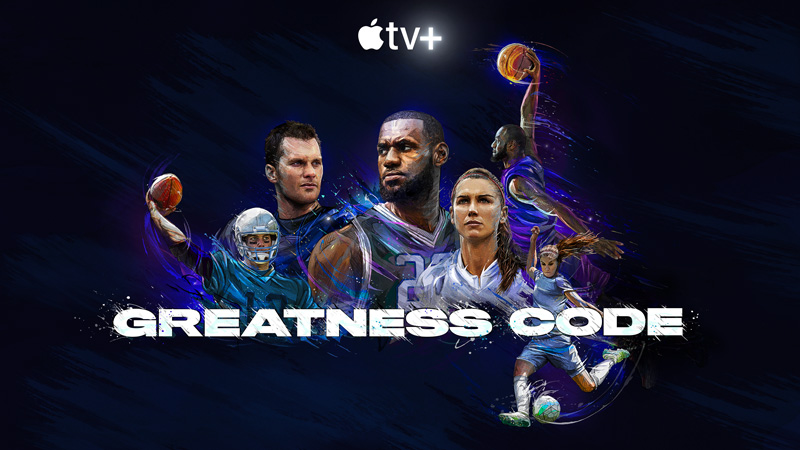 Apple has just released a trailer for its new sports docuseries Greatness Code. The short form unscripted series will highlight untold stories from some of the greatest athletes in the world, unfolding over seven mini-episodes. The series will premiere on July 10, on Apple TV+.

The athletes featured in the show’s first season include:

Hearing your favourite athletes share previously-untold stories seems like a pretty tempting watch! Apple TV+ has also been pumping out documentaries like these fairly often. The streaming service just launched in November, but has already released Beastie Boys Story, Dads, Visible: Out of Television, Home and much more.