Note: This article was first published on 8 February 2022. 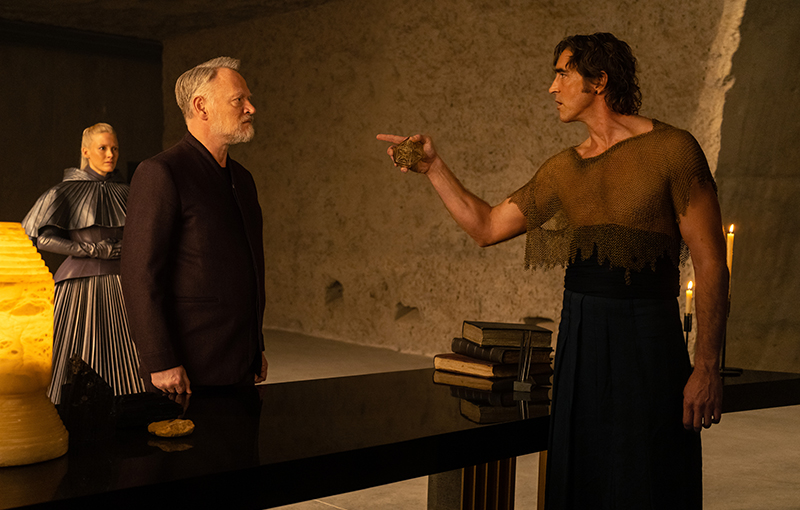 Apple TV+ has teased a first look at the second season of its expansive sci-fi series Foundation, revealing a new cast that will join Emmy Award nominees Jared Harris and Lee Pace. Based on Isaac Asimov's Nebula Award-winning series, Foundation follows the fall of the Galactic Empire across time and space and the intertwining fates of four individuals.

The new cast joining the show for Season 2 include:

Other members of the returning cast include Laura Birn, who plays the ageless android Demerzel, Terrance Mann as Brother Dusk, and Cassian Bilton as Brother Dawn.

The ending of Season 1 of Foundation saw the series diverge considerably from the source material. For starters, Salvor Hardin's path doesn't end on Terminus and has converged with that of Gaal Dornick, her mother. And it was revealed that none of the current Cleon clones are perfect copies of the original Cleon I.

The teaser image above shows that there will presumably be some sort of confrontation between Hari Seldon's digital consciousness and Brother Day, played by the inimitable Lee Pace. The machinations of the Genetic Dynasty were one of the most riveting moments of the first season, and the Cleon clones will likely continue to grapple with the revelation of their flawed lineage.

Elsewhere, fans of the books will be waiting to see if the mysterious Second Foundation makes an appearance.

Finally, in one of the most striking divergences from Asimov's novels, only Poly Verisof, The Warlord of Kalgan, Bel Riose, and Hober Mallow are characters who appear in the books. The others are brand new creations for the TV series, so it's impossible to rely on the books to predict what we'll see in Season 2.

Join HWZ's Telegram channel here and catch all the latest tech news!
Our articles may contain affiliate links. If you buy through these links, we may earn a small commission.
Previous Story
Dyson opens up Southeast Asia's largest Dyson Demo retail store in VivoCity
Next Story
Here's the first exciting trailer for Jurassic World: Dominion