As the market for true wireless earbuds grow, Apple's share is down to one-third

As the market for true wireless earbuds grow, Apple's share is down to one-third A report says that Apple's is losing its grip on the fast-growing market of true wireless earbuds.

Samsung, for example, is expected to ship double the number of true wireless earbuds – from 8 million to 17 million. 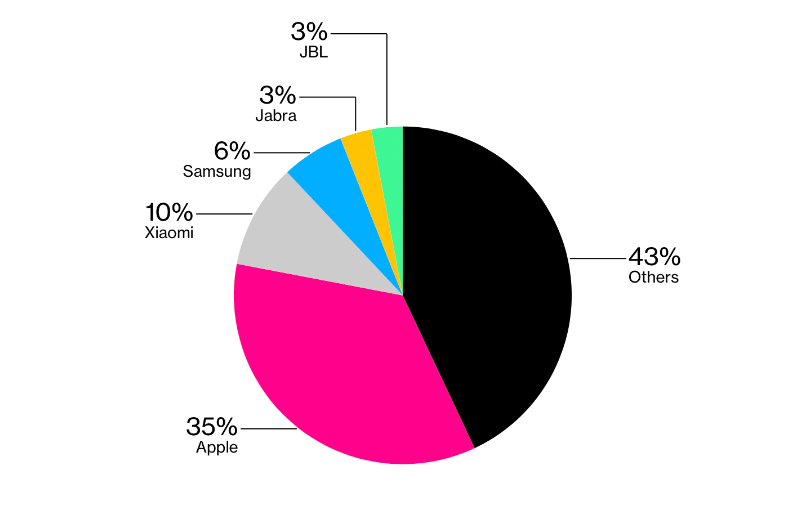 Traditional audio brands have also jumped aboard, including Sennheiser, Sony, Shure, and Klipsch.

But most of all, it's because of the deluge of cheaper alternatives that have flooded the market from the likes of brands like Xiaomi, Vissles, Soundpeats, and many more – just search for true wireless earbuds on Lazada.

Even so, AirPods have proven to be remarkably affordable for Apple. Last quarter, its wearables division, which includes AirPods and Apple Watch, raked in over US$6 billion.

According to rumours, Apple will unveil its third-generation AirPods in the first half of next year.