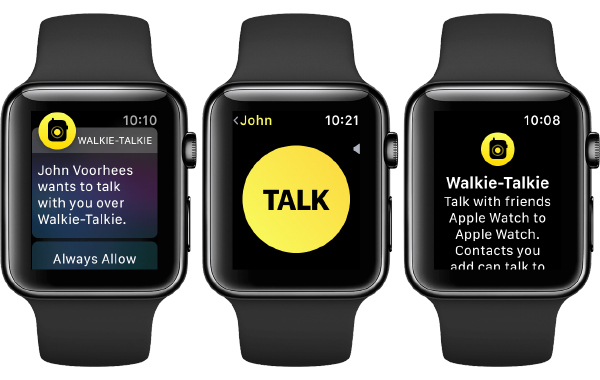 Apple reportedly had plans to bring the Walkie-Talkie feature to the iPhone.

Two sources familiar with the project told The Information that Apple has shelved plans for bring the Walkie-Talkie feature to the iPhone. Known internally as "Project OGRS", the feature allows iPhone users to send messages over long-distance radio waves in places with no cellular coverage.

Apple was said to be working with Intel on the technology and the Qualcomm settlement was cited as one of the factors for the project to be put on hold. The departure of the project's leader, Rubén Caballero, was also a factor.

With Apple acquiring Intel's smartphone modem business, The Information claims that it is possible that the feature could "show up in future iPhones".