Note: This article was first published on 9 March 2022 and it's republished today because the Mac Studio and Studio Display are now available to pre-order. 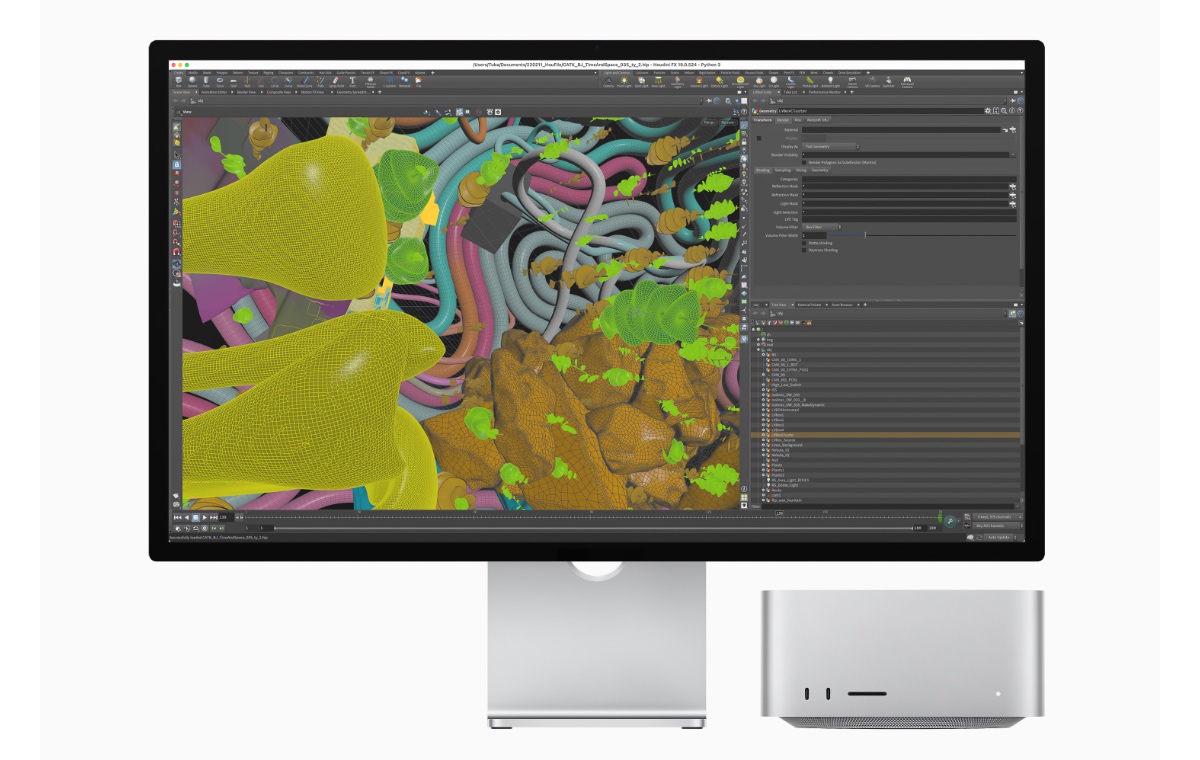 Apple has just announced what must surely be every professional’s dream setup. Mac Studio is a larger Mac Mini that features Apple’s newest M1 Ultra chip. And then there’s the Studio Display, a high-end 27-inch 5K monitor with Centre Stage and great built-in sound. There’s quite a bit to get through so let’s start with M1 Ultra.

This is Apple’s newest flagship chip. It’s actually two M1 Max chips combined into one using a high-speed innovative interconnect that Apple calls UltraFusion. This interconnect is said to be extremely low in latency and provides up to 2.5TB/s of bandwidth. More importantly, it enables M1 Ultra to behave and be recognised as a single chip so developers don’t have to optimise their software to take advantage of its performance. The end result is a chip with 114 billion transistors, 20 CPU cores, 64 GPU cores, and up to 128GB of unified memory.

Performance has been boosted across the board. Memory bandwidth has been increased to 800GB/s while the 32-core Neural Engine can now deliver up to 22 trillion operations per second. And with its multiple ProRes accelerators, a system with M1 Ultra can play up to 18 streams of 8K ProRes 422 video simultaneously. In other words, M1 Ultra is crazily powerful.

Featuring an all-aluminium enclosure, and despite its prodigious performance, the Mac Studio looks just like a larger Mac Mini. It’s just under 20cm wide and under 10cm in height. It’s certainly a whole lot smaller than most PC desktop that competes in its class.

Connectivity is good. Behind each Mac Studio are four USB-C Thunderbolt 4 ports, a single 10Gb Ethernet port, two USB-A ports, an HDMI port, and a 3.5mm headphone jack. On Mac Studios powered by M1 Max, there are two USB-C ports on the front and an SDXC card slot (UHS-II). Systems with M1 Ultra have the same front-facing ports except those two USB-C ports will support Thunderbolt 4. The Mac Studio also supports Wi-Fi 6 and Bluetooth 5.0.

What does this mean for multi-monitor setups? According to Apple, a Mac Studio can support up to four Pro Display XDRs over USB-C and one 4K display over HDMI. 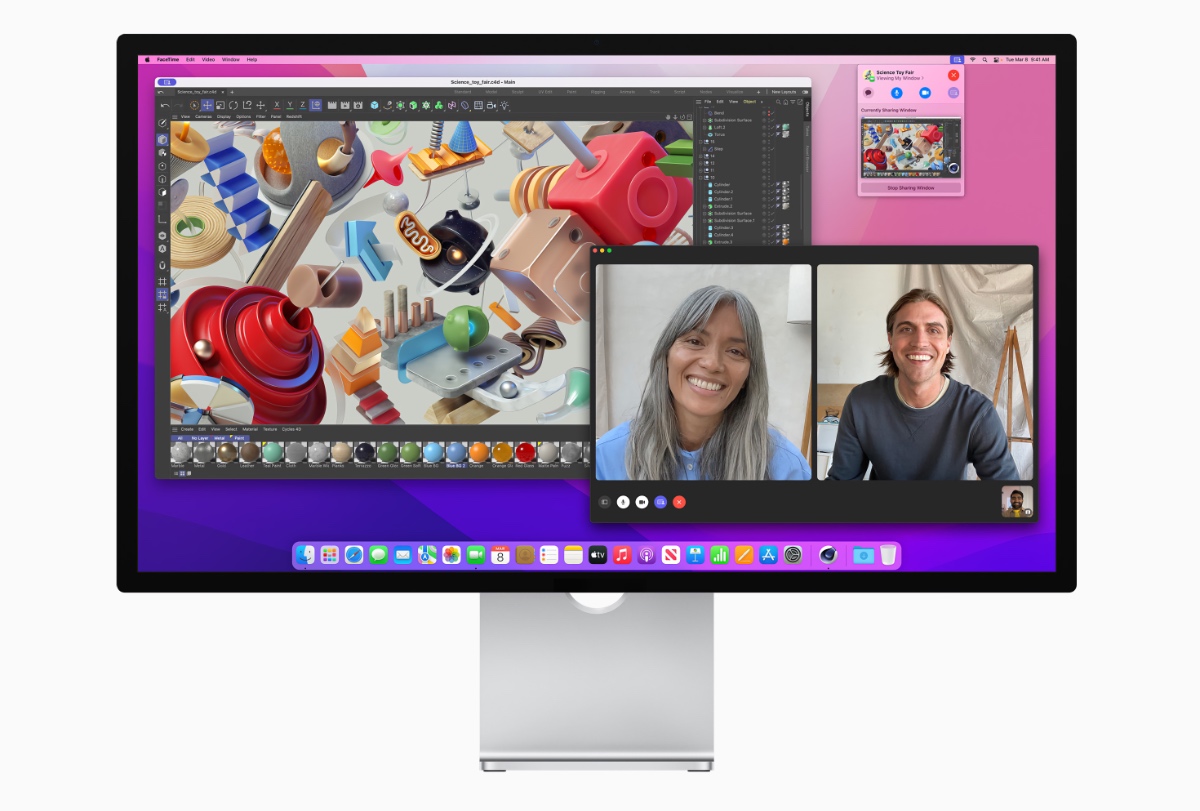 Speaking of displays, this brings us to the new Studio Display which has a 27-inch 5K Retina screen. It has 600 nits of brightness and supports the DCI-P3 colour space and is capable of showing over a billion colours (which means it has a 10-bit display). To maximise its performance, it has True Tone technology and a special anti-reflective coating that reduces glare. For users who work in challenging environments, the Studio Display can be ordered with a nano-texture glass option that further scatters light and reduces glare.

Inside each Studio Display is an A13 Bionic chip that manages the camera and audio system. The Studio Display has a 12-megapixel front-facing wide camera that supports Apple’s Centre Stage feature for video calls. The chip also controls the 6-speaker system that consists of four force-cancelling woofers and two tweeters. This setup resembles last year’s 24-inch iMac.

The Studio Display relies on a USB-C Thunderbolt port for input. And if connected to a MacBook, it can deliver up to 96W of charging power. It also has three USB-C ports that users can use to connect to peripherals.

The Mac Studio and Studio Display will be available to order starting 14 March on the Apple Online Store and the Apple Store app.

No word yet on local availability.

Join HWZ's Telegram channel here and catch all the latest tech news!
Our articles may contain affiliate links. If you buy through these links, we may earn a small commission.
Previous Story
Princess Peach joins the two Mario brothers with her own LEGO Starter Course in August
Next Story
M1’s iPhone SE price plans come out