Apple’s new 4-inch iPhone SE looks like the 5S, is more powerful than the iPhone 6 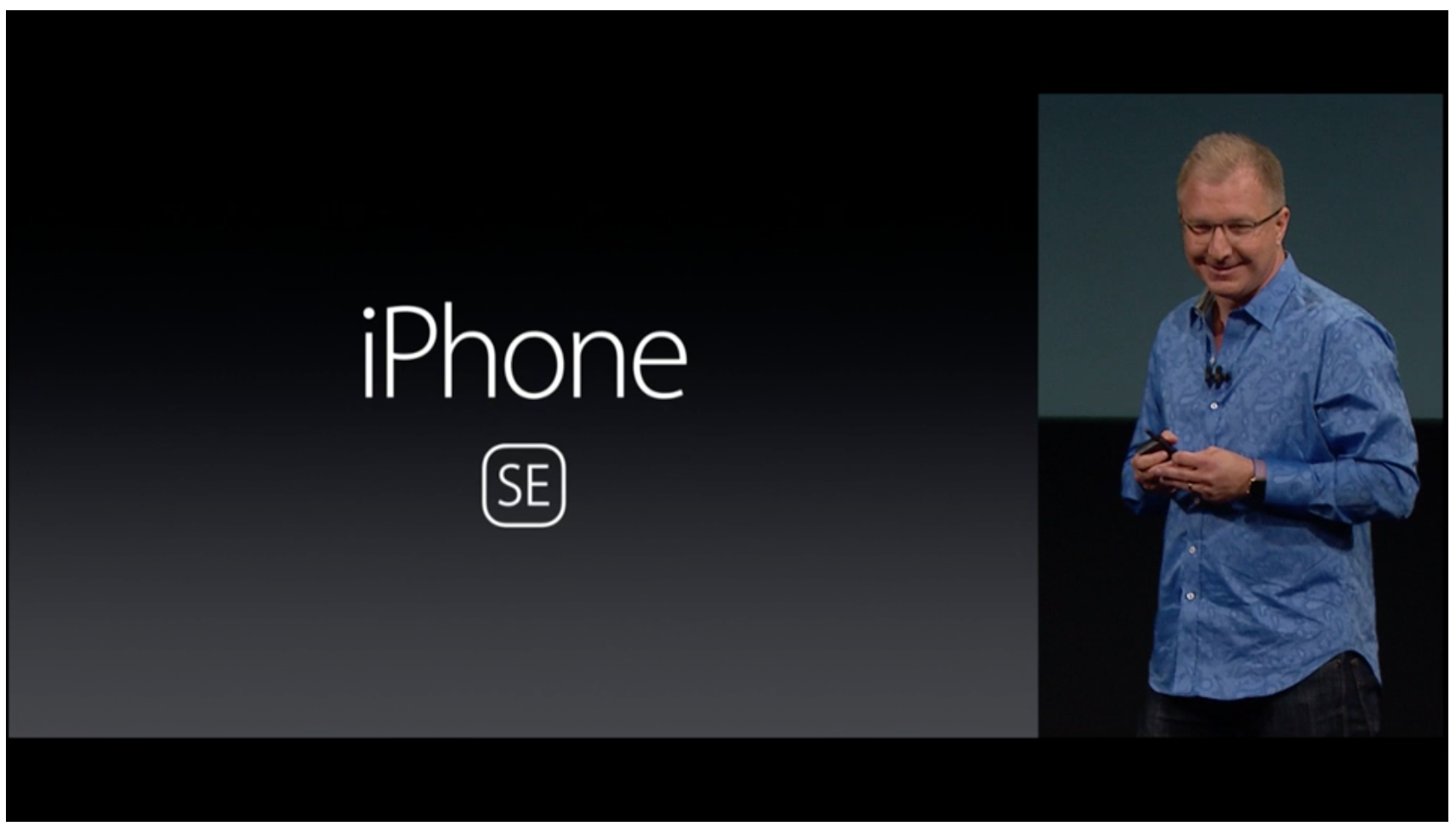 In addition to the 9.7-inch iPad Pro, Apple has also unveiled the 4-inch iPhone SE at its campus today. It was almost three years since the iPhone 5S debuted, and that was the last of 4-inch smartphones by Apple - until now. The launch today brought us the most up-to-date 4-inch Apple smartphone, targeted at users who want some of the newest parts, but in the same compact form factor. Without further ado, let's detail the down-low on the iPhone SE. 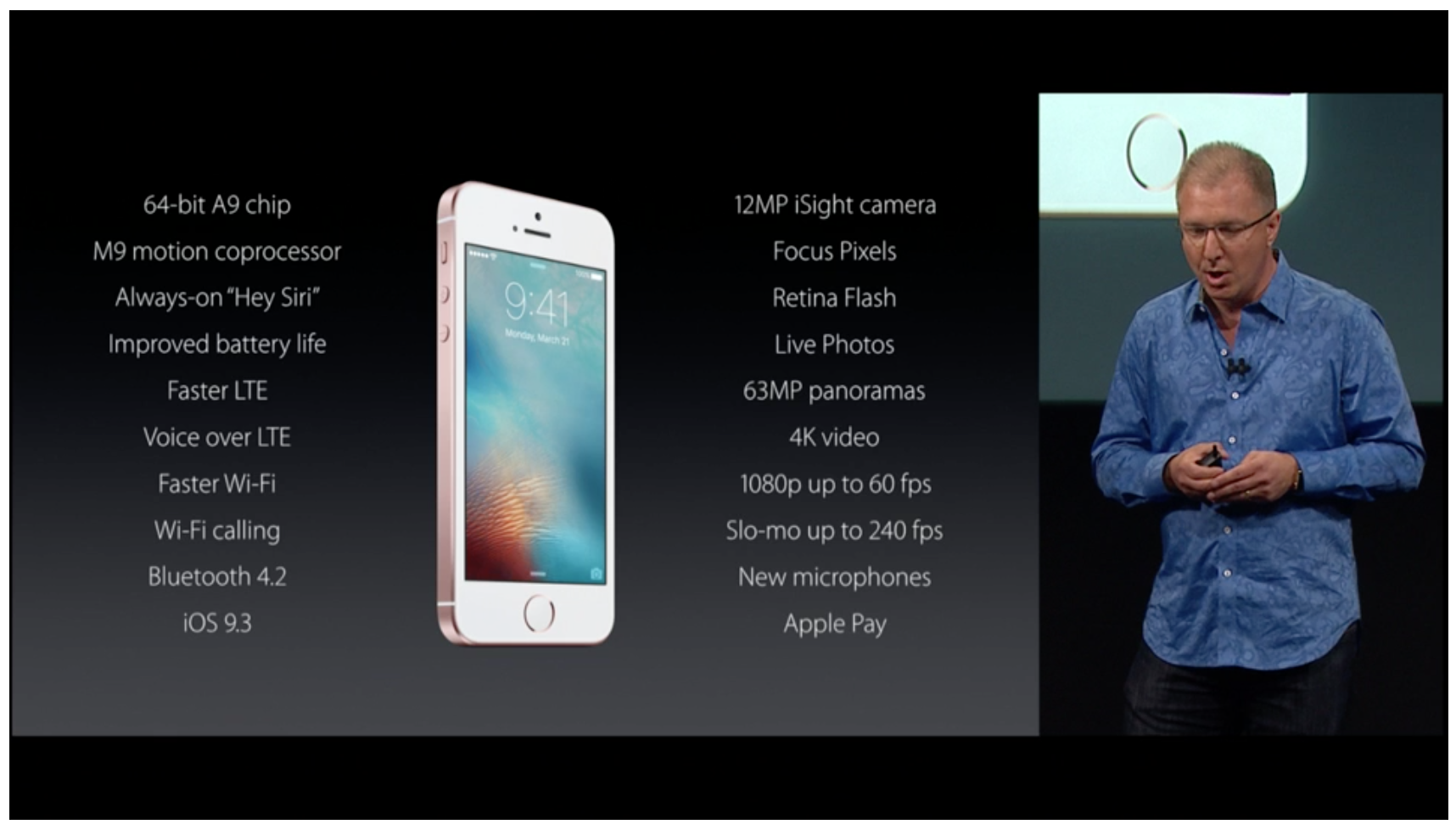 The new 4-inch model (1,136 x 640-pixel resolution) looks nearly identical to the iPhone 5S. It will retain the same chamfered, matted aluminum edges, and it has the familiar Home button with Touch ID. This Touch ID is the same used on the iPhone 6, which means it won't unlock as fast as the 2nd-gen Touch ID found on the 6S. The iPhone SE has its power button at the top, with the ring/silent switch on the left of the device, together with the volume buttons. This 4-inch iPhone will also come with the same color options as the iPhone 6s - and that means silver, gold, space gray, and yes, rose gold. 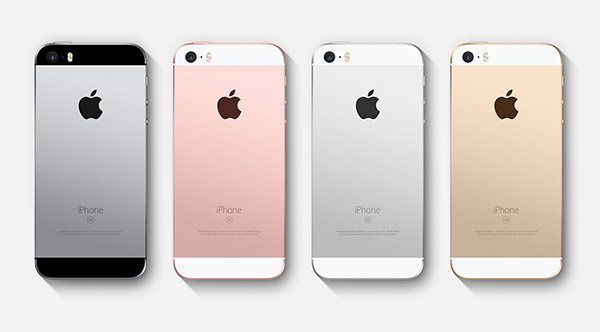 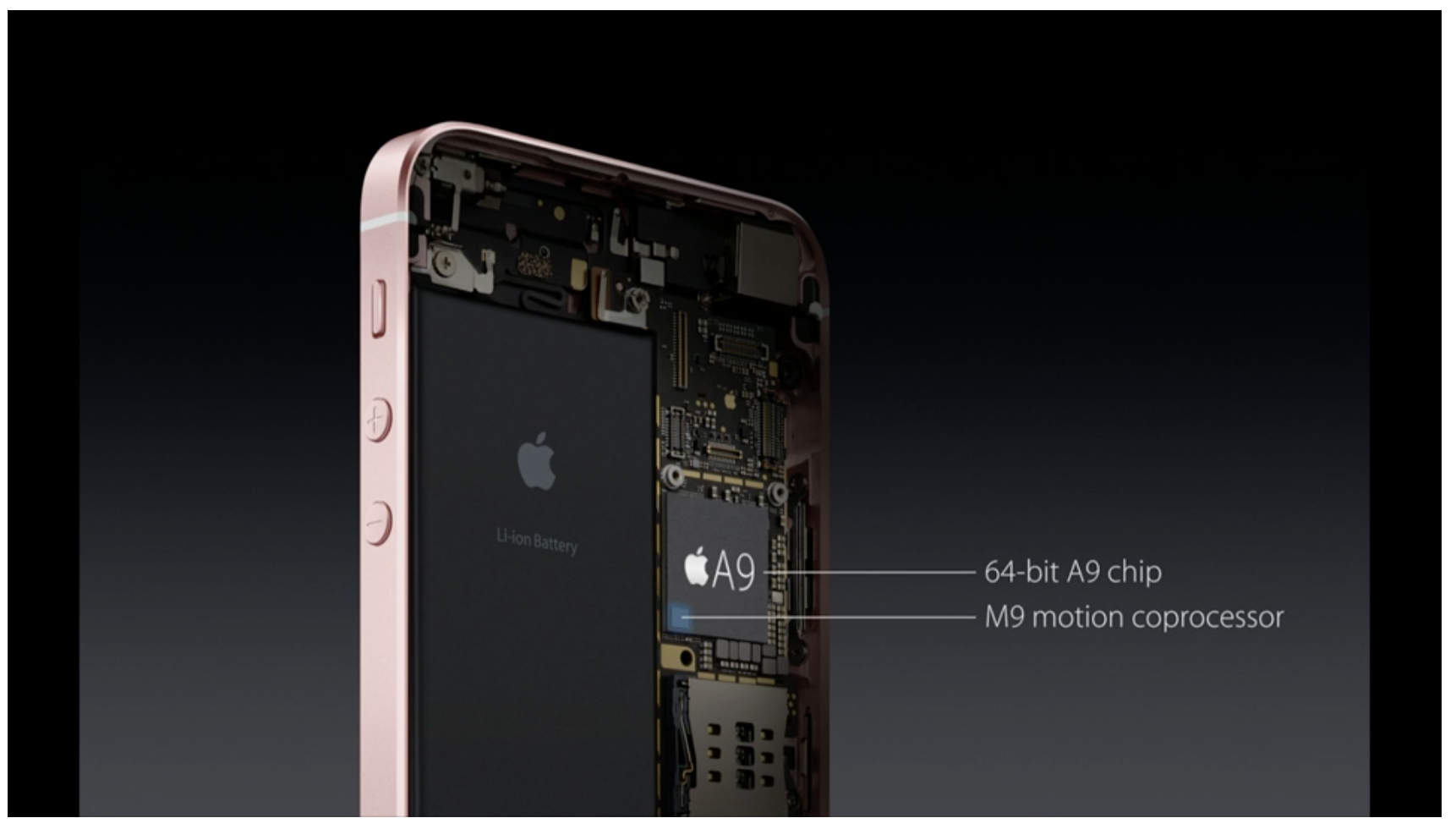 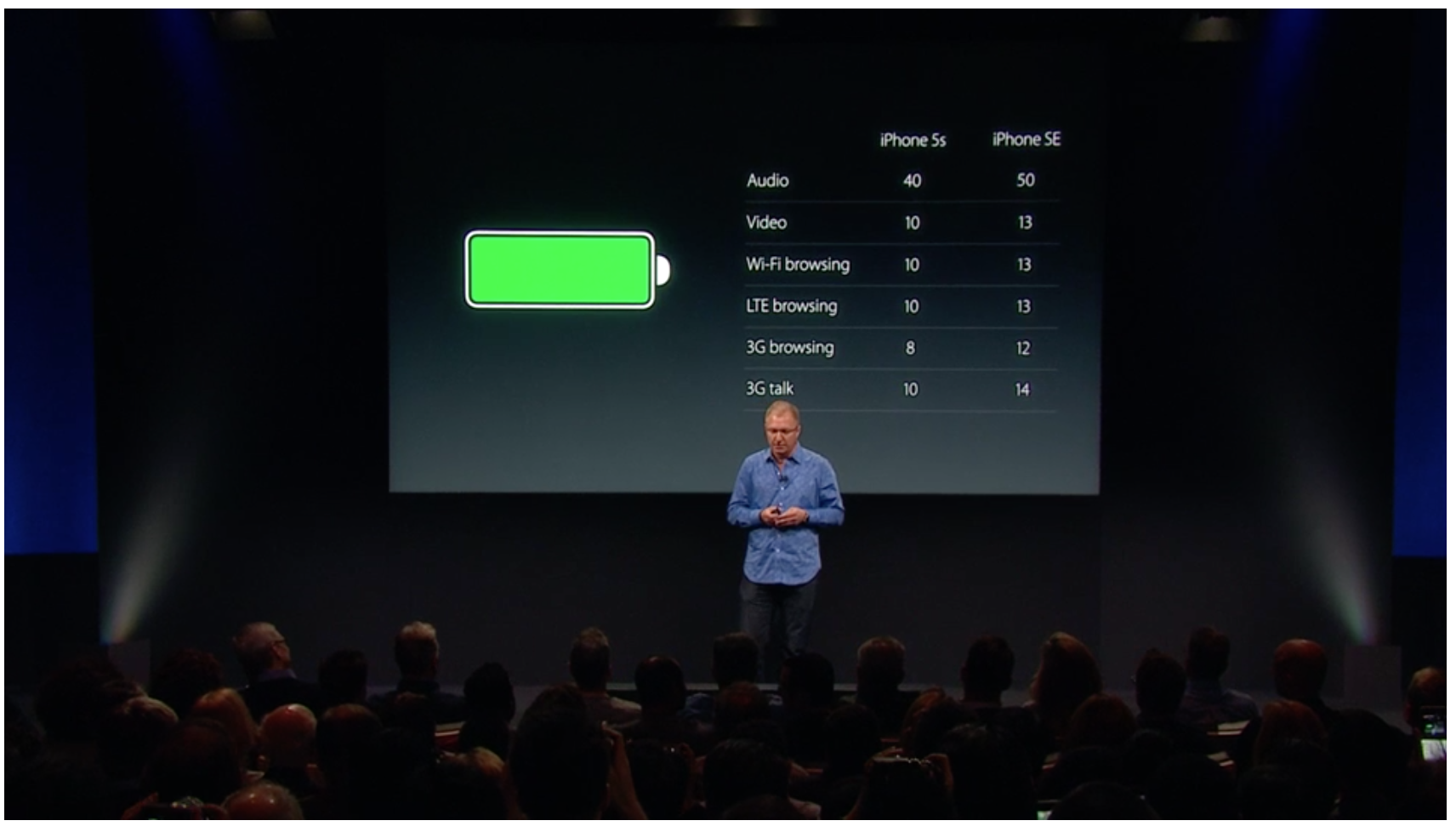 Inside the iPhone SE is a different animal, as it touts up-to-date hardware. On board are the 64-bit A9 processing chip with M9 motion co-processor, the same as what we've on the current-gen iPhone 6s and 6s Plus released back in September 2015. As mentioned before, the 64-bit chip is 70% faster in CPU performance and 90% faster in GPU performance than the old A8 chip. This is a significant speed improvement next to older phones with older parts - Apple said that the graphic performance of the iPhone SE is three times better than the iPhone 5S. It also boasts features that are only introduced with the A9 and M9 chips, such as always-on support for Siri. Apple did not announce the RAM size of the iPhone SE, but going by the specifications on the iPhone 6s and 6s Plus, we have reasons to believe that the iPhone SE has at least 1GB RAM. 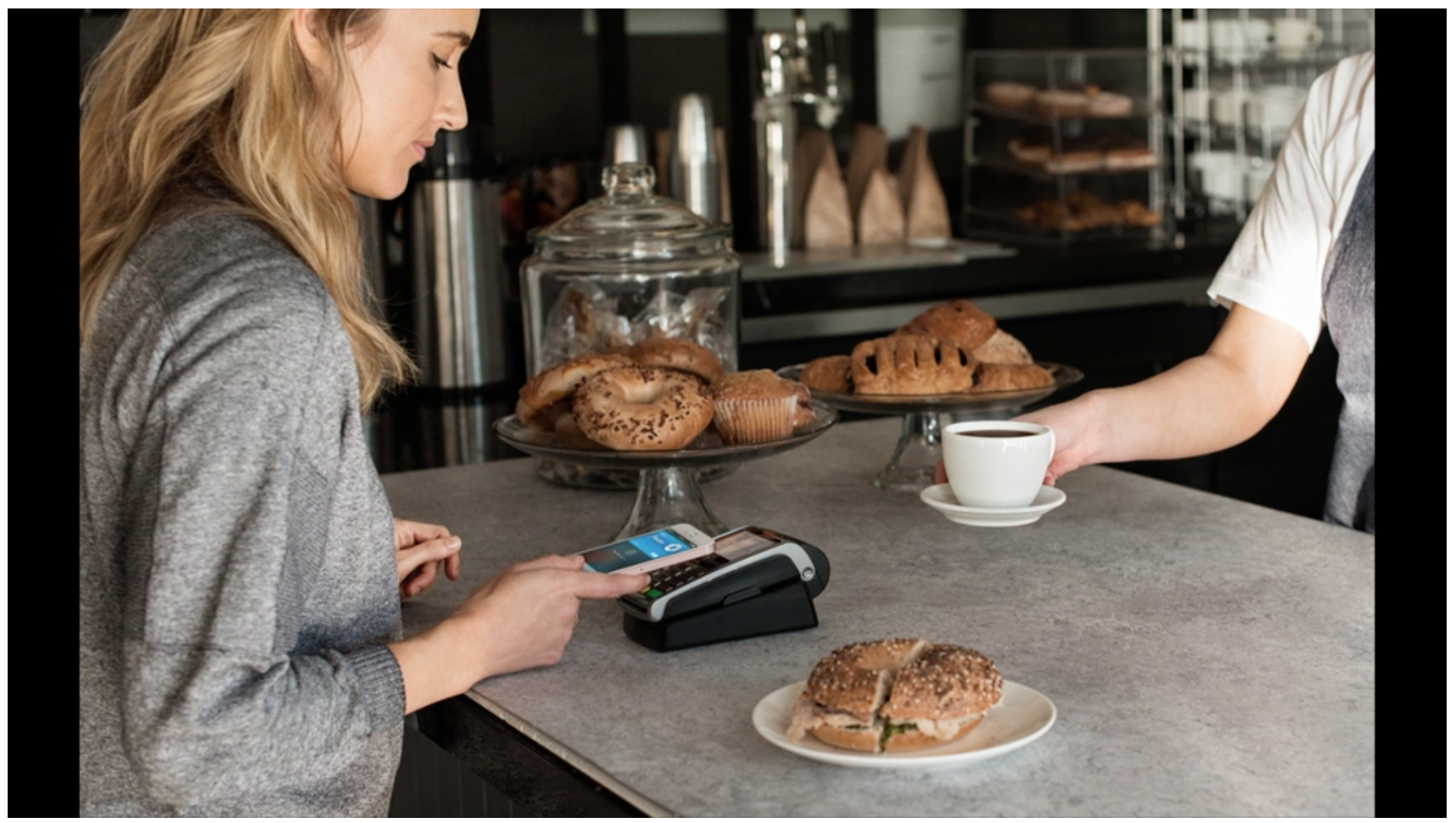 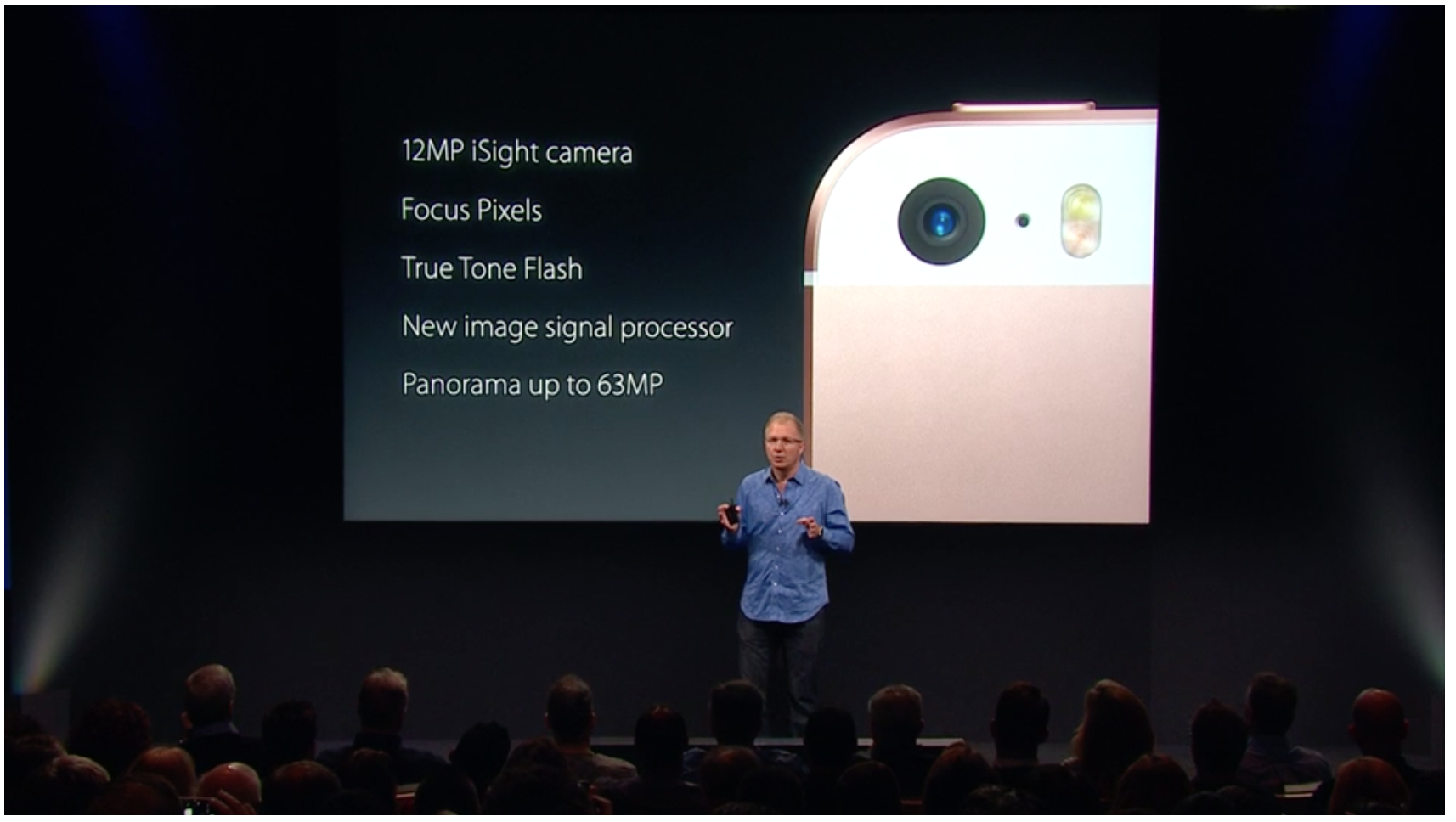 The iPhone SE’s camera performance will match the iPhone 6s and 6s Plus. It uses a 12-megapixel camera (no OIS, however) and supports 4K video recording at 30fps. The iPhone SE can also take Live Photos. However, the lack of 3D Touch means that iPhone SE users won’t have the chance to use that feature to view a Live Photo playback. The front camera also supports Retina Flash, where it will make the screen three times brighter for better selfies. 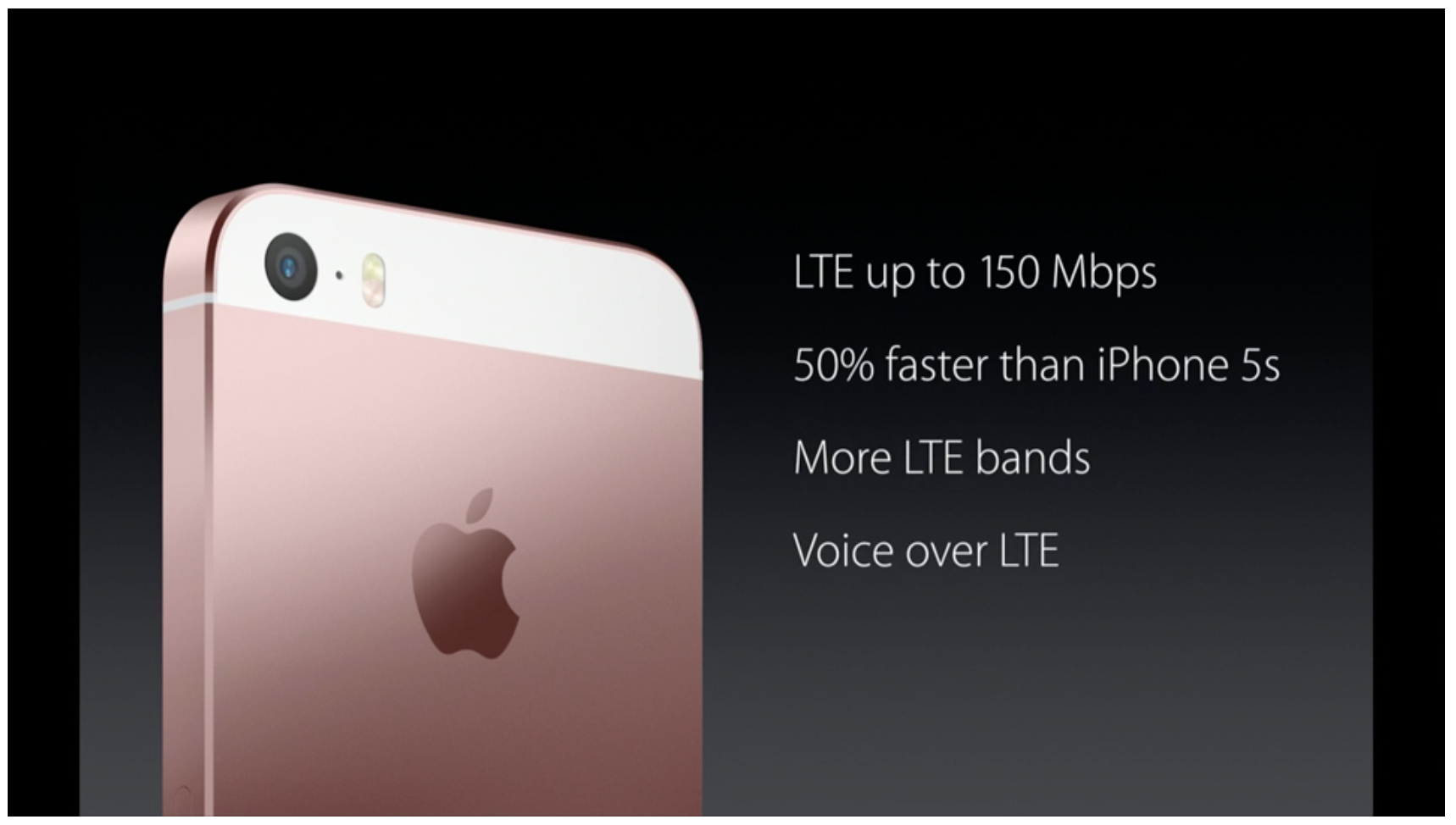 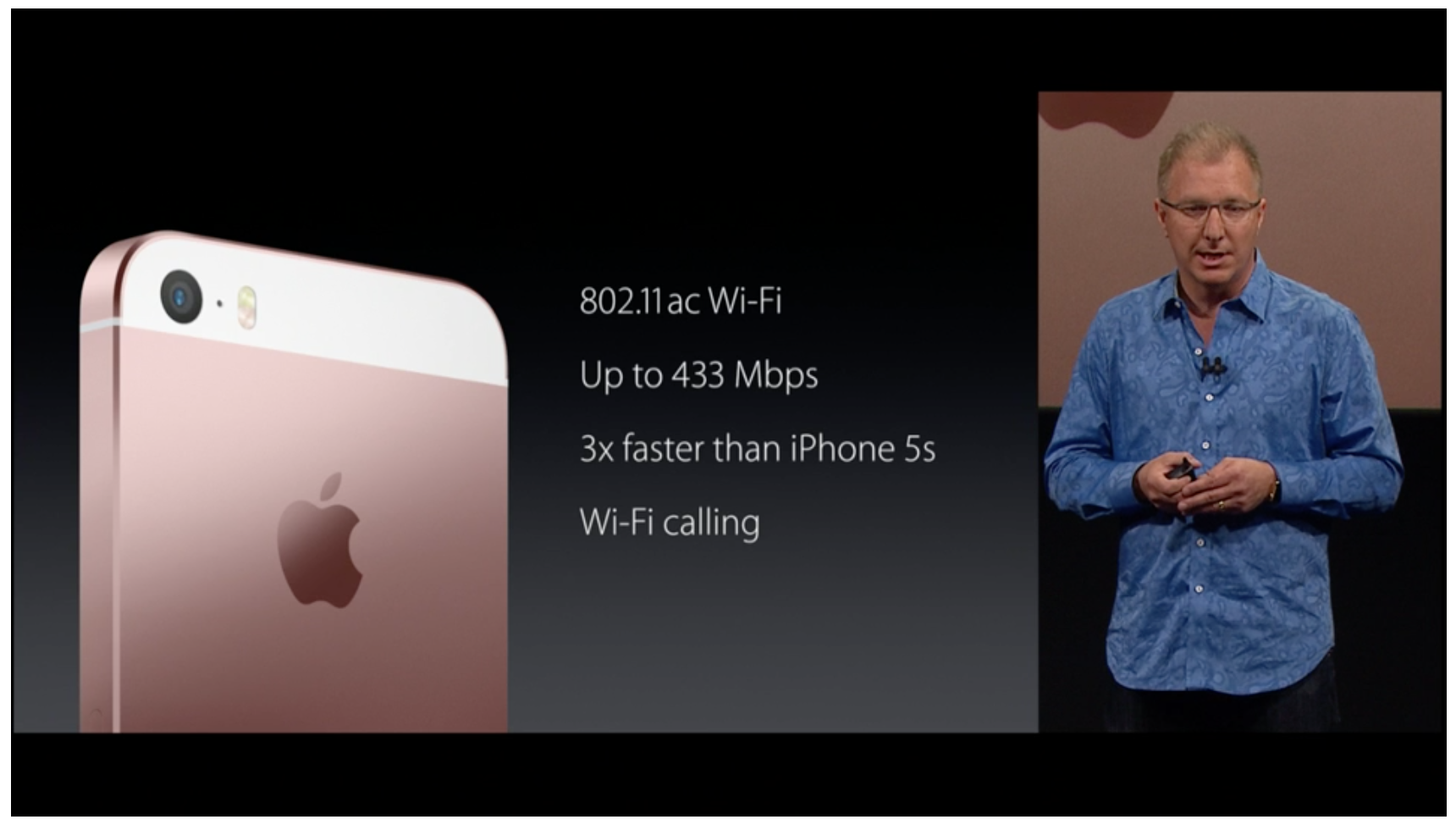 The iPhone SE also supports up-to-date network support. It's compatible with more LTE bands and LTE networks that go up to 150Mbps (making it 50% faster than iPhone 5S), Voice over LTE, and 802.11ac Wi-Fi with support for Wi-Fi calls. 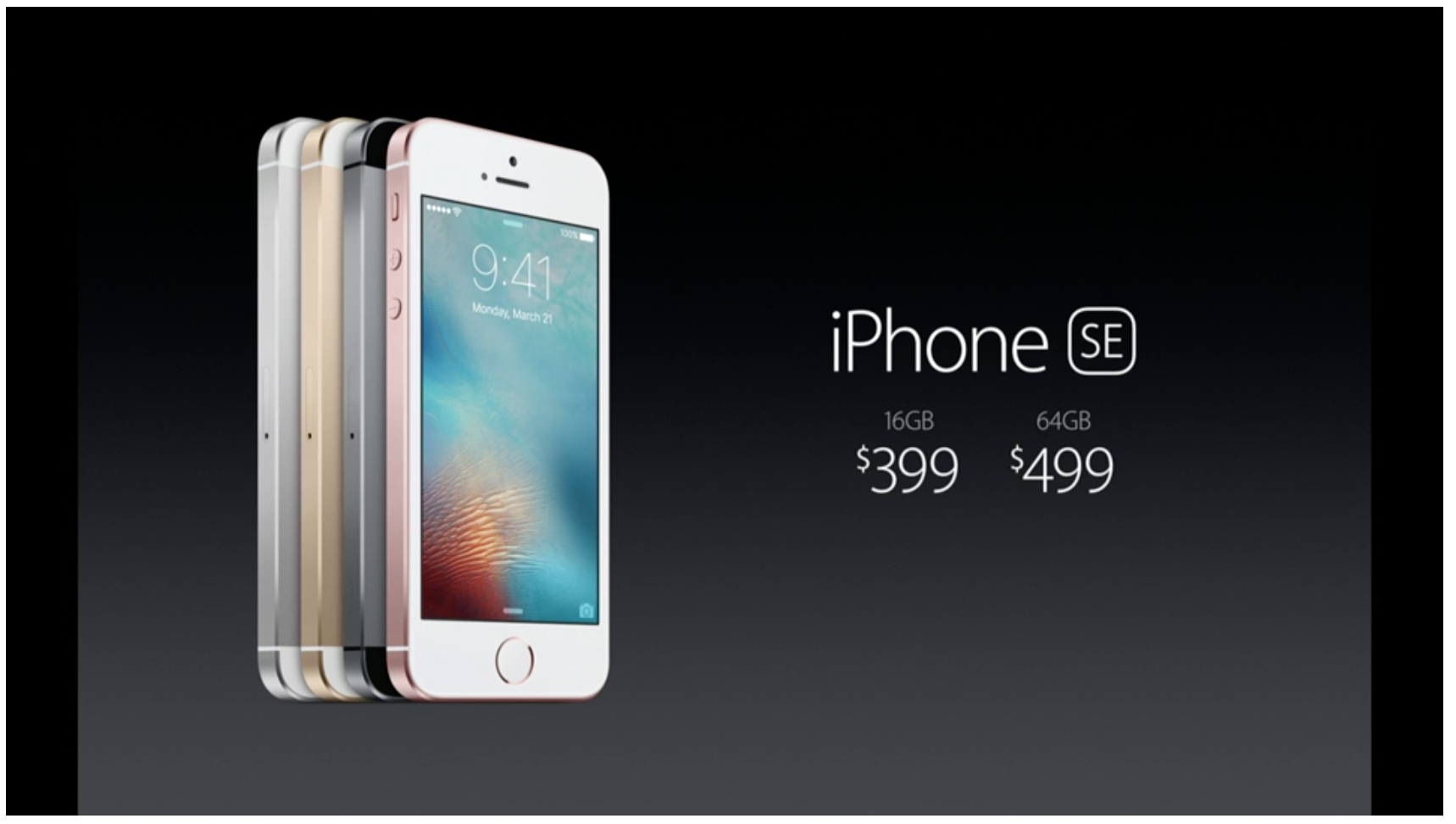 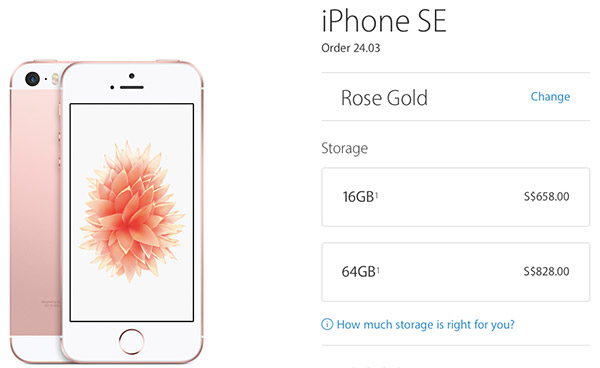 The new iPhone SE comes in 16GB and 64GB capacities, priced at S$658 and S$828 respectively. Pre-orders begin on March 24, with shipping starting on March 31. Singapore is one of the first few countries to receive the iPhone SE.