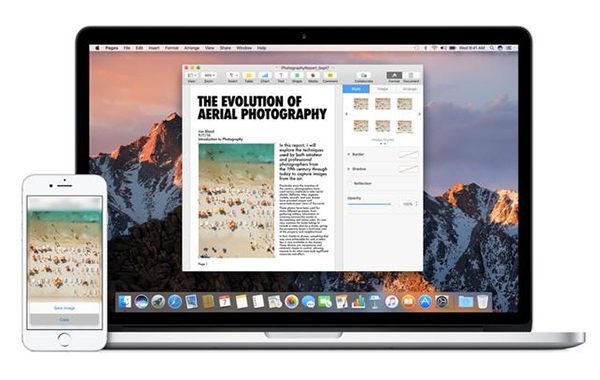 According to reports, Apple is reportedly planning to combine iOS and macOS apps to create a single user experience.

Codenamed "Marzipan", the project is rumored to be rolling out next year and could be announced at next year's WWDC.

This move will likely give the Mac App Store a boost, which, according to the report is "a ghost town of limited selection and rarely updated programs."

The idea is to create a single app that works for all machines so regardless whether it's an iOS and macOS device, users will be getting the latest features and updates.

The goal is to inject more life into the Mac App Store and get more Mac users excited about new apps.

This project could make work easier for developers too as they will be able to design a single app that will work with a touchscreen, mouse, or trackpad. This saves developers time as they currently have to design apps for two separate platforms - iOS and macOS.

App developer Steven Troughton-Smith said that this project could enable both platforms to "grow as one, and not one at the expense of the other." He also calls it "the biggest change to Apple’s software platform since iOS was introduced.”

This could also be part of a much larger plan by Apple to unify all of its hardware and software.

Apple decided years ago that it would design its own processors for its iPhones and there has been much speculation that it would do the same for its Macs.

Having a unified app platform would make it  easier for Macs to one day adopt Apple's own processors.