Apple Rakes in Record Revenue and Profits, Yet Shares Prices Continue to Dip

Apple Rakes in Record Revenue and Profits, Yet Shares Prices Continue to Dip 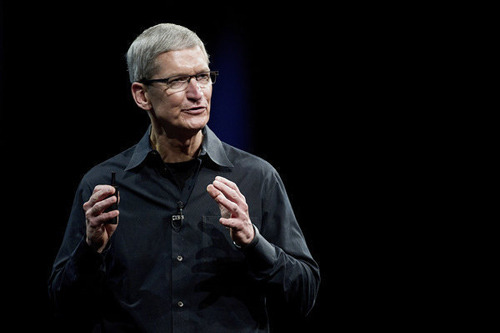 Apple has just announced its Q1 2013 financial report and its performance was nothing short of stellar. In the 13-weeks, Apple amassed both record revenues and profits, to the tune of $54.5 billion and $13.1 billion respectively.

Helping to achieve this was record sales of both iPhones and iPads. 47.8 million iPhones and nearly 23 million iPads were sold. However, sales of Macs and iPods were down. Nevertheless, Apple CEO Tim Cook was pleased and said:

“We’re thrilled with record revenue of over $54 billion and sales of over 75 million iOS devices in a single quarter. We’re very confident in our product pipeline as we continue to focus on innovation and making the best products in the world.”

Unfortunately, despite such impressive results, Apple's shares continued its downward trend. Share prices has slid to US$463.49 in after hours trading, a far cry from its record high of US$705 which was achieved in September. This is unusual considering both Google and Netflix performed less well but has seen prices of their stocks shot up 10% and 40% respectively.

As StockTwits founder Howard Lindzon has this to say:

"The company has never traded on its profit, it's the exact opposite of Amazon. Apple has been rewarded for its innovation. The market is expecting more magic. Apple is kind of stuck, for a company that executes so flawlessly. They are printing money, and the market doesn't care."

Still, Apple stockholders can expect a payout of US$2.65 per share.